Anna-Maria Meister: From Form to Norm 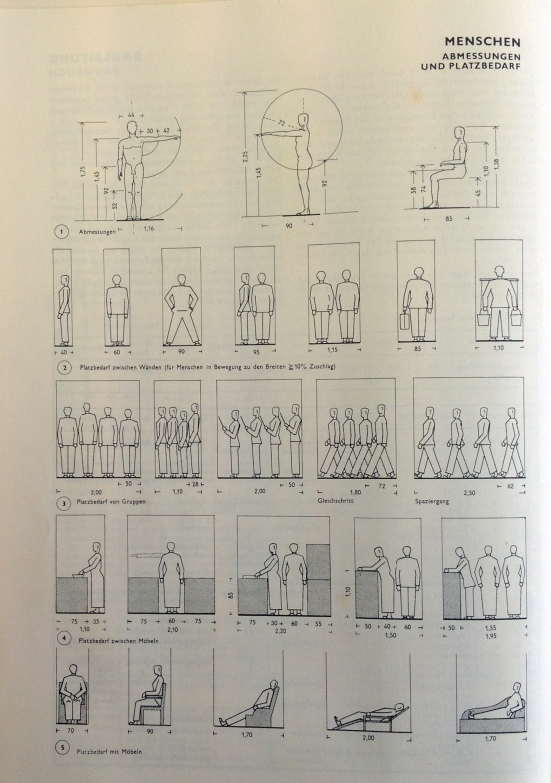 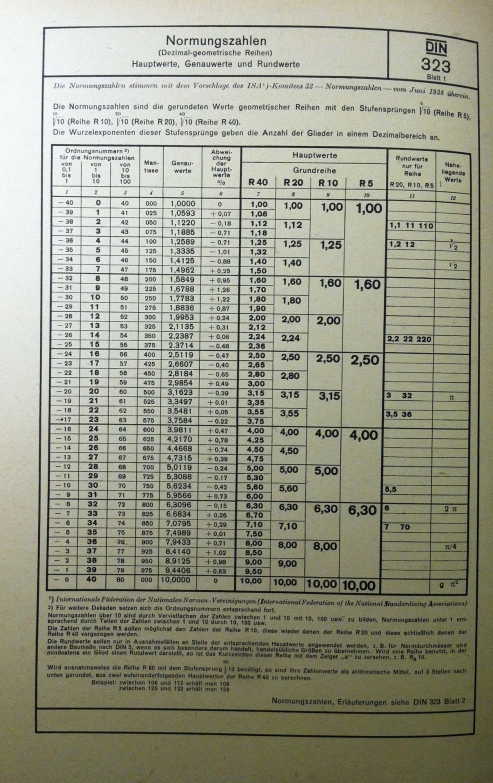 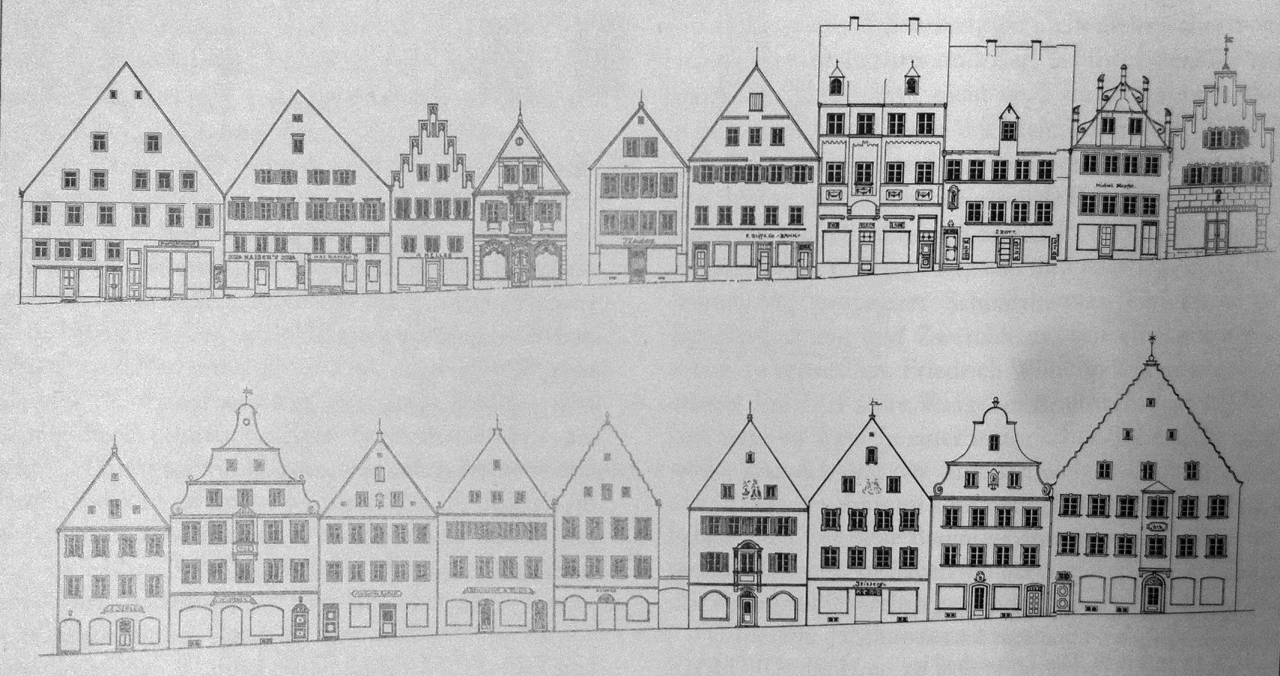 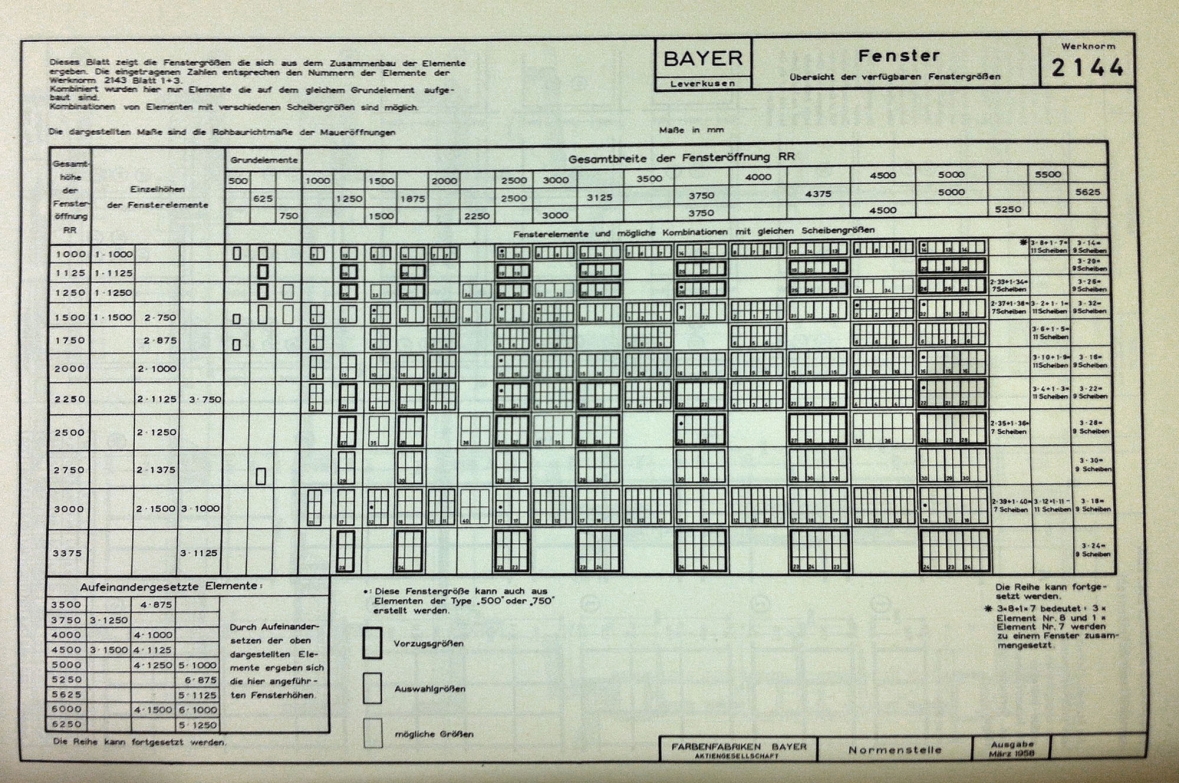 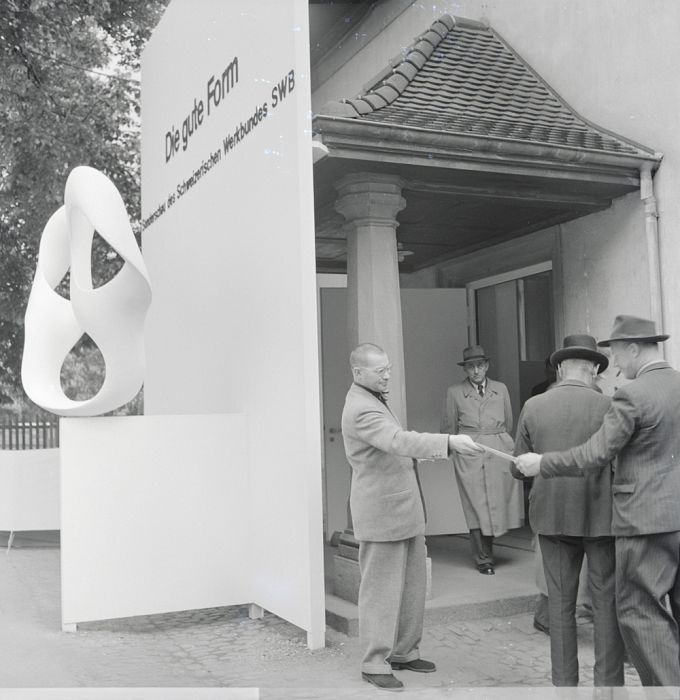 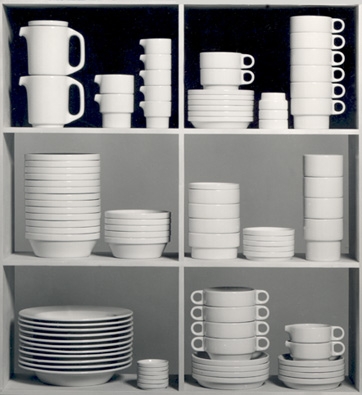 FROM FORM TO NORM: THE SYSTEMATIZATION OF VALUES IN GERMAN DESIGN 192X-196X

The search for form was a driving concern of architectural theorists in 19th century Germany. As a new nation-state sought a coherent aesthetics to represent its political unity, "good form" was presented as a reflection of "good ethics." With the advent of full mechanization in the early 20th century, however, architecture underwent a scale change: once a public art devoted to representing the state, it became part of the new discipline of industrial design, and buildings came to be seen as objects among others. At the same time, large industrial machinery was scaled down to household appliances, which became objects of design as well. The mass-production of those objects provoked the regulation of their shape, form and physical appearance. Standards were set, tolerances were defined—negotiated by an ever-growing set of technical norms. Formerly relying on principles derived from nature, good form was now to be prescribed by absolute quantities. The search for "the good" gradually migrated from aesthetic theory to the design of (and with) technological specifications.

My dissertation addresses "the norm" as design project in mid-20th century Germany, identifying it as a shared concern of bureaucratic authorities and creative producers who sought to bind together aesthetics and morals. Beyond their task of regulating object-producing machines, norms manifested and communicated desired social values. Whereas form-finding in the 19th century had been an individual undertaking, institutional frameworks became the primary sites for the production and implementation of 20th-Century aesthetic norms. Norms were both a designed project and design endeavor—conceived, administered, and disseminated by industrialist groups, state administrations, schools or art magazines. Design as authored by these institutional agents was not mere shaping or styling, but rather a way to extend the reach of aesthetics from a quest for "good form" towards a search for the "best format." Institutions of different backgrounds and motivations partook in this agenda of formatting society—the norm was their shared tool.

The first attempt to standardize norms on a national level came from the German Institute of Norm (DIN), founded in 1917. Originally conceived to coordinate Germany’s military and industry, this technocratic organization soon broadened its ambitions to regulate the future for the "benefit of all of Germany." The DIN created the Normenwerk to normalize German production—a systemt that broadly disseminated moral and aesthetic values, materialized as technological specifications. Under the rhetoric of economic optimization, norms provided the instrument to streamline the momentum of industrial progress, which was seen as the gateway to a betterment of society. Norms proliferated and regulated more and more objects, boosted by the desire for social reform through technological growth. Schools soon followed suit. The Bauhochschule Weimar under Otto Bartning pushed towards a "new architecture" through typological method. The Dessau Bauhaus under Hannes Meyer educated the modern architect as a scientist who would operate through standardized processes, while dismissing "form-finding" as "purely artistic." The logic of the norm both amplified and altered the disciplinary drive for new forms; German committees, programs and councils were created not only to disseminate normed objects, but to approve and administrate the values they embodied.

The growing collection of norms mediated between large scale industrialization and the individual. Processes of homogenization and reduction left the consumer with only one available option—the screw, or the window. Idealized definitions of every-thing were circulated as parts of objects, buildings and cities. Where the A4 formatted administrative processes, the norming of a window was to format one's view of the world. The norm prescribed behavioral codes by establishing specific relations between object and subject, and negotiating „tolerable errors" in things and people alike. The dynamic between production and reception of norms became reversible: curricula were standardized, while in turn normalizing students, and the normed door handle was both the physical manifestation of values and a normative object in German homes.

The dissertation traces the dissemination and reception of objects both normed (such as the A4 paper format or the serialized window) and normalizing (such as Ernst Neufert's Bauordnungslehre and Maßordnung) through three different German political systems, from the Weimar Republic through the Third Reich to postwar reconstruction. I will take the norm as an ontological model: its multiple temporalities of documentation and prescription, its material status as reproducible object defining reproducible objects, its respective role in the larger Normenwerk, its definition of tolerable deviation and minimally necessary precision. The operations of the norm system, designed to facilitate mass produced objects, will then be traced in the production of knowledge, of institutional values, and of politics. My case studies will span from the 1920s, when the first DIN-designed objects reached mass-consumers, to the 1960s, when the self-proclaimed morality instilled in "good objects" at the HfG Ulm was superseded by the design of processes and environments.

Although aesthetic discourses surrounding the norm revolved around technological and economic advancement, the norm inspired strikingly vivid spiritual fantasies of moral virtue, embodying what  Walter Hellmich, the DIN's first director, called Idealistische Sachlichkeit (idealistic objectivity). The norm served as medium for re-enchantment, offering its reliable systematicity as projection screen for a new morality. Hellmich saw as one aspiration of the norm the creation of a Gewissensgemeinschaft (community of conscience), and Walter Porstmann called the A4 paper format he invented "the carrier of the spiritual traffic of the world." Bruno Latour has argued that the advent of industrialization encouraged a delegation of ethics to machines. In Germany, however, what was regulated were not only tasks, but the very desire for codification: as if precision, tolerance, and the elimination of flaws could be outsourced to bureaucracy itself. Reform was seen as the necessary step to societal change on a national, and ultimately global, level—and it was communicated, disseminated and imagined through the norm.

This dissertation aims to trace the progression from form-finding to norm-defining and its investment in moral and aesthetic values beyond the rhetoric of economic and technological advancements. I hope to embed the norm in the history of German design, scrutinizing tropes associated with Modern architecture (such as rationality, order and normativity) in relation to qualities often assigned to the norm as "rational" tool (such as neutrality, technocracy, efficiency). This dissertation as part of a larger intellectual project wants to undermine the assumed distinction between an enlightened rationality of technology and a re-enchanted ideology of aesthetics and morals. I pose the analysis of (literal and material) normalization processes as necessary for an understanding of Germany's attempt to (re-)create values through design by reading the norm as the origin of both the design of information, and the design through information.