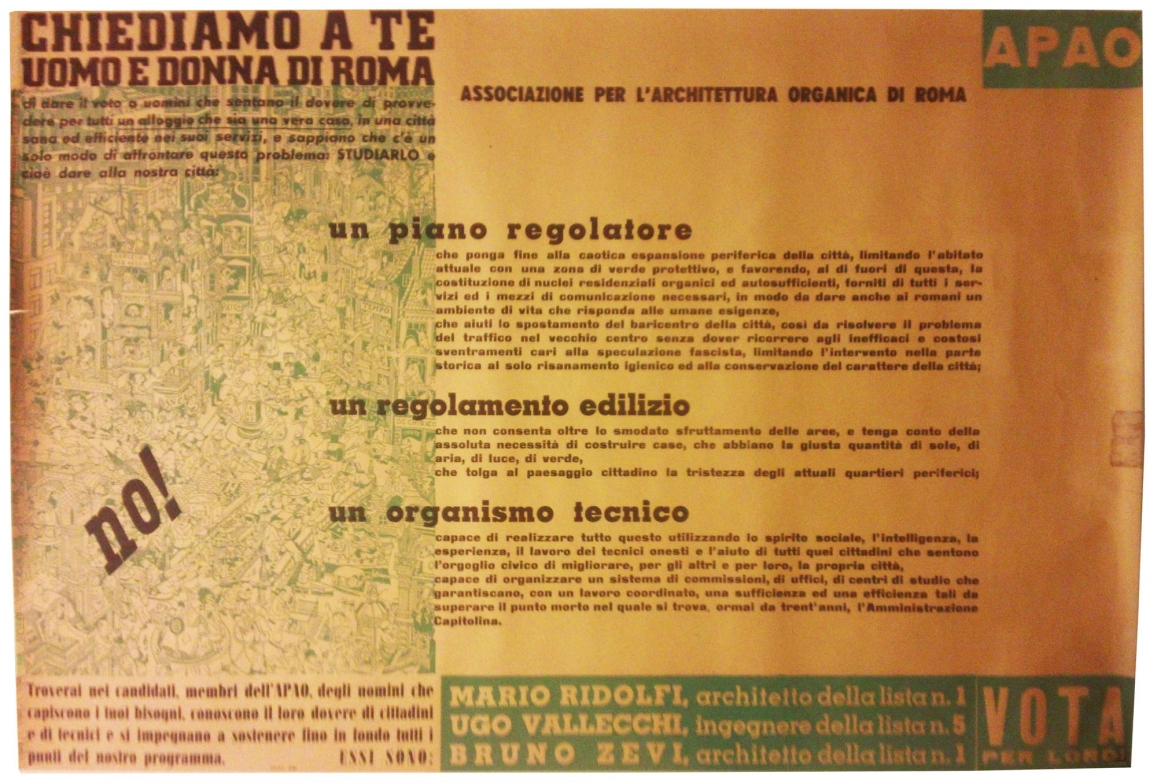 Political philosopher Norberto Bobbio has written: "I have to confess that…each and every day, I experience a flash of wonder, verging on incredulity, at the longevity of this chronic ailment that is our democracy." Indeed, among Europe's postwar democracies, none is more paradoxical than Italy. Despite, or perhaps because of its compromised origin—the creation of a formal democracy of rules and standards without substantive norms for how it would be implemented, reinforced and perpetuated—as well as its fickle political alliances, endless numbers of parties, ideological intransigence, and the public's resignation to dysfunction, Italy's democracy provided fuel for architects and urbanists to experiment with and sometimes against the State and the political system. Yet the bond between postwar Italian design and forms of governing has never been comprehensively studied. Questioning the relationship of political economy to design practices requires a historical study not of "how things got to be the way they are," but of the alternatives explored, the hypotheses tested, the imagining of different futures, the roads not taken, and those moments when architects participated in government and in governing, formed their own political parties, joined existing parties or worked against them, wrote laws, made policy, worked with legislators and took politics into their own hands.

This dissertation hypothesizes that rereading Italian architectural theory and experimentation from the 1930s to the 1960s as political theory offers the possibility of registering the growing disenchantment on the part of Italian architects with the paradoxes, aporias and limitations of liberal democracy. It is organized into six paradigms—party, institution, participation, bureaucracy, school and territory. Case studies within each paradigm explicate the networks of power, policy, law, economics and activism into which architects and planners insinuated themselves. Architects were central in the nation's rebirth, first during Reconstruction by imagining a post-Fascist, democratic Italy, and later, by posing alternatives to what came to be known as Italy's "difficult democracy." Italy's post-Fascist democracy was neither total with regard to its form and ideas nor universally accepted. After designs that reflected, and in some cases challenged the new political system, the government's unsuccessful attempts to implement effective planning policies to constrain unplanned urban growth posed new problems for architects. Urban dilemmas were not mere byproducts of the boom economico; they reflected the compromises and intransigence of parliamentarism and the inertia of the partitocrazia (the democracy of the parties). In short, this dissertation collects a series of experiments that range from efforts to give architectural form to liberal democracy, to projects that conclude that liberal democracy had become a threat to the city.