"Objects, Networks, and the Earth" (lecture)

The actor­-network method of Bruno Latour and others has gained extensive influence throughout the humanities and social sciences. At the heart of this method is a radically relational conception of actants, according to which actants are nothing more than what they do. In his recent Gifford Lectures in Edinburgh, Latour began extending his methods to a consideration of the earth, saying that Gaia is not a pre­-existent reality, but must be politically composed. In this lecture, Graham Harman applies his earlier critique of Latour’s relational model of actants (as presented in Prince of Networks) to the latter’s treatment of Gaia.

Prince of Networks on re.Press. 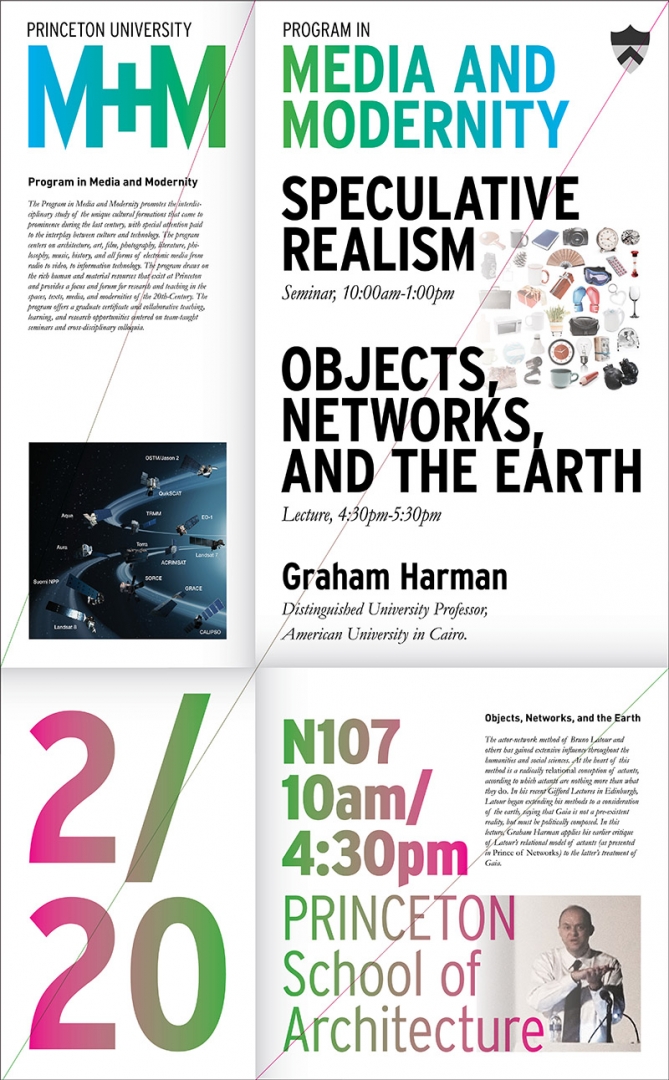