This lecture explores Isidore Isou’s and Maurice Lemaître’s films in relation to the ciné-club tradition, a popular educational venue for learning about film. It analyzes how ciné-club debate became a primary material for Lettrist films both on and off the screen. The talk stems from Kaira M. Cabañas's book Off-Screen Cinema: Isidore Isou and the Lettrist Avant-Garde. 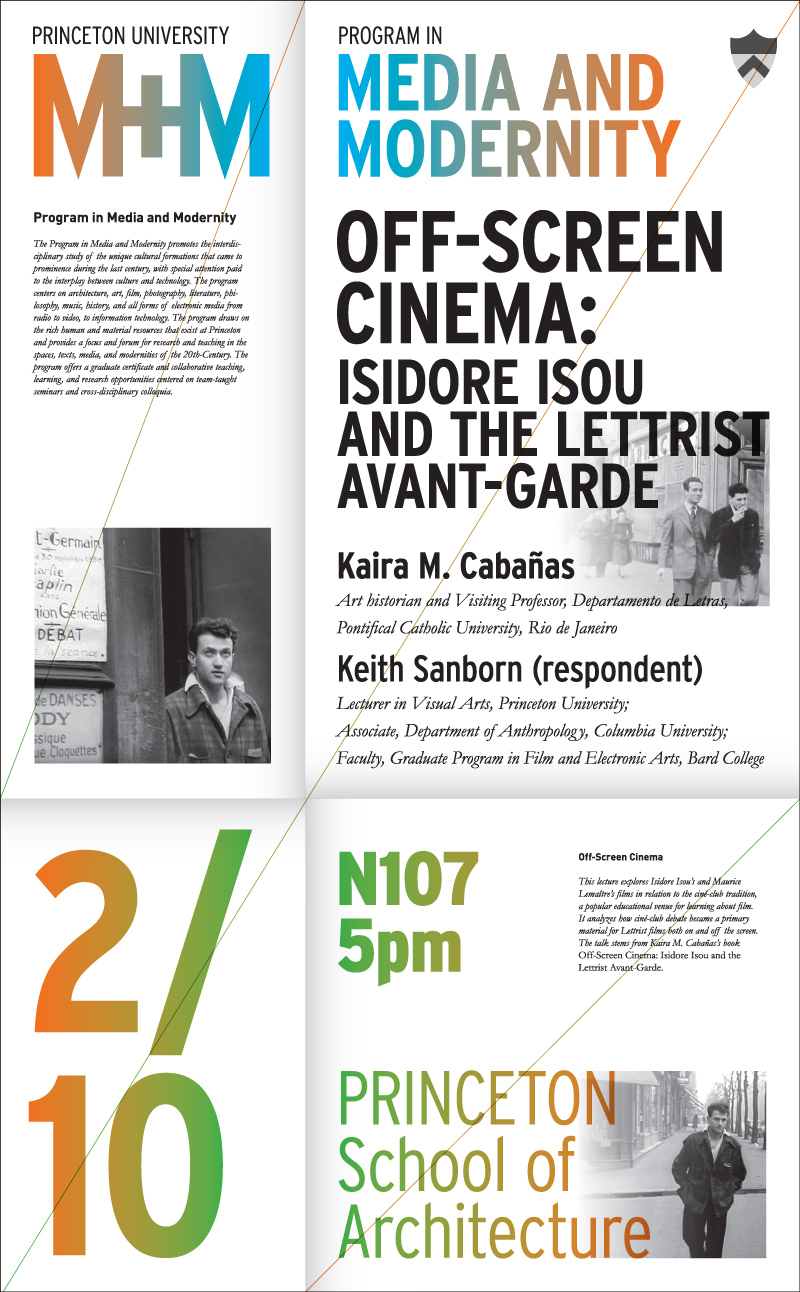 Kaira M. Cabañas is an art historian and visiting professor in the Departamento de Letras at the Pontifical Catholic University of Rio de Janeiro, as well as the author of The Myth of Nouveau Réalisme: Art and the Performative in Postwar France (Yale University Press, 2013). In 2012 she served as co-curator for the exhibition Specters of Artaud: Language and the Arts in the 1950s at the Museo Nacional Centro de Arte Reina Sofía. Cabañas’s writings have appeared in numerous museum catalogs and academic journals including Grey Room, Oxford Art Journal, and Les Cahiers du Musée national d’art moderne. She regularly contributes to Artforum.

Keith Sanborn is a media artist, theorist, translator and educator based in New York. His work has been the subject of numerous one-person shows, and has been included in major surveys (The Whitney Biennial, The American Century, Monter/Sampler) and in festivals (OVNI, Rotterdam, EMAF). His theoretical work has appeared in Artforum, various anthologies and exhibition catalogs for MoMA, the San Francisco Cinematheque, and other galleries and museums. He has translated into English the work of Debord, Viénet, Wolman, Bataille, Napoleon, Gioli and Shub. He has been the recipient of a Fulbright Fellowship, a Jerome Grant and a THING fellowship.