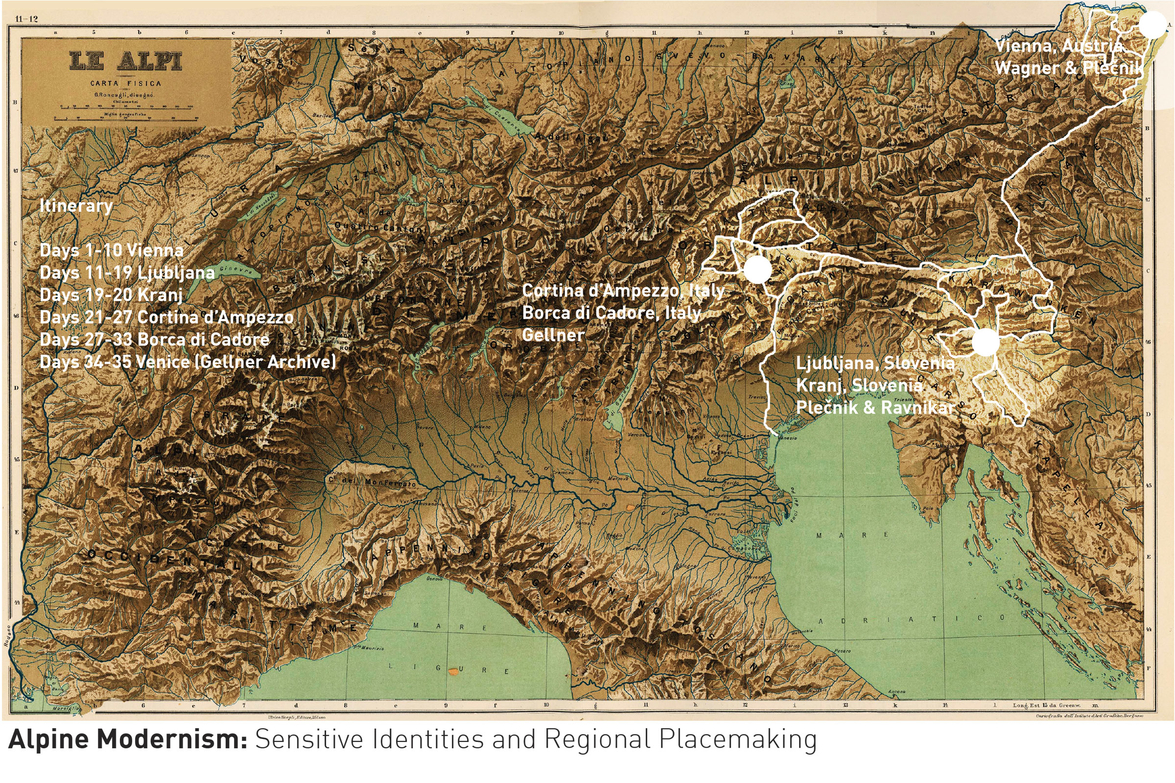 Robert A.M. Stern Architects announced that Kyle Schumann is the winner of the 2017 RAMSA Travel Fellowship. Schumann, an M.Arch student at the School of Architecture, will be awarded $10,000 to fund travel to Austria, Slovenia, and Italy, where he will study the work of architects Jože Plečnik, Otto Wagner, Edoardo Gellner, and Edvard Ravnikar.

In his submission Alpine Modernism: Sensitive Identities and Regional Placemaking, Schumann wrote that these architects engaged with “complex and often conflicting cultural histories, coupled with the challenging geography and climate of the Alpine region,” which he argues “necessitated an architecture intricately sensitive to material, cultural, and programmatic contexts.”

The jurors were persuaded by the geographic focus of the proposal and the clarity of its intent. “Mr. Schumann’s plan to investigate Alpine architecture that mediates modernism and regional tradition intrigued us,” said the jury. “His proposal to study how the region expresses itself in all scales, from small interiors, to houses, to civic structures, to urban planning schemes, is extremely relevant to RAMSA’s practice.”

The jury—RAMSA Partners Melissa DelVecchio, Daniel Lobitz, and Grant F. Marani—was also impressed by the quality of this year's 46 submissions (more than double the number in 2016) from 15 schools. Ying Qi Chen, an M.Arch student at the School of Architecture, also received an honorable mention as a finalist for the Fellowship.