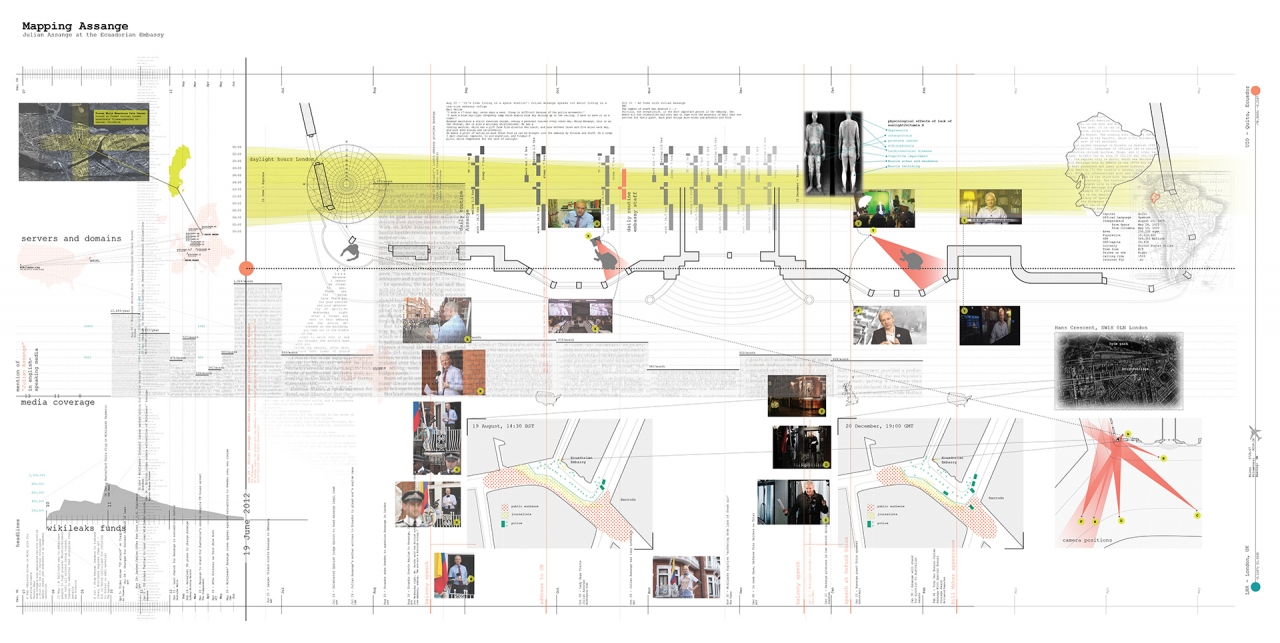 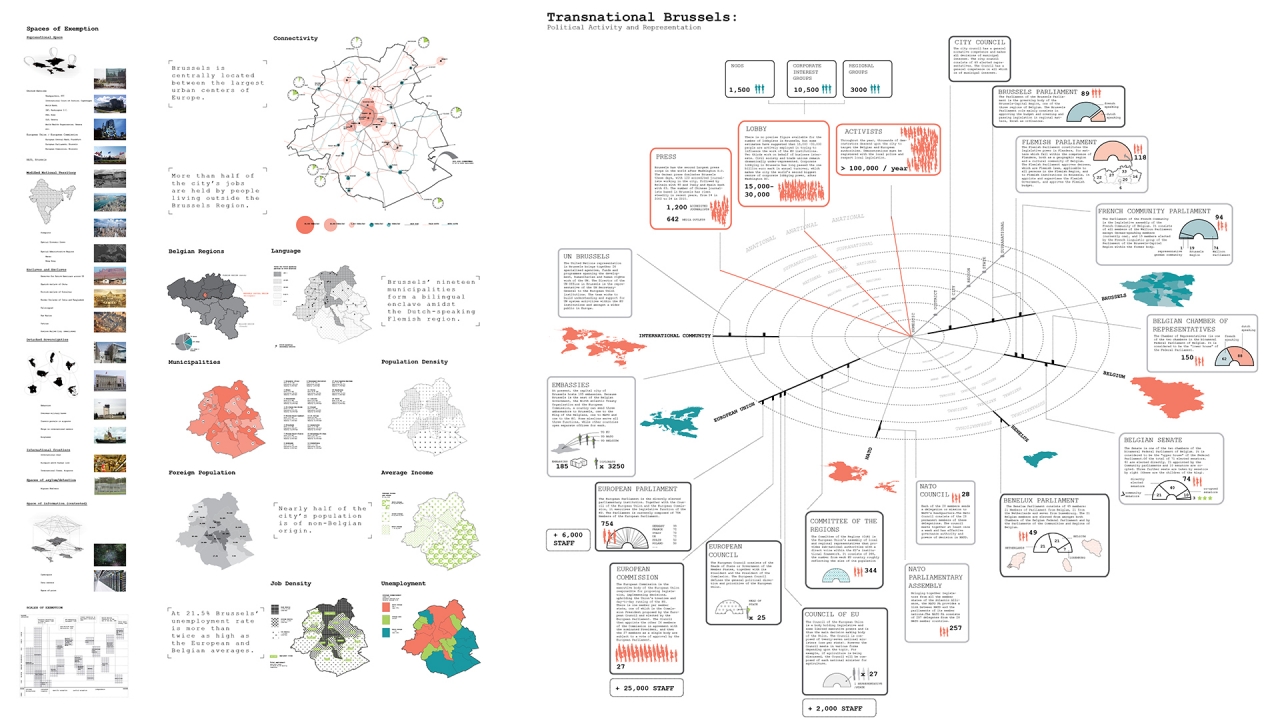 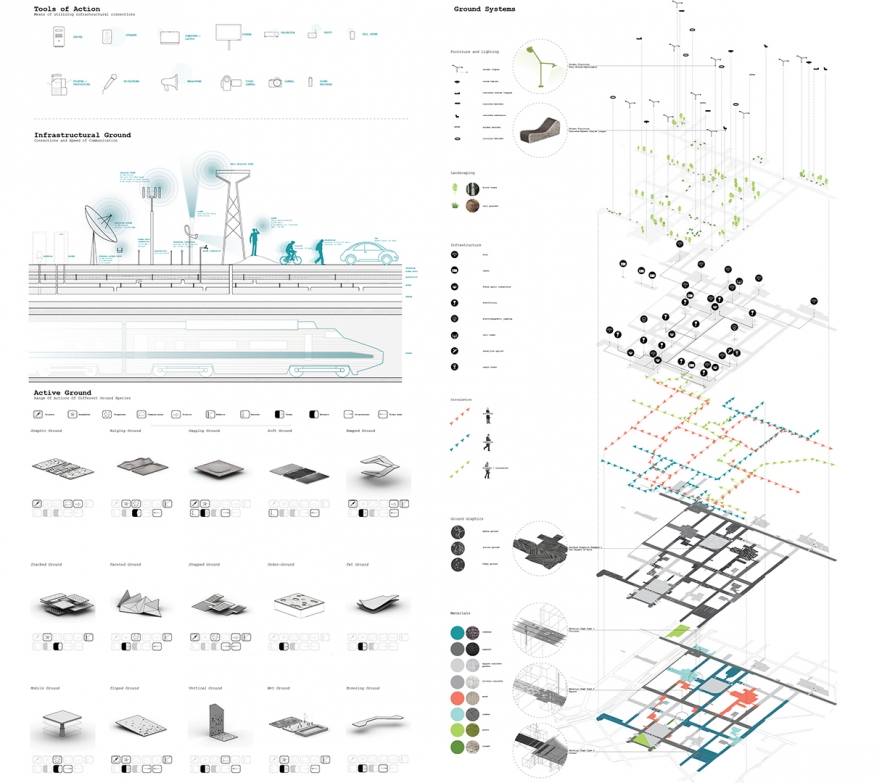 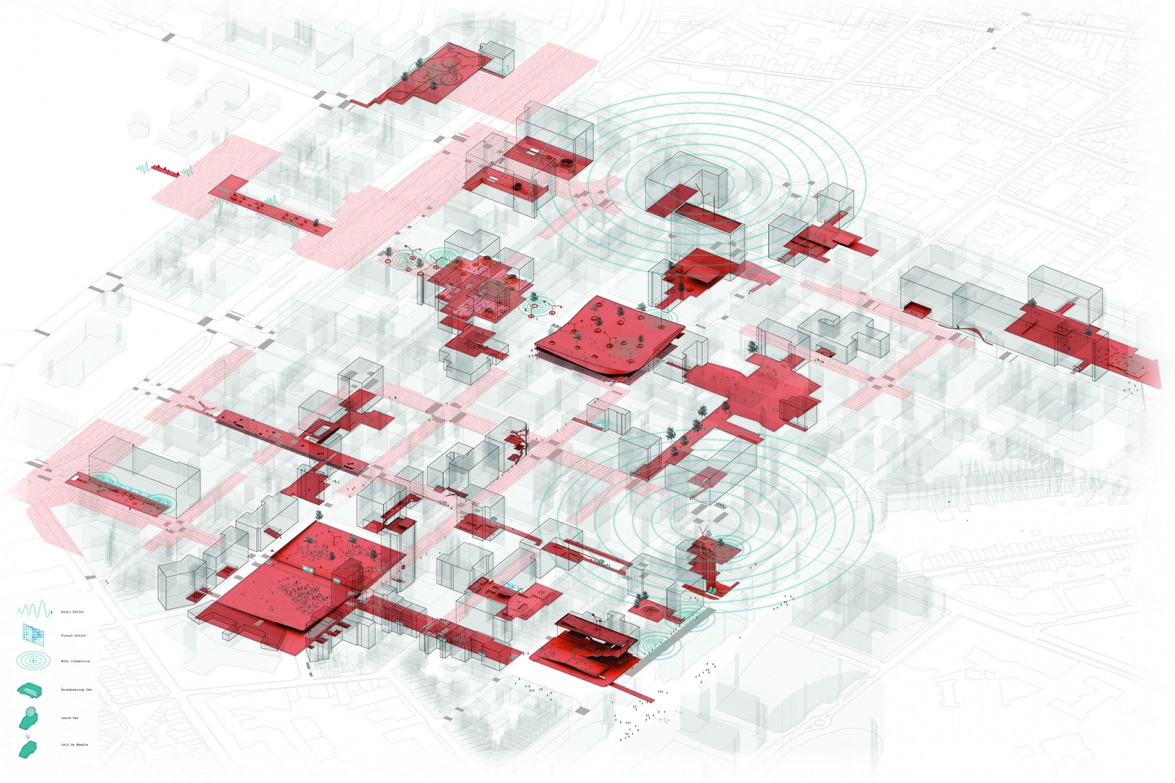 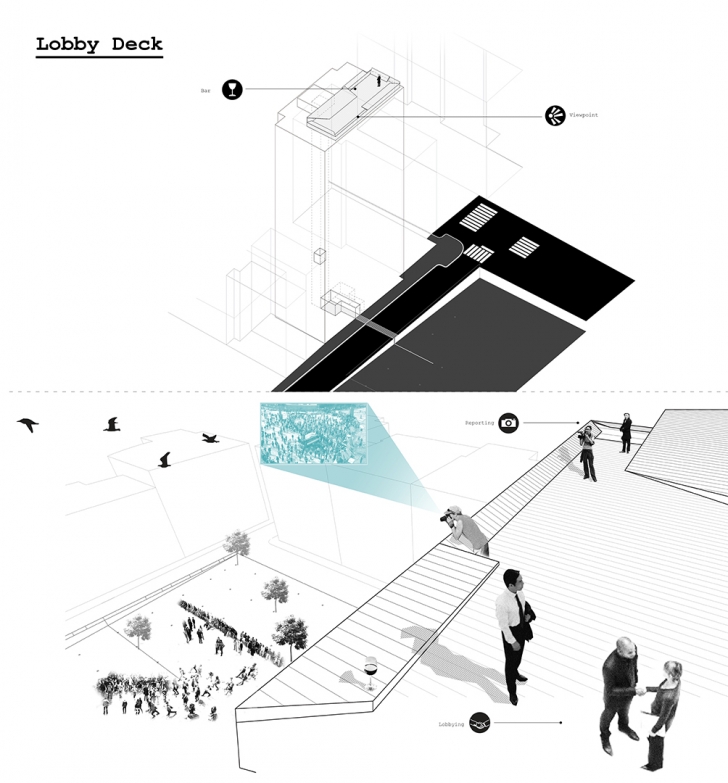 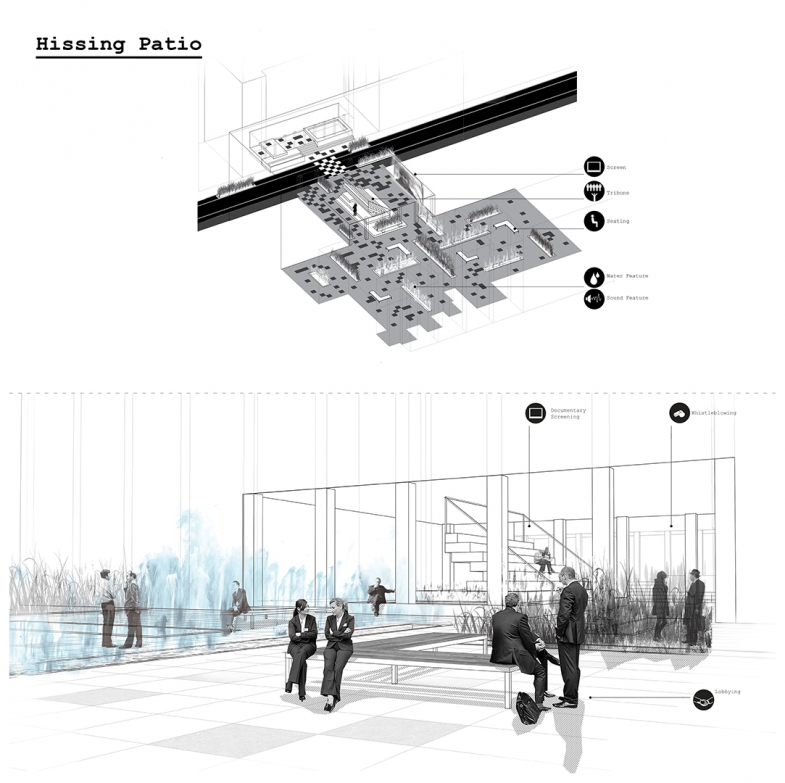 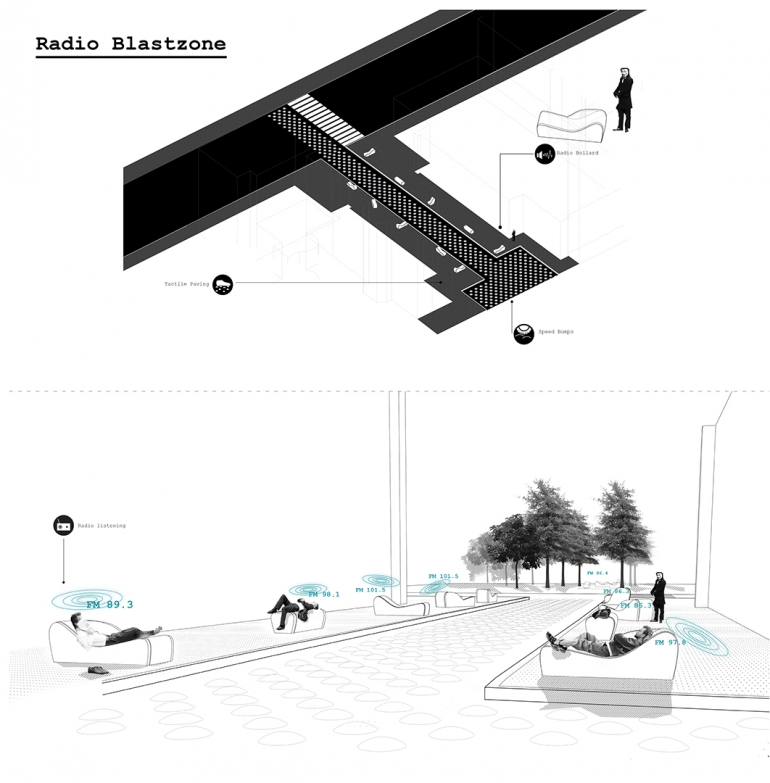 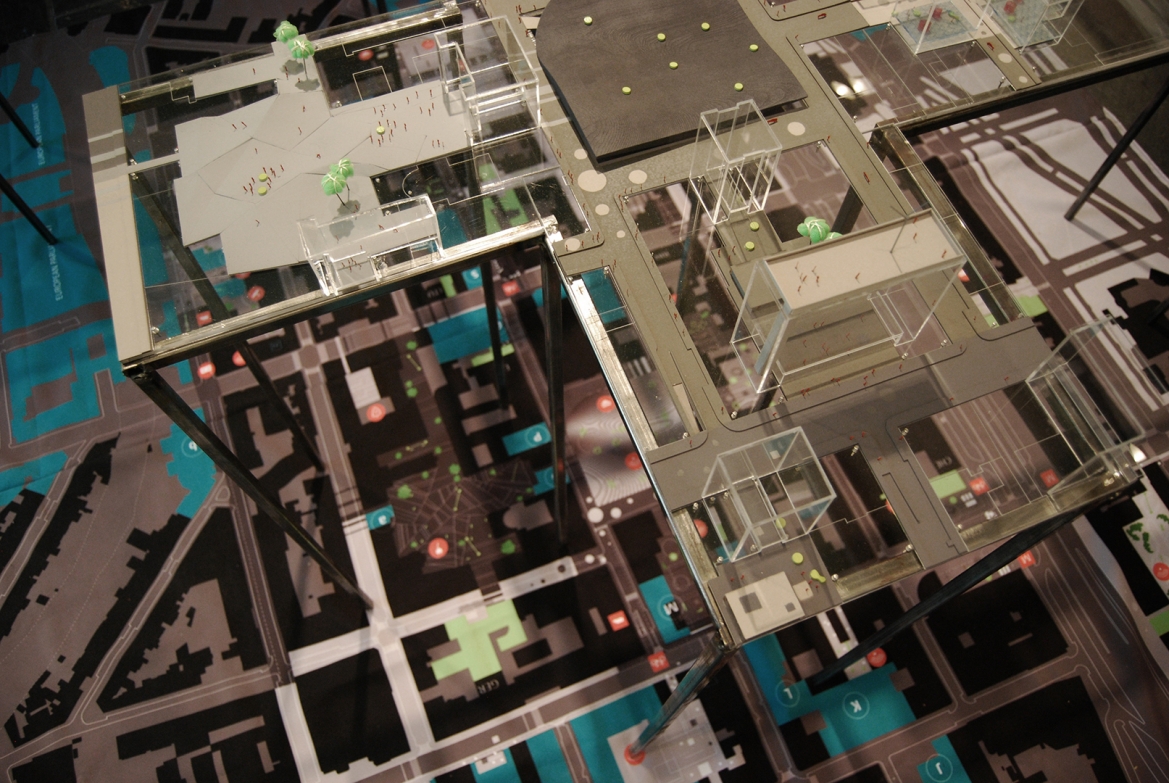 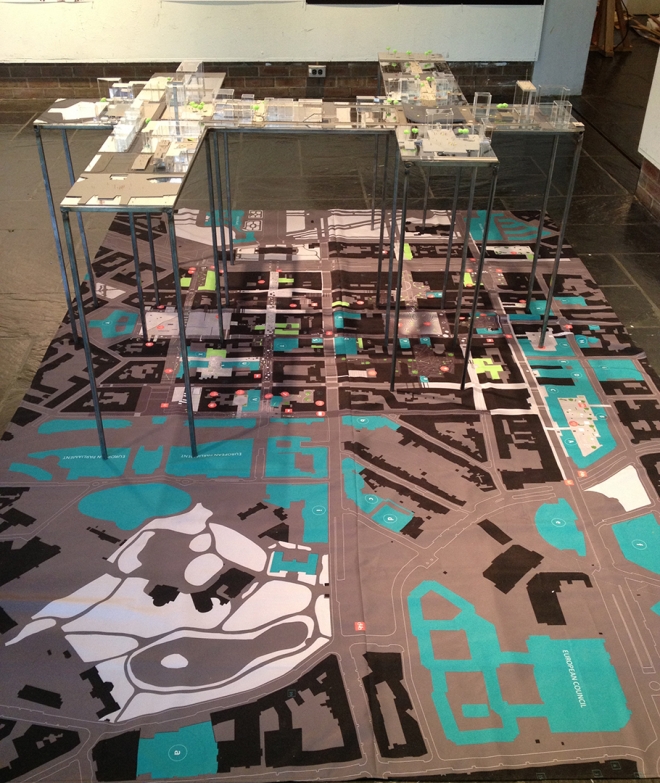 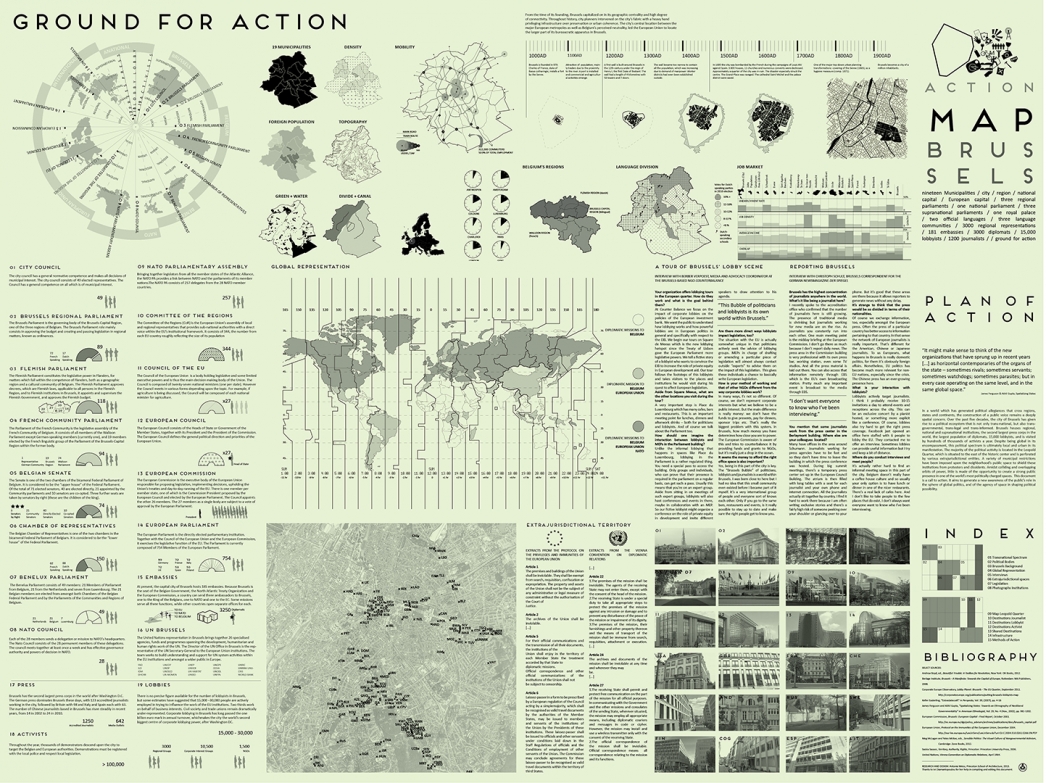 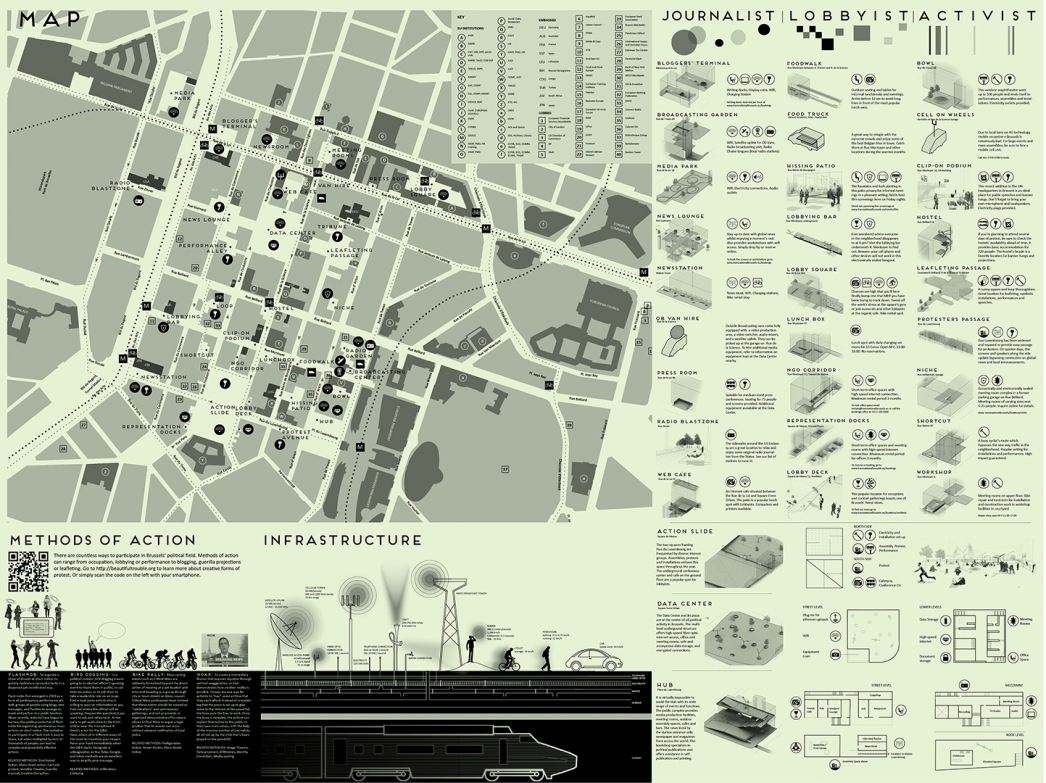 In a world which has generated political allegiances that cross regions, states and continents, the construction of a public voice remains a deeply spatial concern. This project considers architecture’s political agency in the context of transnational politics. Building upon initial research on Julian Assange and the political potential of “Spaces of Exemption” (such as embassies and supranational institutions), the thesis looks at the city of Brussels as the paradigmatic example of a truly transnational space. The majority of the city’s political activity is located in the Leopold Quarter, which is perforated by various extrajurisdictional entities. A variety of municipal restrictions have been imposed upon the area’s public space to shield these institutions from protesters and dissidents. Amidst colliding and overlapping orbits of power, little is currently made of the opportunity to create a strong public presence in one of the world’s most politically charged spaces.  The project seeks to invert this condition: to make global politics a local and tangible affair and to insert the public into this powerful cocktail of political actors. The proposal provides a masterplan for a significant increase in the amount of public space, alongside a wide spectrum of program that is inserted into both existing and newly claimed public space. Rather than restricting the definition of activism to protest and occupation, political participation is understood as a field of possible actions, ranging from lobbying or blogging to guerilla projections and leafleting. The project seeks to learn from the spatial dynamics of Assange’s speeches and situates new interventions in the overlaps between different orbits of power. Much emphasis is thus placed on the architectural articulation of edge conditions – whether they be street curbs, blast zones, railings or jurisdictional borders - as moments charged with political potential.