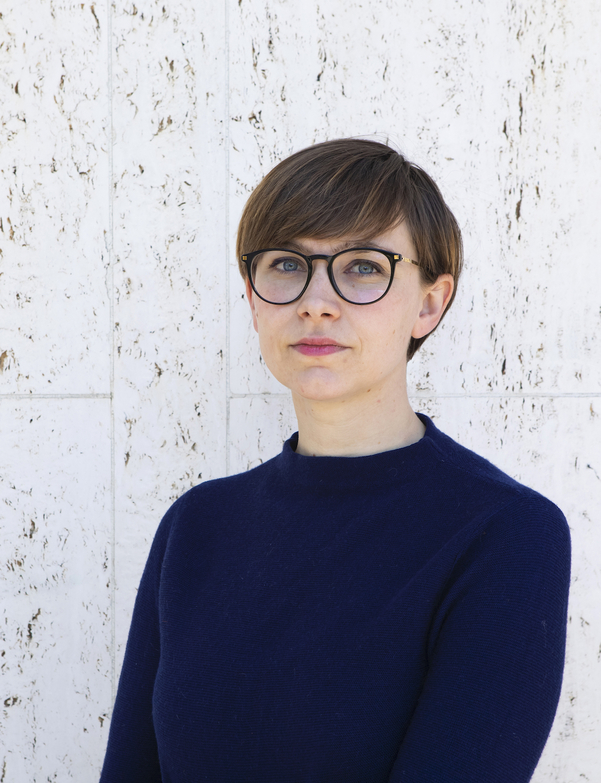 S.E. Eisterer is an Assistant Professor for Architectural History and Theory at the School of Architecture at Princeton University. In the year 2022 she is also the Pearl Resnick Fellow at the Mandel Center for Advanced Holocaust Studies at the United States Holocaust Memorial Museum and a Senior Fellow with the Alexander von Humboldt Foundation. Before joining Princeton University, she was a faculty member at Boston University and the Stuart Weitzman School of Design at the University of Pennsylvania, where she served as Executive Board member for the program in Gender, Sexuality, and Women’s Studies.

S.E.’s research focuses on spatial histories of dissidence, feminist, queer, and trans theory, as well as the labor of social and ecological movements. Currently, she is working on two forthcoming book projects: the interdisciplinary history and translation project Memories of the Resistance: Margarete Schütte-Lihotzky and the Architecture of Collective Dissidence, 1918–1989 and the edited volume Living Room: Architecture, Gender, Theory, which illuminates methods and theories in writing about feminist and LGBTQIA+ spaces in architecture. S.E.’s writing has appeared in academic journals, books, and translations, among them Architectural Histories, Architecture Beyond Europe, Ediciones ARQ, Platform, and Log. With Erin Sassin, S.E. is the co-editor States of Emergency: Architecture, Urbanism, and the First World War (Leuven University Press/Cornell University Press, 2022). In 2020 she gave the Detlef Mertins Memorial Lecture on the History of Modernity at Columbia University, which honors promising research by an Assistant Professor.

Interdisciplinary collaborations in architecture and beyond are important to S.E.. Prior to arriving at Princeton, S.E. co-organized the Provost-sponsored Excellence through Diversity lecture series from 2018-2021 with Maya Alam, David Hartt, and Akira Drake Rodriguez and coordinated the undergraduate honors thesis in architecture at the University of Pennsylvania. With Torsten Lange, she co-founded the European Architectural History Network’s Architecture and Environment Group in 2017 and Queer Space Working Group in 2021. She is also a member of the Columbia based Insurgent Domesticities Group, founded by Anooradha Siddiqi. Ph.D. students who work with S.E. are interested in interdisciplinary themes of inquiry as well and conduct work in variety of fields, spanning gender and queer theory, environmentalism, the histories of housing and cooperative movements, architecture and literature, as well as urban culture. In 2020 S.E. was awarded the Perkins Holmes Teaching Award, based on nominations by her undergraduate students. In the same year she won the inaugural Lynda S. Hart Teaching Award for a faculty granted by the Alice Paul Center and the Gender, Sexuality, and Women's Studies Program.

S.E.’s scholarly work has been supported by the Botstiber Foundation for Austrian-American Studies, the Clarence Stein Fellowship for Landscape and Urban Studies, the Society for the Humanities at Cornell University, the Austrian Federal Ministry for Education, and the Viennese Mayor’s Office. She is the winner of the Carter Manny Award and the Bruno Zevi Award. S.E. was a Fellow at the Princeton-Mellon Initiative (2020-2021) and the Frieda L. Miller Fellow at the Radcliffe Institute for Advanced Study (2017-2018). She holds a Mag.Arch. from the Academy of Fine Arts, Vienna and an M.A. and Ph.D. from Cornell University in History of Architecture and Urbanism.

“One Day Walking into Freedom,” Log, Special Issue on Co-Authoring by Ann Lui and Ana Miljački

States of Emergency with Erin Sassin