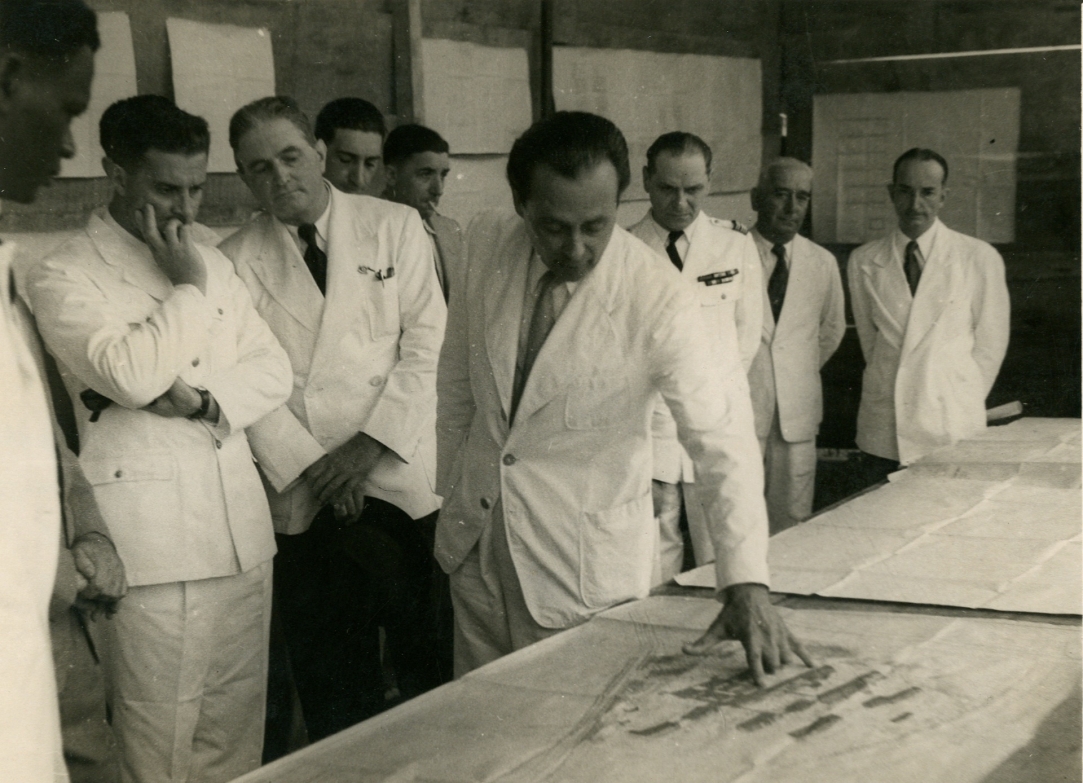 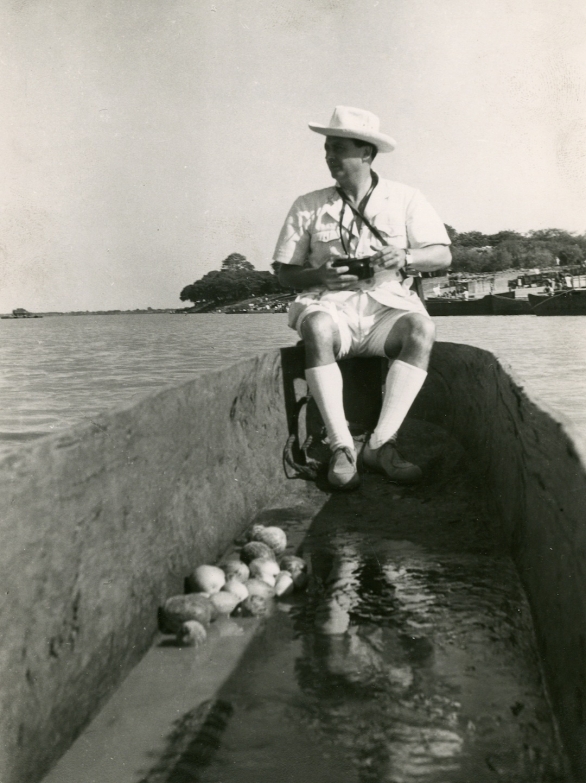 After World War II, territories in French Black Africa – once considered the outer limits of la plus grande France – found themselves in an unfamiliar position: both in recognition of their wartime utility in resistance efforts and by pure serendipity, they became the centerpiece in an ambitious scheme to modernize the French overseas territories. The legacy of this scheme are the many civic buildings, housing settlements, and urban plans initiated in this period to improve living standards for France's African subjects; but these were only one part of the story. The rest is that such colonial intervention had been made even more conspicuous by the rudimentary development that preceded it in these particular territories. Furthermore, tackling the climatic and sanitary concerns blamed for this rudimentary development in the tropics now presented the ultimate showcase for French ingenuity after the losses of the war. More than any other time and place, the cultivation of technical expertise became the crucial first step in the postwar modernization of French Black Africa. Between 1945 and 1975, French authorities therefore launched research ensembles to systematically document local conditions, advisory committees to standardize building solutions, and technical consultancies to convey this wealth of knowledge to the many architects and planners working in the tropics for the first time. My dissertation examines how the technical expertise cultivated within this elaborate apparatus of colonial development facilitated postwar architectural production in French Black Africa and thereby, enacted the colonial administration's broader political objectives.

The sort of entanglement outlined here between technical expertise and politics has been understood through the concept of techno-politics. Notably, techno-political readings have revealed how specific technological practices in colonial science, medicine, both shaped the exercise of political power and masked the other forms of agency present therein. Yet architecture, despite its earlier-noted centrality to modernization efforts, has only entered such readings so far in its simplest form as shelter from the elements. The goal of this dissertation is two-fold. On one hand, it introduces a broader analysis of architectural design to the discourse of techno-politics, which recognizes architecture's inherent image-making role. Where architectural history itself struggles to articulate the complexity of postwar architectural production outside the West – either portraying it as a one-way traffic from imperial metropolis to colonial peripheries or privileging only the human actors – the dissertation, on the other hand, draws useful insights from techno-political research. As such, the techno-politics of postwar architectural production in French Black Africa becomes not just a way to track the political implications of technical expertise generated in the colonial development apparatus at this time, but also, to uncover the broader spectrum of agencies involved in this process.

The main question posed by the dissertation is therefore this: how was the particular assemblage forged, from technical expertise, politics, and several other factors, that facilitated postwar architectural production in French Black Africa? In this respect, the dissertation follows a precedent set by research into the construction of scientific facts and technological artifacts within science and technology studies. Initially, the standard methodology in this field was to identify a situation of complexity, to track its resolution, and in so doing, to determine the broader implications of that resolution. More recently, however, new methodologies have emerged that re-imagine this linear trajectory as a heterogeneous web of interactions. Rather than conventional human actors, scholars like Bruno Latour and Michel Callon instead track the agency of "actants," which may be human or non-human on one hand and act as individual actors or networks on the other. To make the same methodological shift in this dissertation would be to address both the human (colonial administrators, architects, subject populations) and non-human (policies, materials, instruments) actants involved in postwar architectural production in French Black Africa while continually situating these individual actors within the broader apparatus of colonial development. My hypothesis is that such symmetrical analysis will help answer the dissertation's research question.

The dissertation engages this hypothesis from two angles. Chronologically, it charts the evolution of technical expertise within the colonial development apparatus over the three most active decades of operation; and thematically, it examines these successive periods through the respective entry-points of expert, artifact, and fact. Part one (1945-55) focuses on the French architect Jean-Henri Calsat, who emerged as an "expert" of tropical architecture through his advisory role in both CSTB (Centre Scientifique et Technique du Bâtiment) and BCEOM (Bureau Central d'Équipement du Bâtiment), and design role on the 1950 master plan for Douala, Cameroun. Part two (1955-65) follows the implementation of a technological "artifact," the mass-produced aluminum roof-umbrella, by French design ensemble ATEA-SETAP as part of their 1960 master plan for Abidjan, Côte d'Ivoire, commissioned by SCET (Société Central d'Équipement du Territoire). Part three (1965-75) traces the construction of the scientific "fact" constituted by the urban research of SMUH (Secrétariat des Missions d'Urbanisme et d'Habitat) and its successive outgrowths, MFU (Mission Française d'Urbanisme) and BEAU (Bureau d'Études et Aménagements Urbaine) in the Congolese capital of Kinshasa. Where each of the dissertation's parts offers a different narrative of techno-politics, read in conjunction, they reveal a larger transition from the ambitious projects of the immediate postwar period to the more sustainable bilateral development that continued after the independence of France's African territories. By weaving together these micro and meta-narratives, the dissertation in turn seeks to bring specificity to discussions on postwar architectural production outside the West whilst proposing more accurate strategies for global development initiatives.