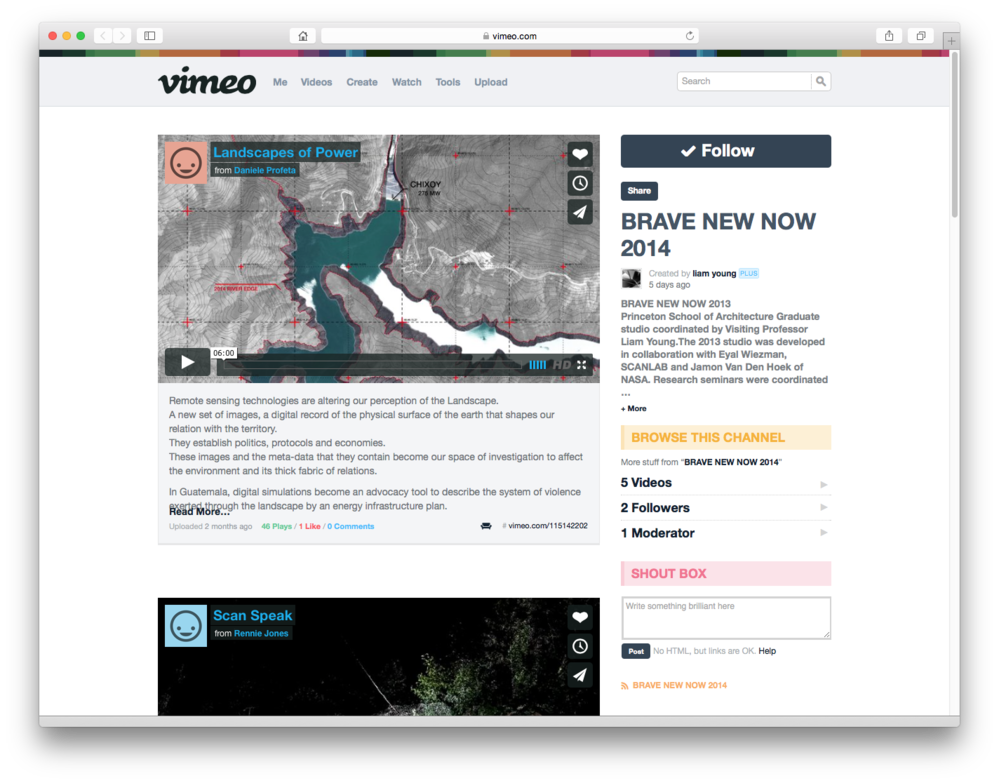 Projects explored the politics of machine vision within the context of the forests of Guatemala.  In this context satellite imagery, LIDAR scanning and aerial photography has been deployed in war crimes trails bought against Guatemalan military leaders of the 1980's and forensic futures practices looking at the potential effects on local indigenous populations of large scale hydro electric infrastructures.

The student films produced for this class are collected in a Vimeo channel:
https://vimeo.com/channels/bravenewnow2014