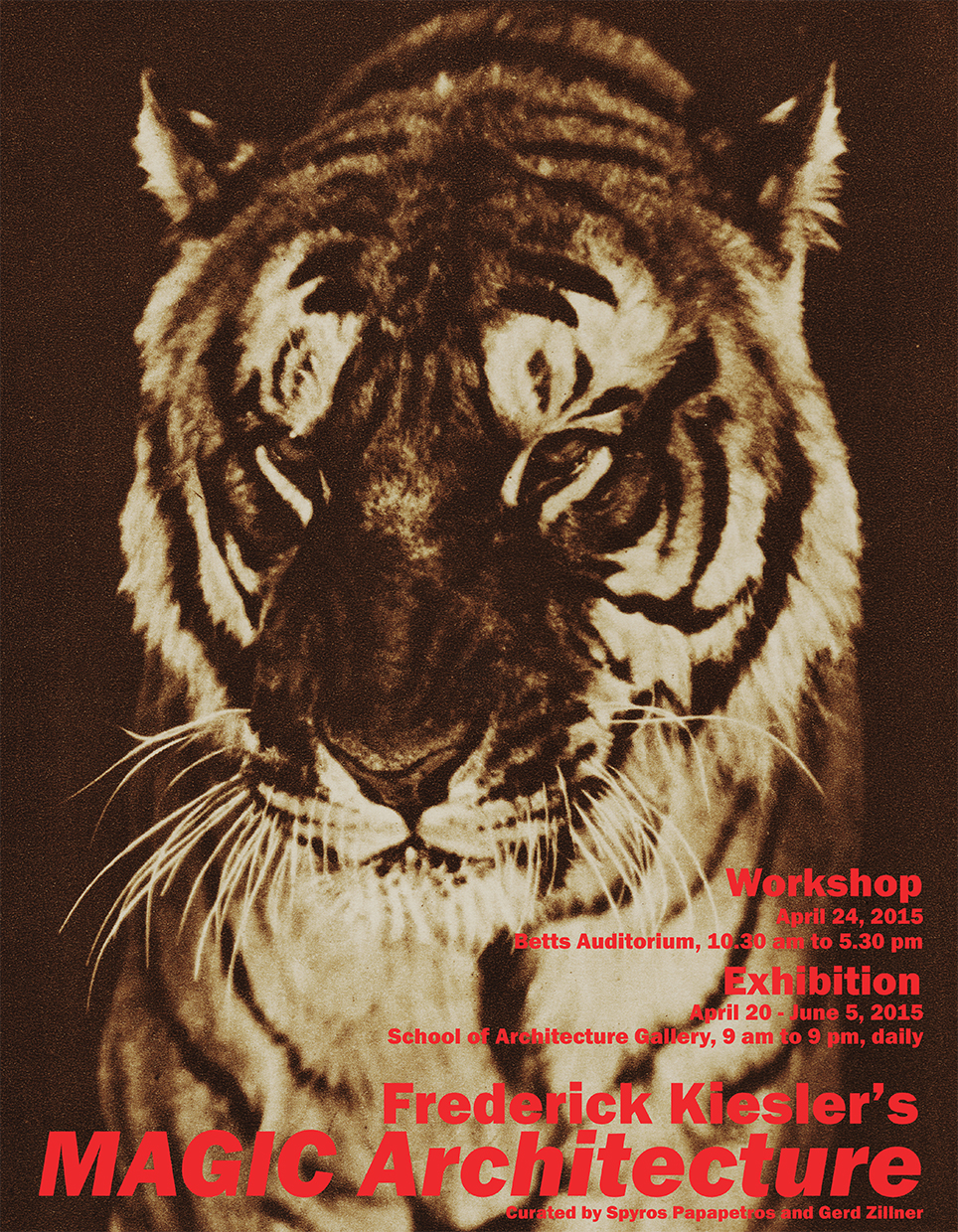 The first public view of Frederick Kiesler's book manuscript entitled Magic Architecture (ca. 1947) telling the "story of human housing" from the caves and animal habitations of prehistory to the technological shelters of the post-atomic age. The exhibition will showcase parts of Kiesler's original typescript, the complete set of maquettes for the sixty composite illustrations prepared by the architect, as well as manuscript drafts, sketches, and newspaper clippings documenting his multi-year research in anthropological, ethnographic, and scientific sources.

The exhibition is divided into four parts following the main themes of Kiesler’s manuscript:

MA IV: The New ‘Unity of Vision and Fact’

The exhibition is supported by a grant from the David A. Gardner ’69 Magic Project of Princeton University and the Austrian Frederick and Lillian Kiesler Private Foundation in Vienna, the School of Architecture, and the Program in Media and Modernity at Princeton University.