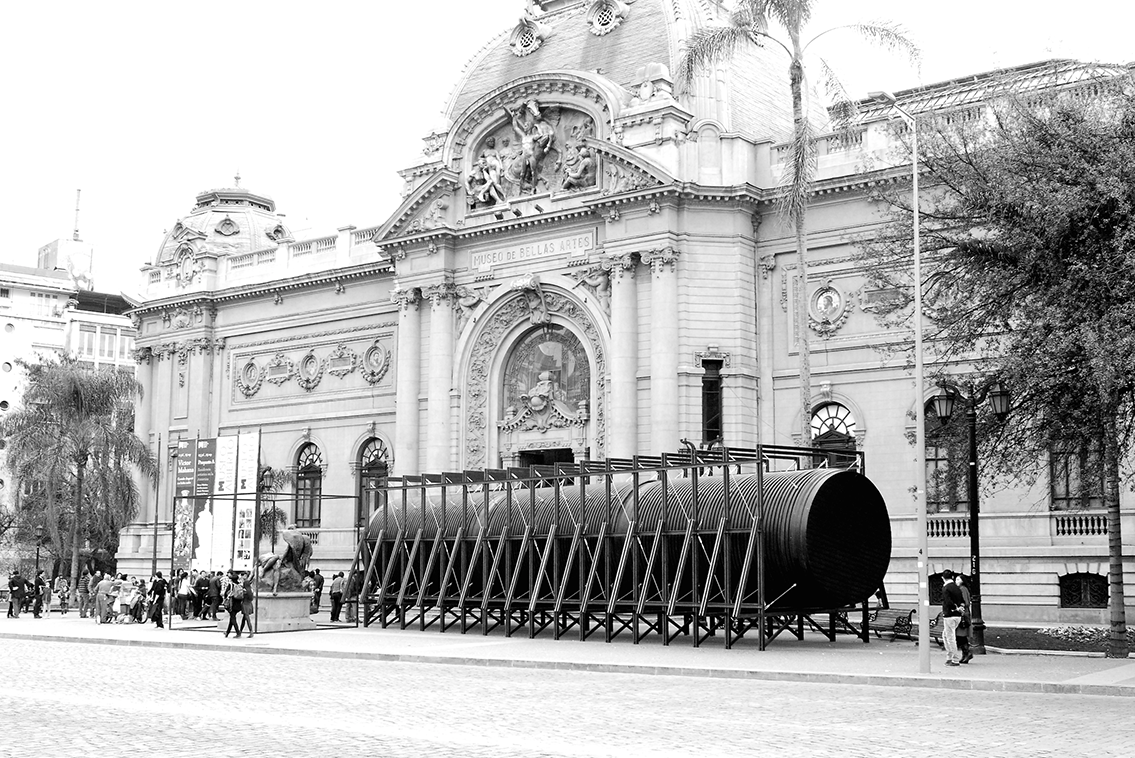 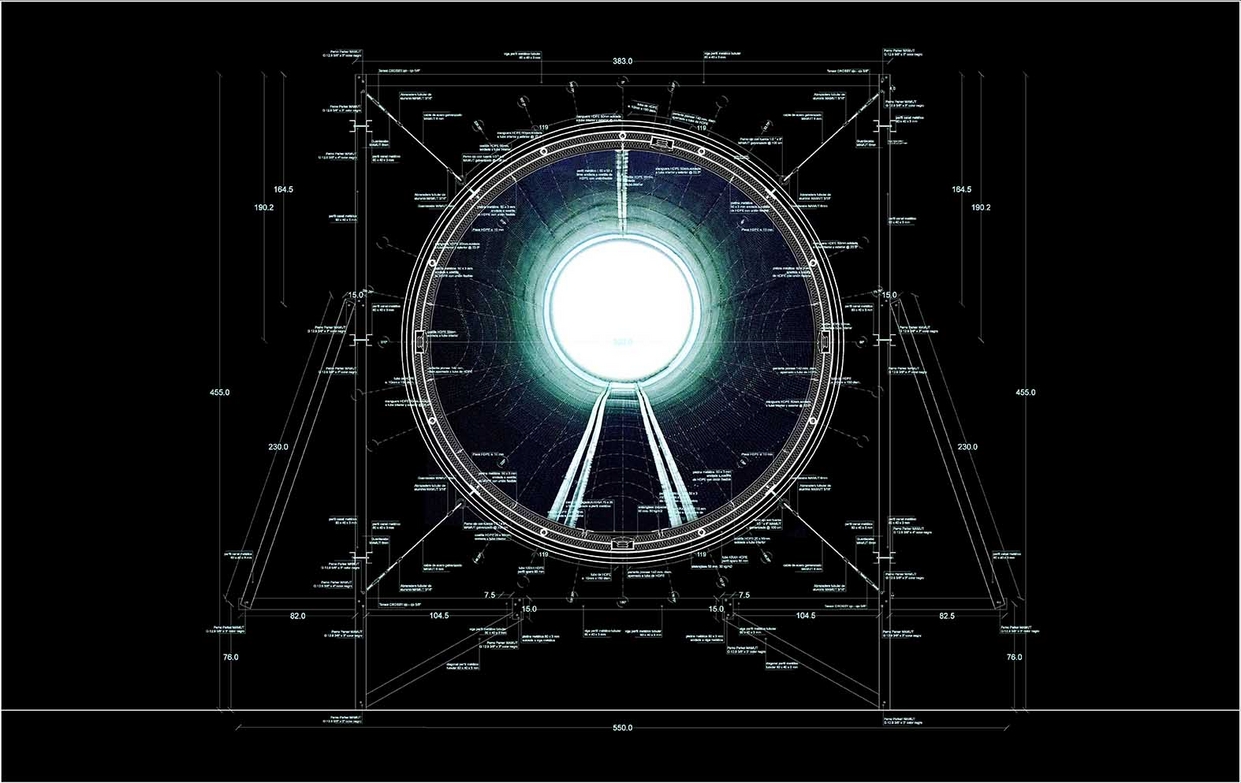 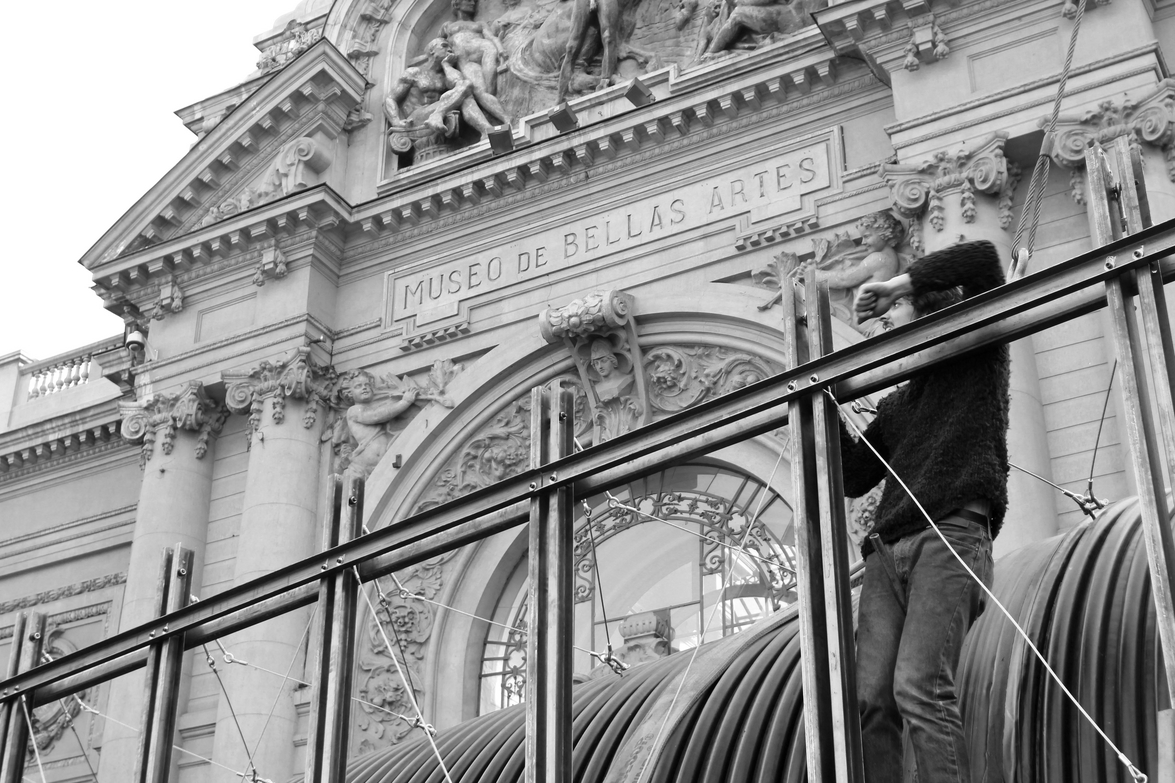 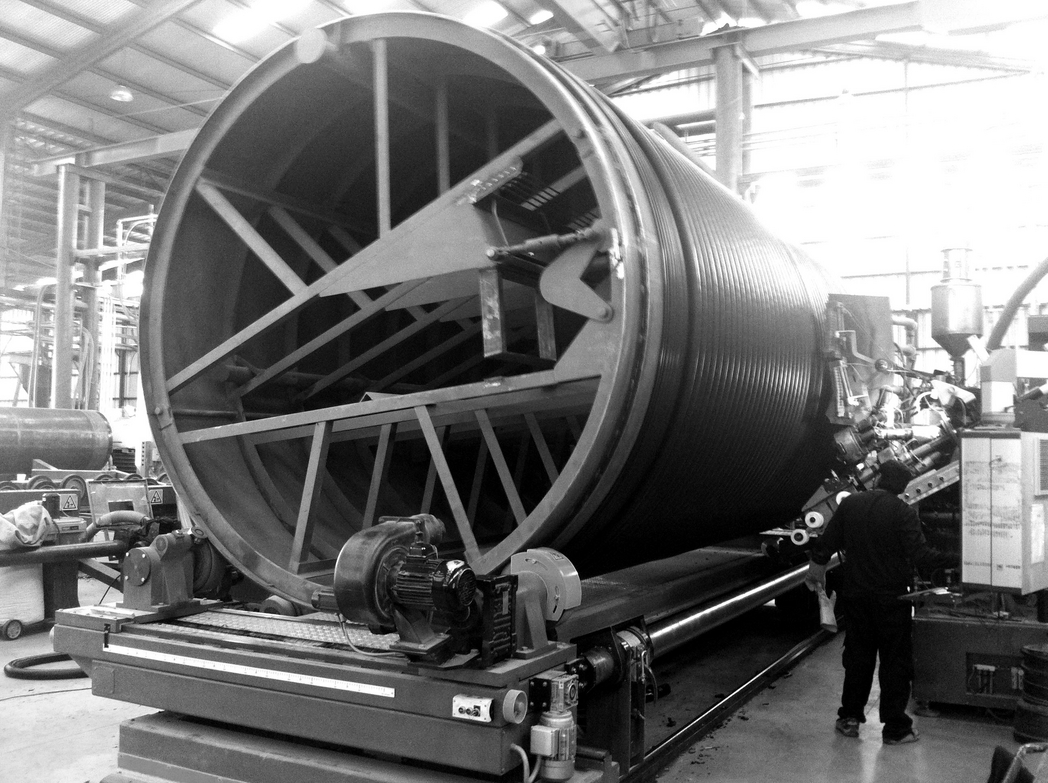 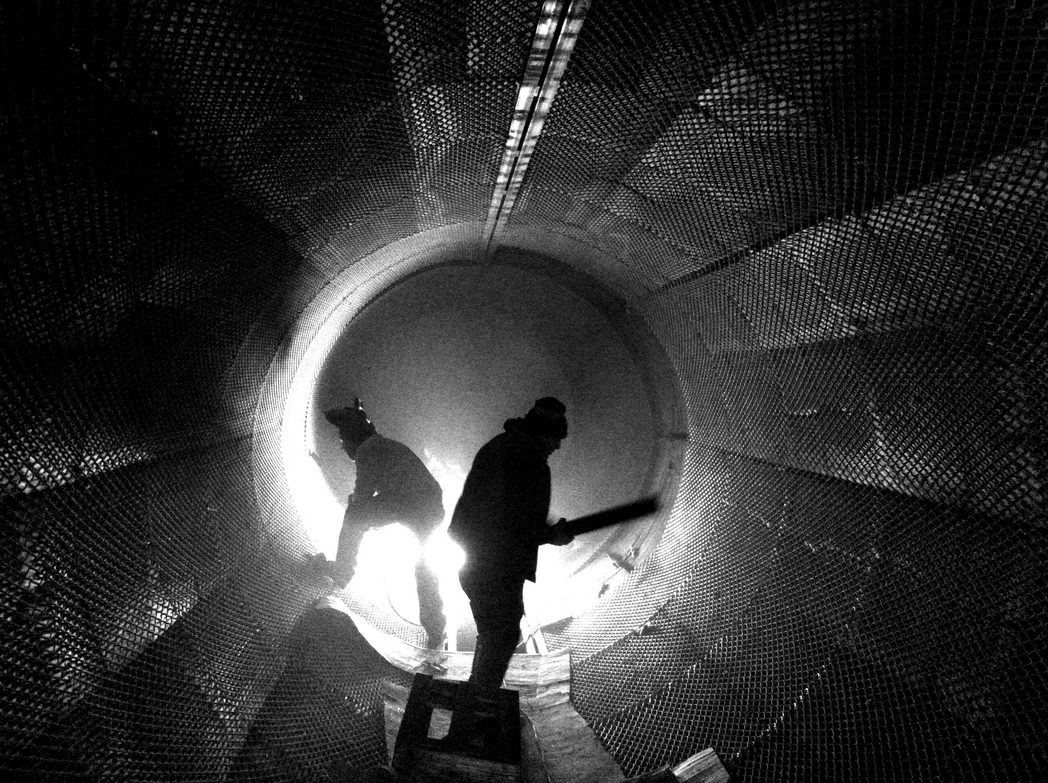 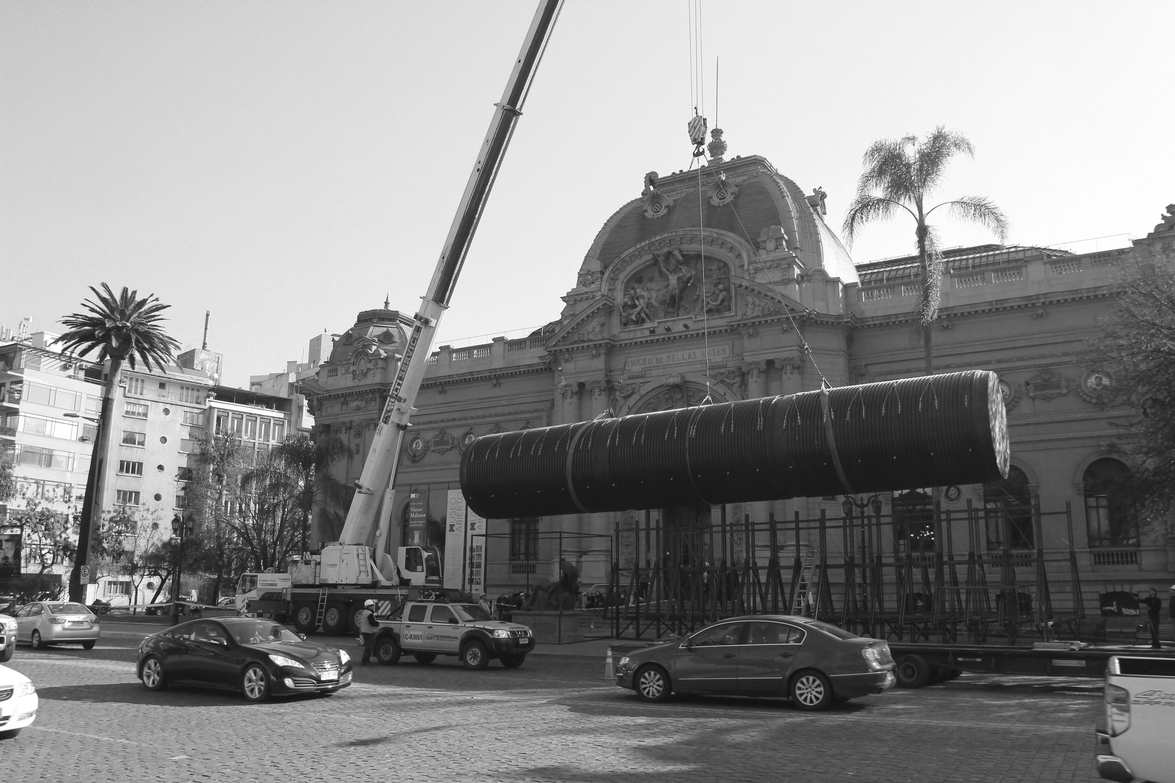 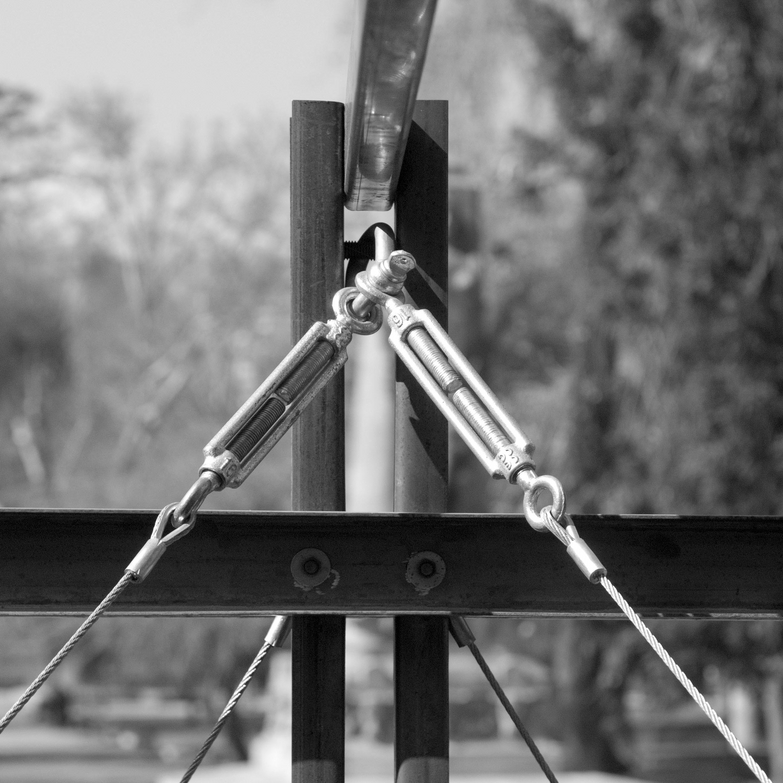 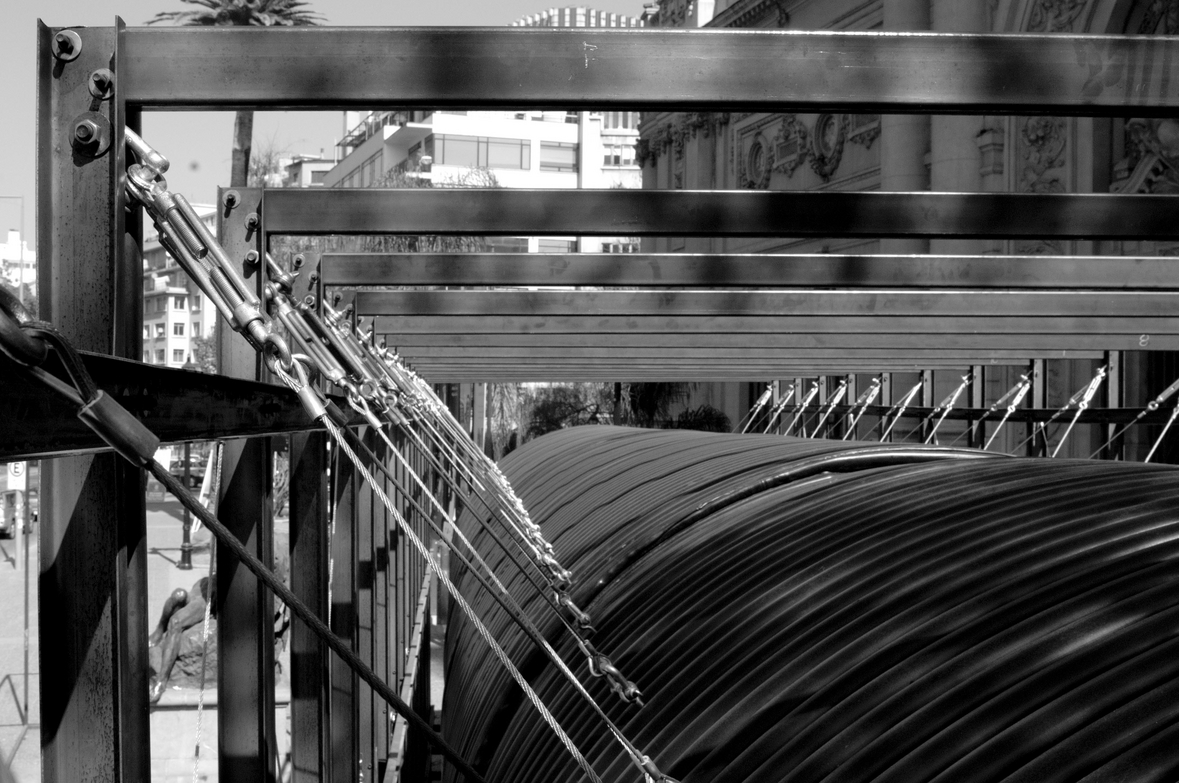 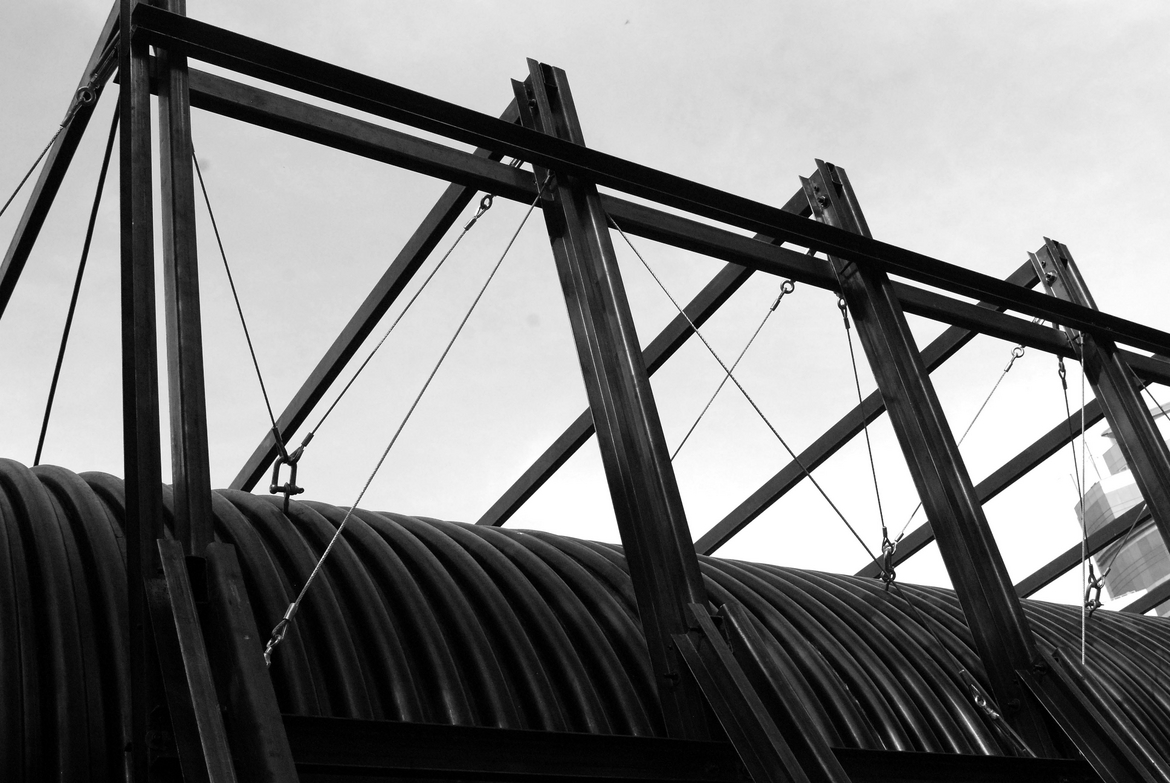 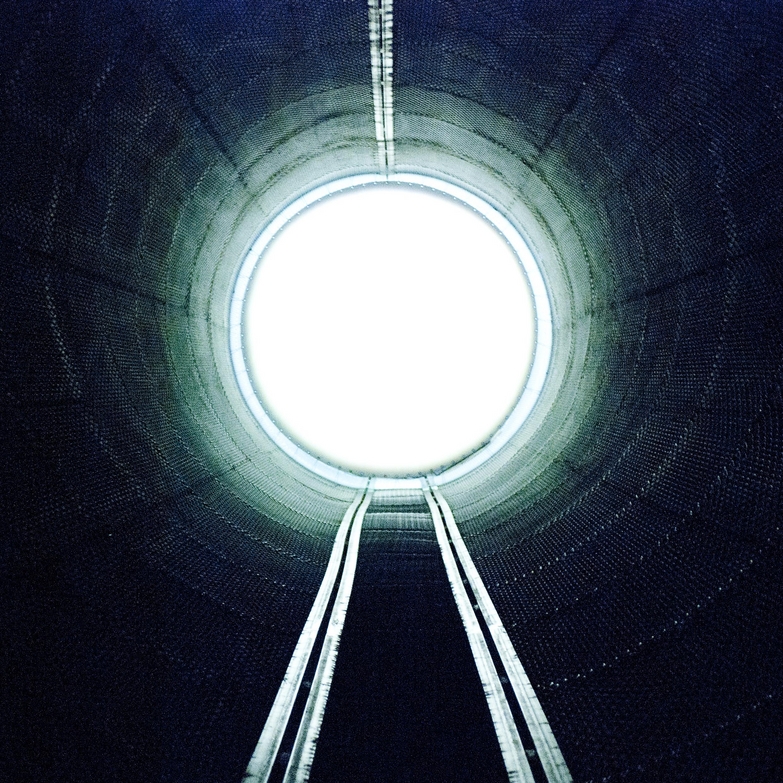 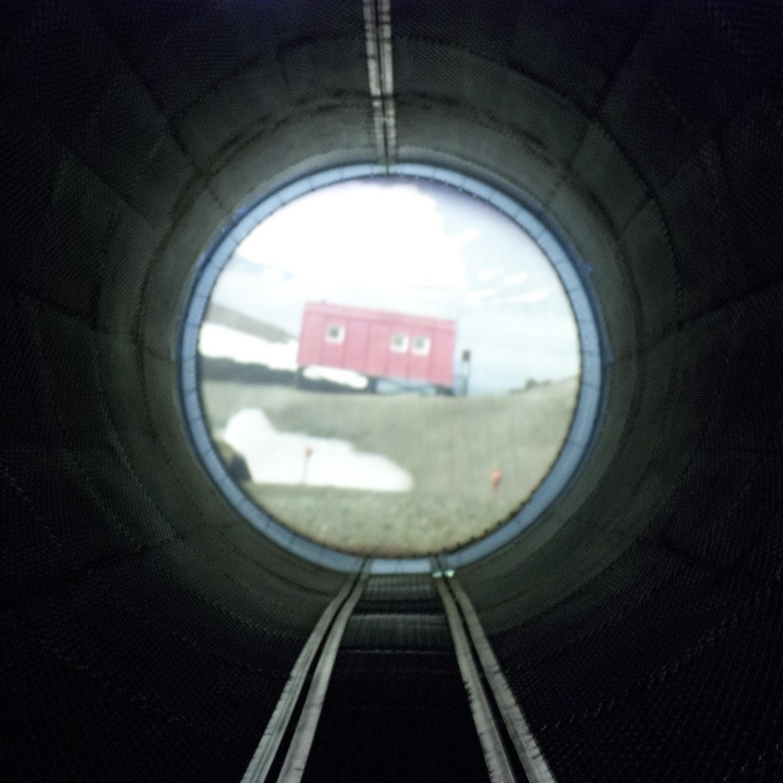 "Dynamics of the Void" designed by Alfredo Thiermann was nominee for the MCHAP for Emerging Architecture.

The College of Architecture at Illinois Institute of Technology announces the establishment of the MCHAP to recognize the most distinguished architectural works built on the North and South American continents. It will be twofold in nature: it will recognize pre-eminence in architecture while additionally awarding a member of the profession’s younger generation, by way of the MCHAP for Emerging Architecture, that harnesses the talent and ambition needed to devise and bring forth a truly outstanding first / early built work.

Dynamics of the Void is the sonic pavilion which resulted of the work developed in collaboration with Ariel Bustamante in the context of a month-long artist-in-residence program in Antarctica.

The continent of Antarctica is certainly a distant territory, but above all it is a void landscape whose imaginary is under perpetual construction. Antarctica is probably one of the few places where man is still confronted with myth, and a place where the often-diffused limits between reality and fantasy, or fiction, are recurrently blurred. If the Antarctic’s visual imaginary is an on-going mental construction, its acoustic imaginary is probably virgin. Setting out from this observation, Dynamics of the Void primarily seeks to build an acoustically isolated place in the centre of the city, an artefact capable of bringing some of the sounds -- or the lack thereof -- one can presumably associate with the acoustic landscape of Antarctica.

It is located at the entrance of the National Museum of Fine Arts in Santiago, Chile. The site is one of the most dense and culturally charged areas of the city, for it is placed in one of the most popular urban parks -- the Parque Forestal -- which, in turn, marks the northern and eastern accesses to the city’s historical district. Thousands of people meet every weekend in the area to either attend political manifestations or spend the afternoon in the park.   Taking both these metropolitan and cultural contexts into account, Dynamics of the Void sets out to build a building-artefact whose formal, material and symbolic characteristics could generate a true void, an acoustically isolated island in the city, one that transports the sonic landscape of Antarctica to the very centre of an otherwise intensely congested city.

A series of technological elements drawn from the mining industry, themselves designed and built to remain beneath the earth, have been de-contextualized and relocated to serve both new context and purpose. What we are now introducing after this quasi-archaeological process is thus a new device, a machine-technology capable of creating artificial atmospheres -- capable, too, of constructing its own territory, which is no doubt reminiscent of the Antarctic acoustic territory, but also an utterly autonomous one, even beyond the peculiarities of the context wherein it has been located.It seeks to confront the city dweller with what is most alien to him -- silence. The pavilion operates by absorbing the decibels typical of a six-million metropolis into the thirty-centimetre thick tubular enclosure. The appearance of the object stands in clear contrast to the surrounding neoclassical-and-modern built context, producing the necessary distance between subject and apparatus -- a distance that acts upon the viewer as a true magnet that invites them to experience silence in a completely unexpected space.

Dynamics of the Void consists of an eighteen-meter long, twelve-ton, black tubular structure made of high-density polyethylene (HDPE). The entire structure hangs from a metallic exoskeleton, and it is supported by fixed tensors 6 mm thick. Once inside, the subject will be confronted with thirty sources of sound, each of them arranged following the geometry of a helicoid, and hidden in different points within the structural and insulating layers of the tubular structure.  The hanging structure literally reduces the connection between the exterior world and the now remote interior space to its minimum. The mechanically transmitted sound is dissolved through the elastic elements that hold the tube. Upon entering, a door closes. The visitor is thus immersed in an isolated, symbolic atmosphere suspended from the immediate context. At the rear, a large backlit cloth receives some visual stimuli in the midst of the darkness. The visitor finds himself in the midst of an artificial and possibly fictitious environment built from sounds and images. Some of the sounds were recorded in Antarctica, others not. The same occurs with the images.

Dynamics of the Void reinforces the notion of an on-going, ever changing Antarctic imaginary. Through the creation of an heterotopia, so to speak, one that is presented both as far-off and distant, strange to the viewer, and yet inhabitable.  The visual and acoustic Antarctic landscapes have then provided with the elements to construct both silence and distance, the experience of which is built by means of tactile, visual, and acoustic stimuli. There is no Antarctic cartography or sound present in this space, only their reinterpretation and recontextualization. To a degree, these operations transport the subject to the fictive reality that the Antarctic imaginary suggests. The device stands as a mobile container of an autonomous void that generates countless real, fictitious, or imagined versions of the Antarctic continent.