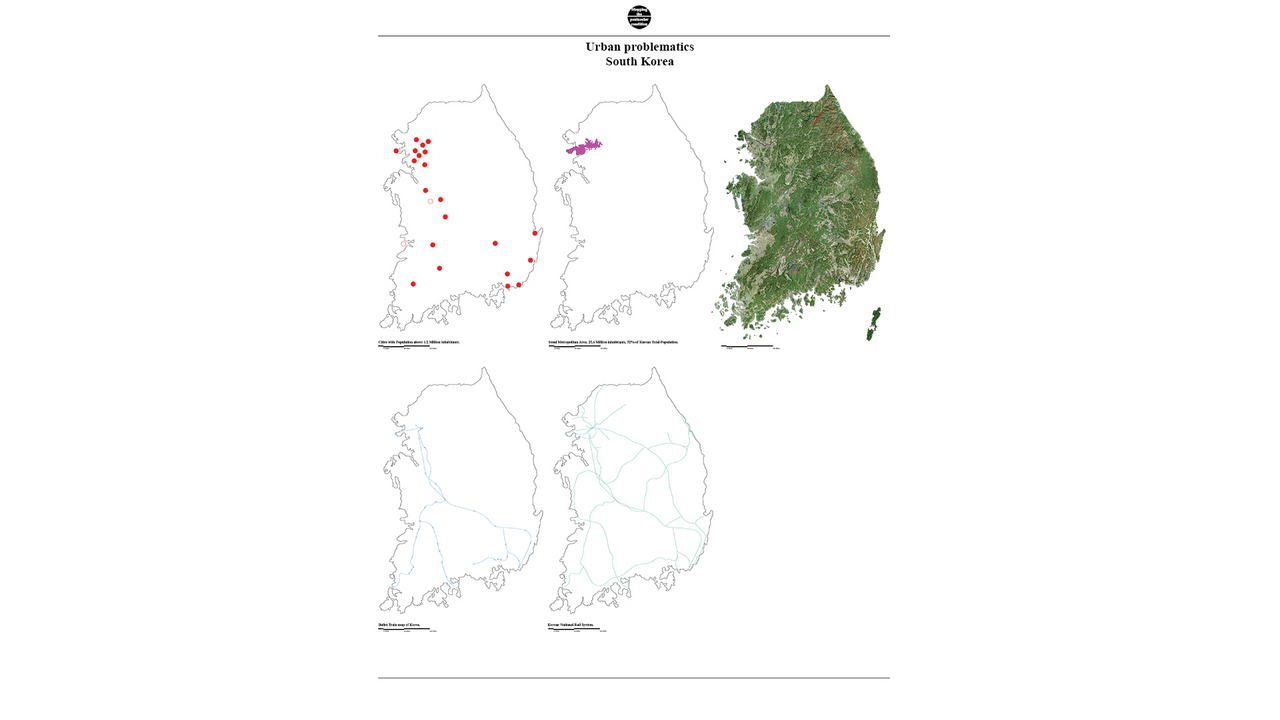 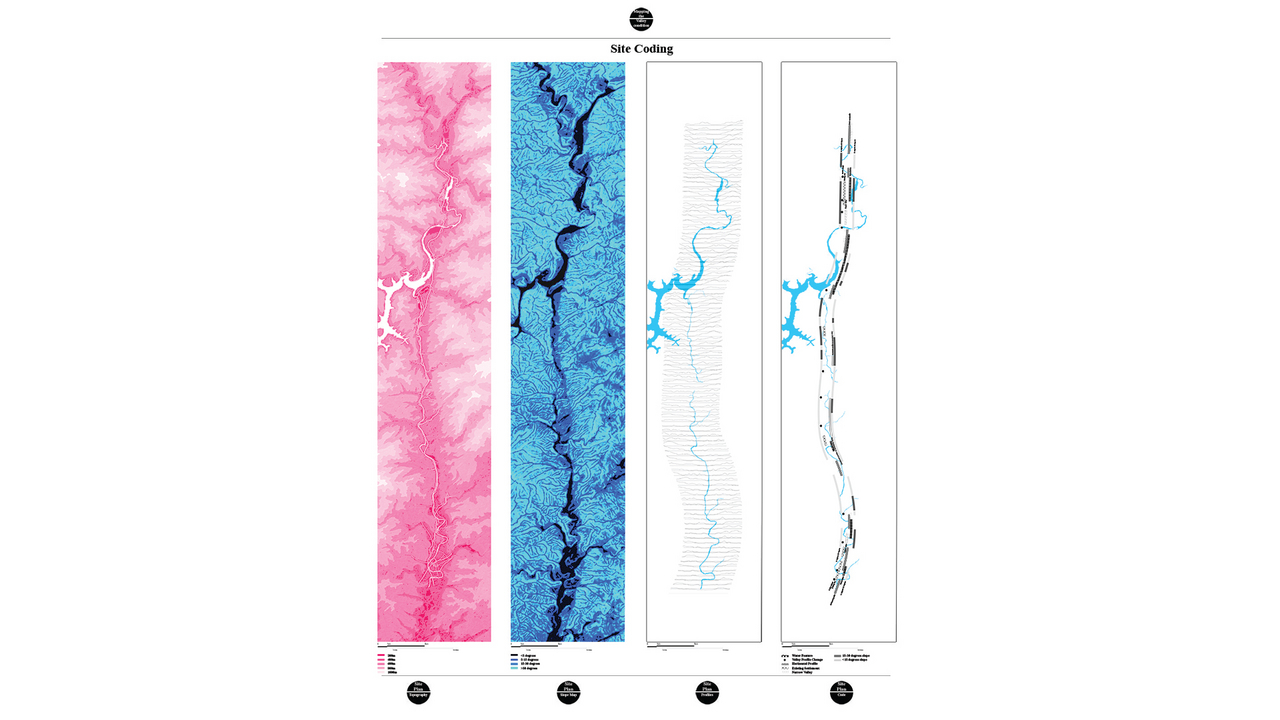 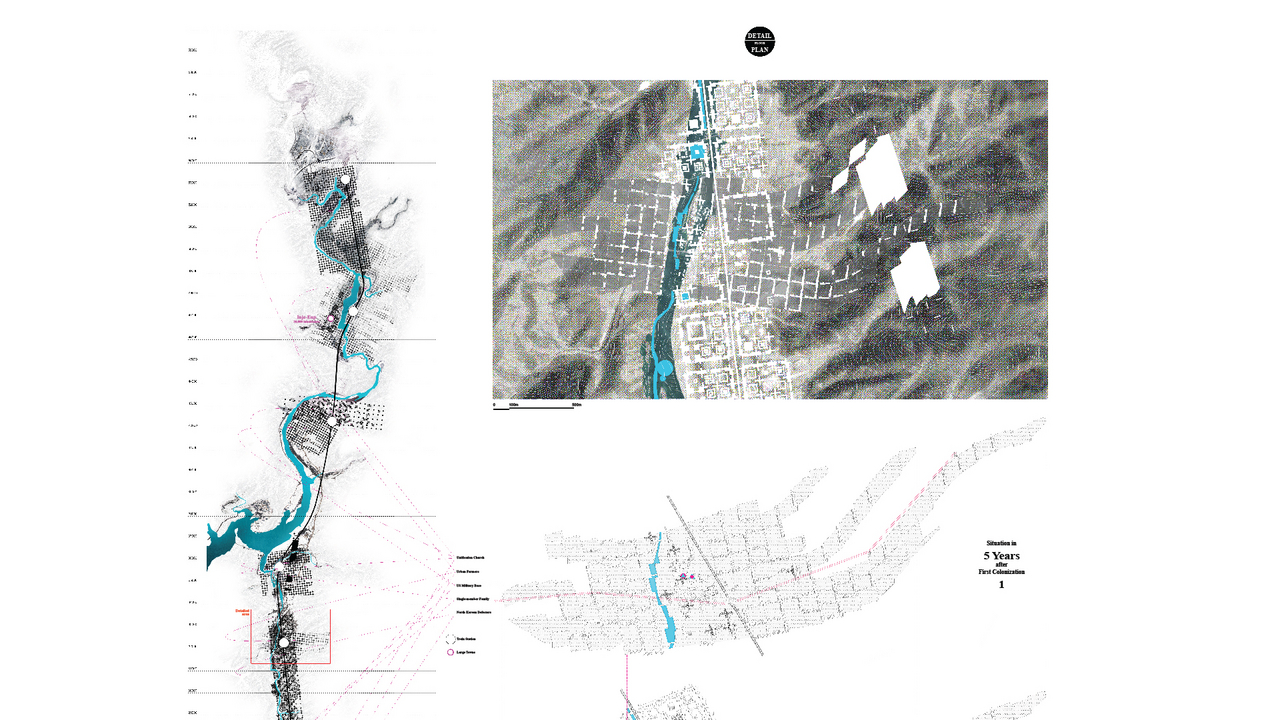 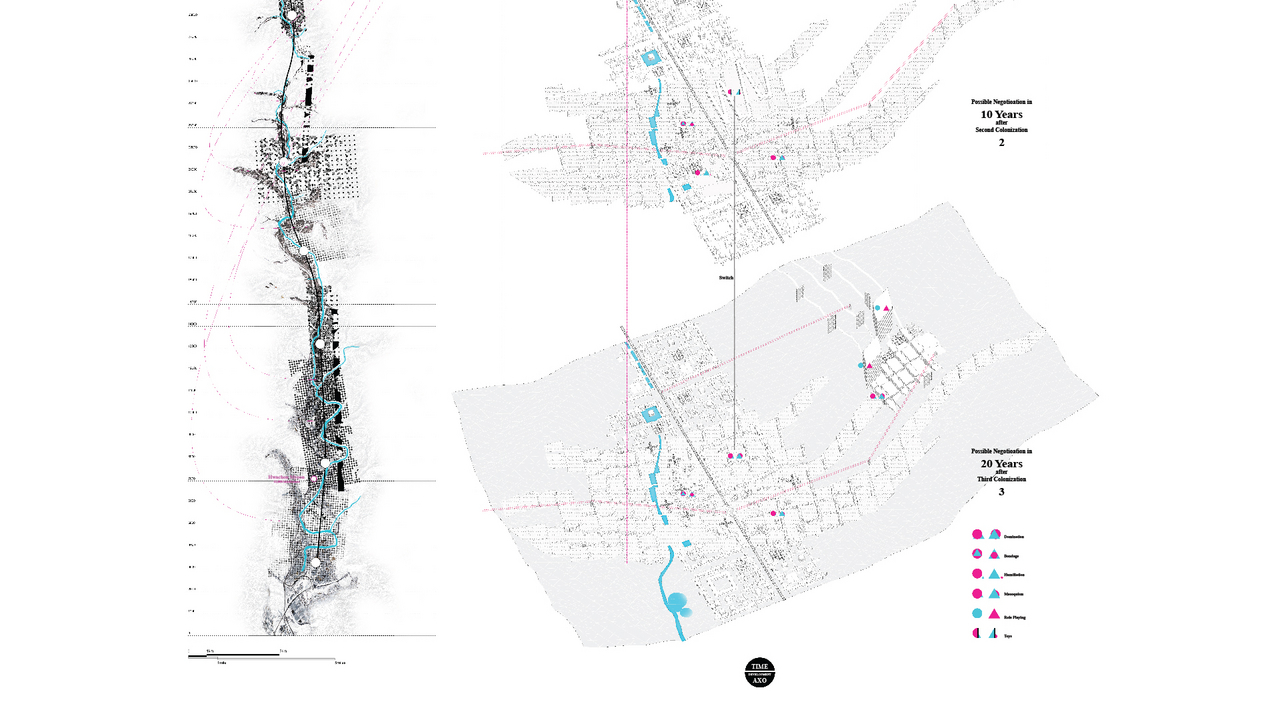 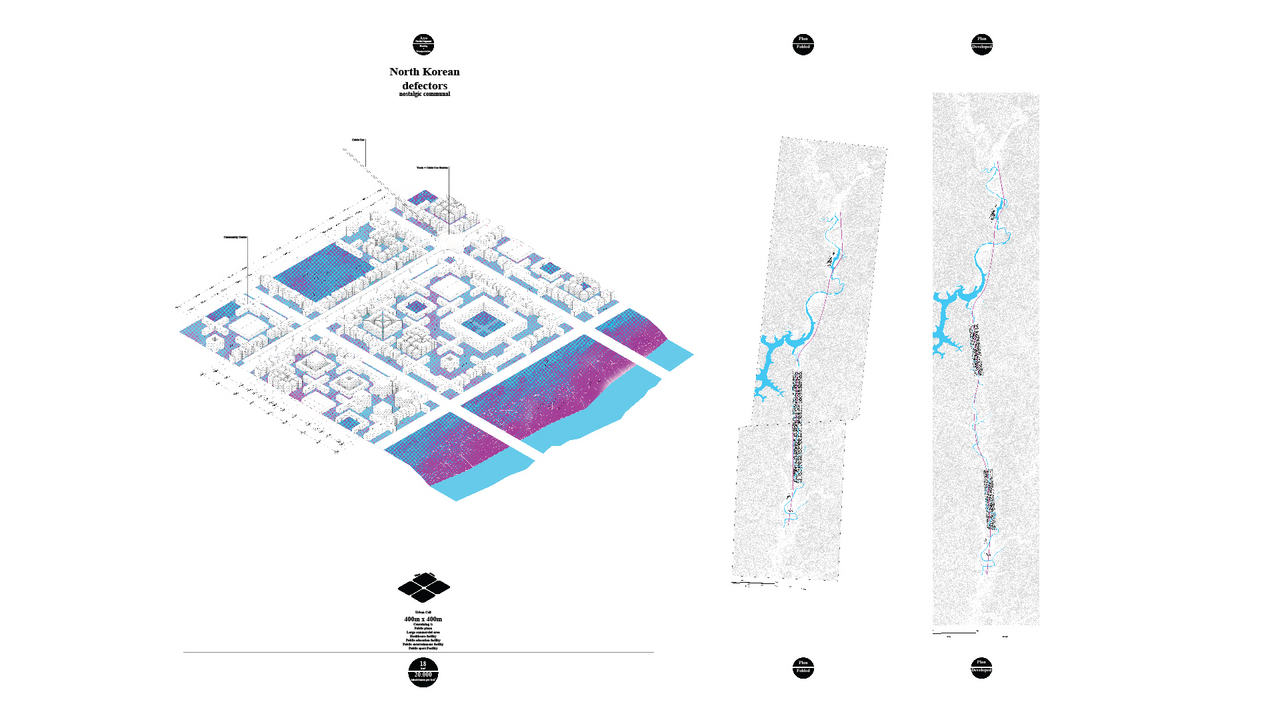 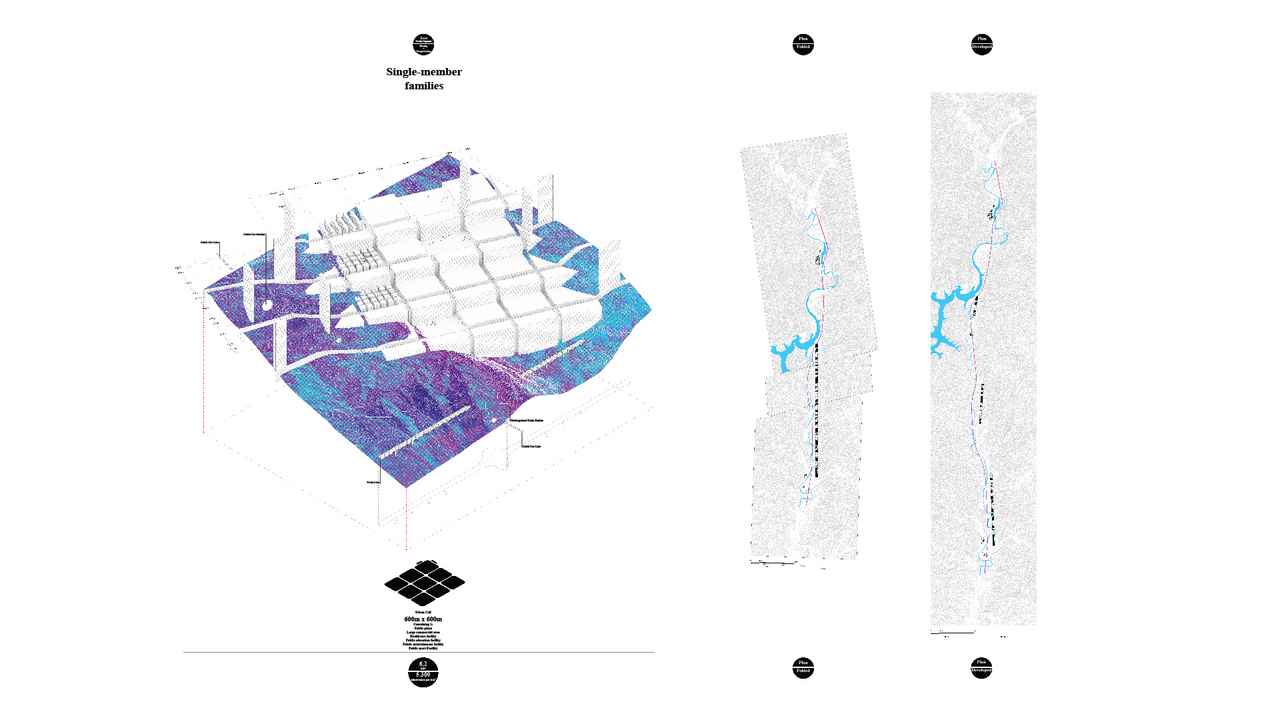 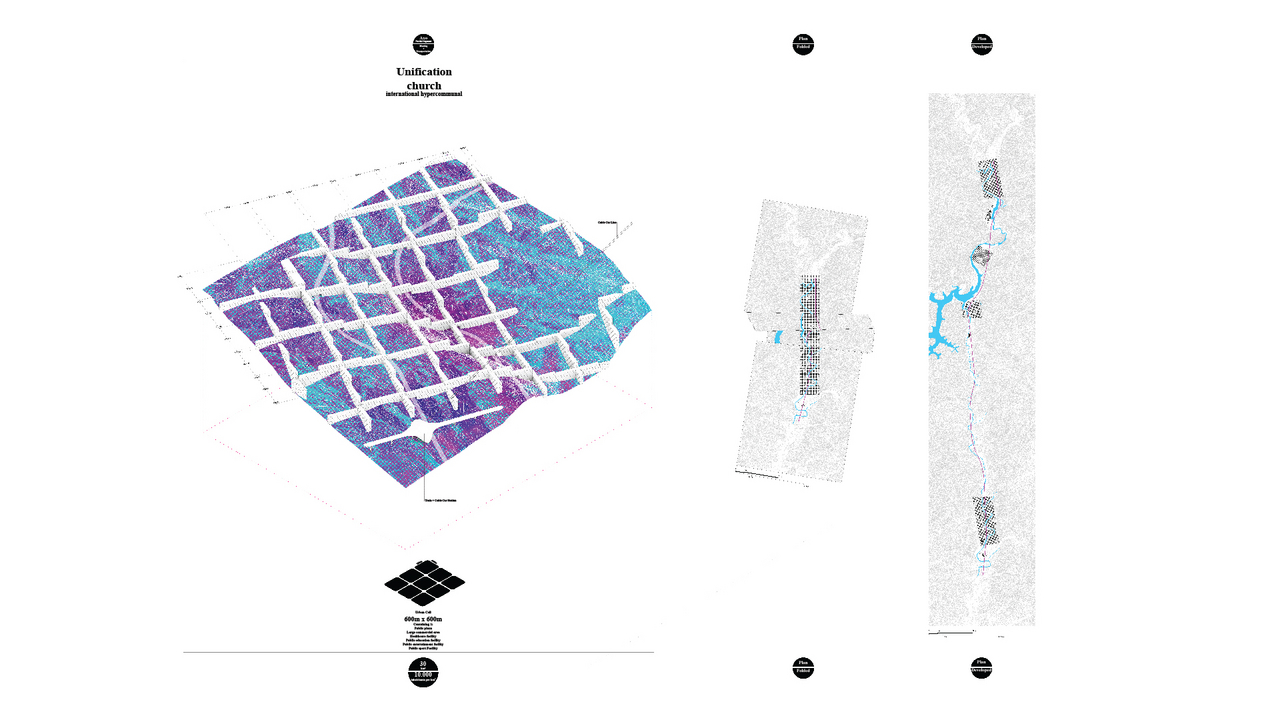 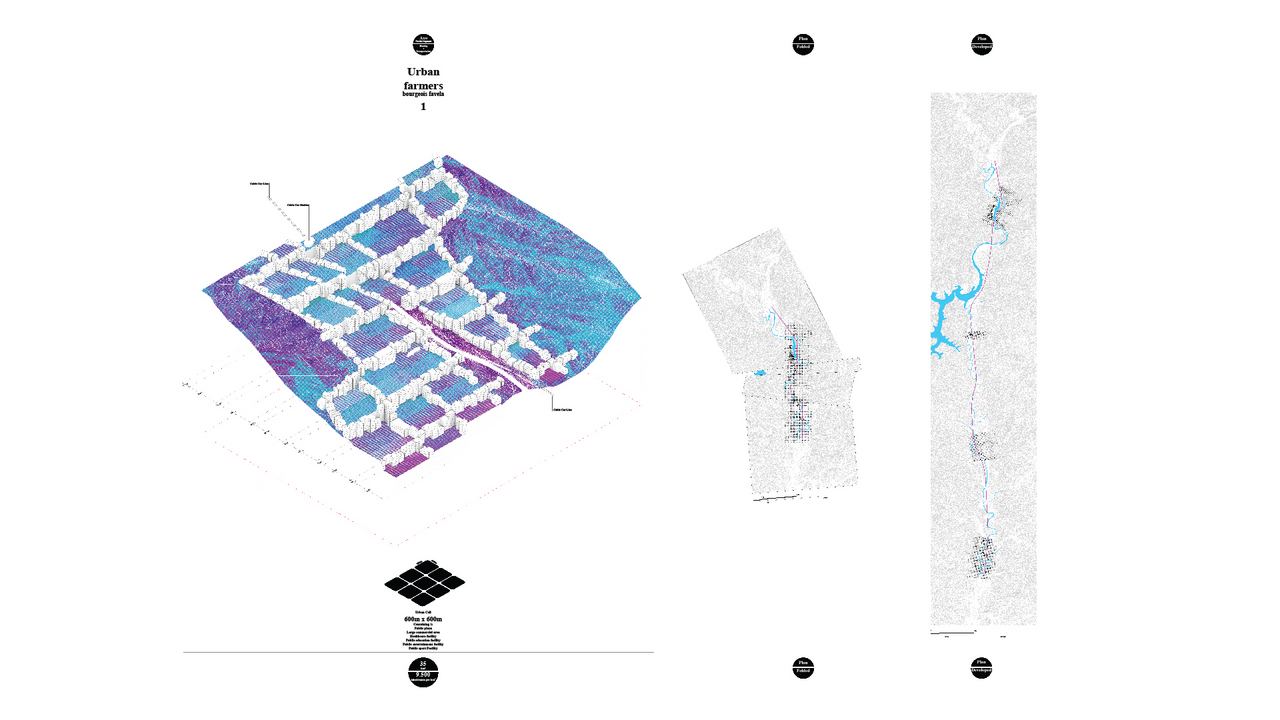 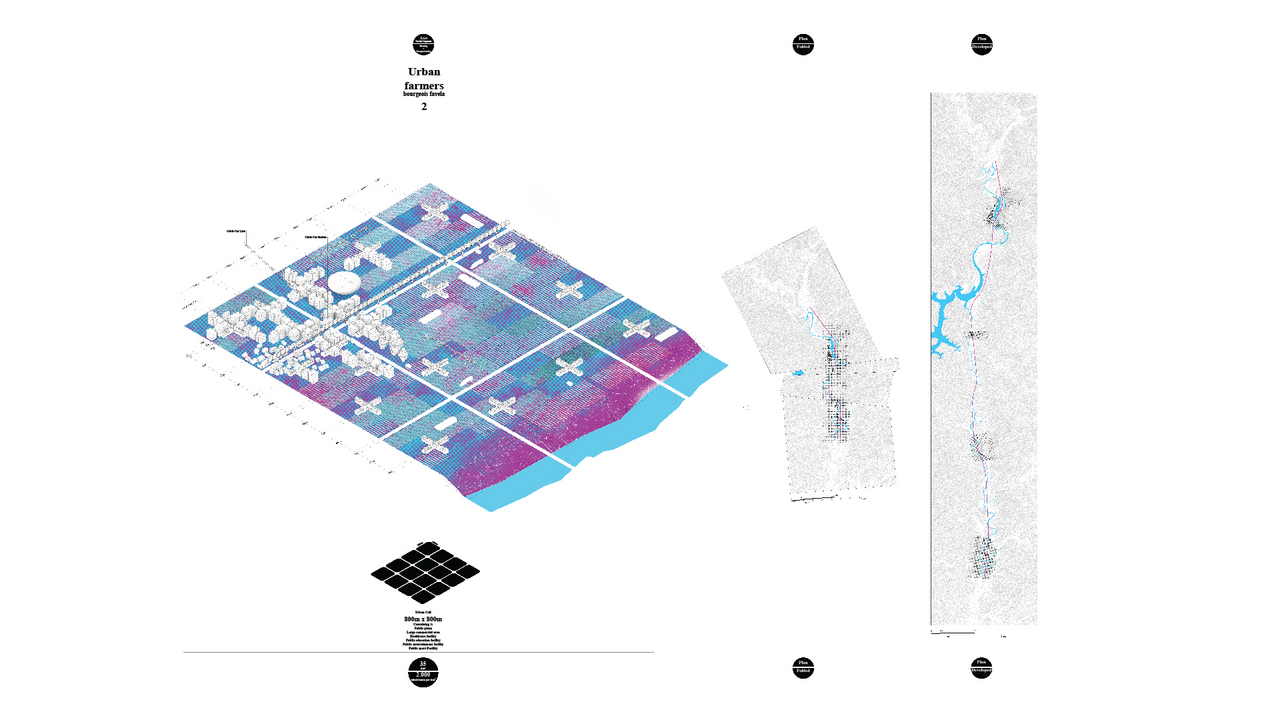 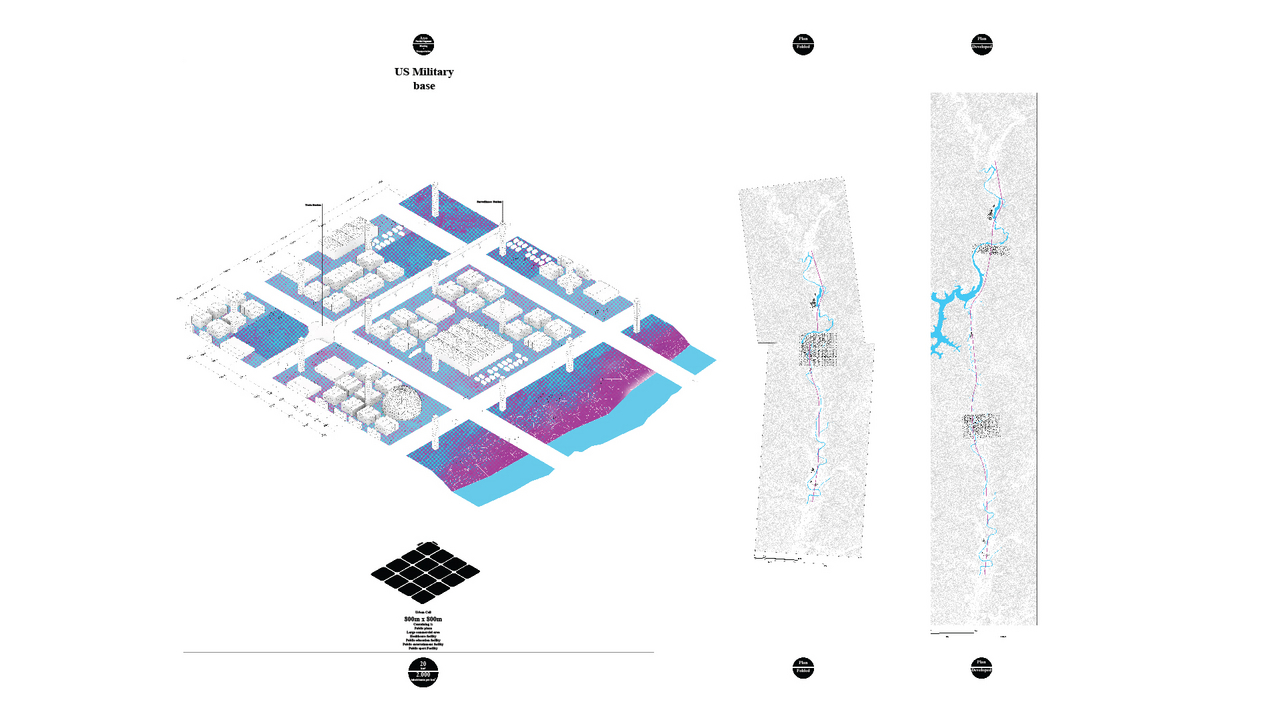 How to celebrate conflict, rejection and trauma, which constitute a day-to-day in the urban reality and acknowledge them as inherent part of design operations?

Urban underdogs or a new poetic for the linear city for South Korea:

Pollution, changes in family structures, lack of appropriate spaces for portions of the population (single parents, religious communities, political refugees...) and the lack of available flatland for growth are demanding new urban models due to new social desires in South Korea. The mountainous geographical context, which constitute 70% of the peninsula is explored in this project as the possible future for new cities. The
infrastructurally underdeveloped north-eastern mountainous area of South Korea, covered by hundreds of kilometers long valleys, brings theopportunity for the rediscovery of the linear city as a potential solution for Korea's urban problematics.

Well embedded in modern philosophy but also by the mid 20th century utopias, the linear city was understood as an infrastructure which, triggered by the fascination of continuous movement and technology, constituted a positivist universal solution that could cover "from Madrid to Beijing", as Arturo Soria put it.

As a critique of its historical predecessors, "Urban underdogs or a new poetic for the linear city" contains disruptions, loops, lacks of unity, shortcuts, slow paths, discontinuities of efficiency, and it's rooted in the geographic spacial qualities, rather than in movement. Borrowing the surgical operations in the social and physical landscape from Patrick Geddes, a catalog of tissues is deployed, which carry specific urban
solutions, productive patters and urban behavioural limits that are established by the geographic potentials and constrains for each condition of the valley.