M+M / Eduardo Cadava, "When I Was a Photographer: Nadar's Modernity" 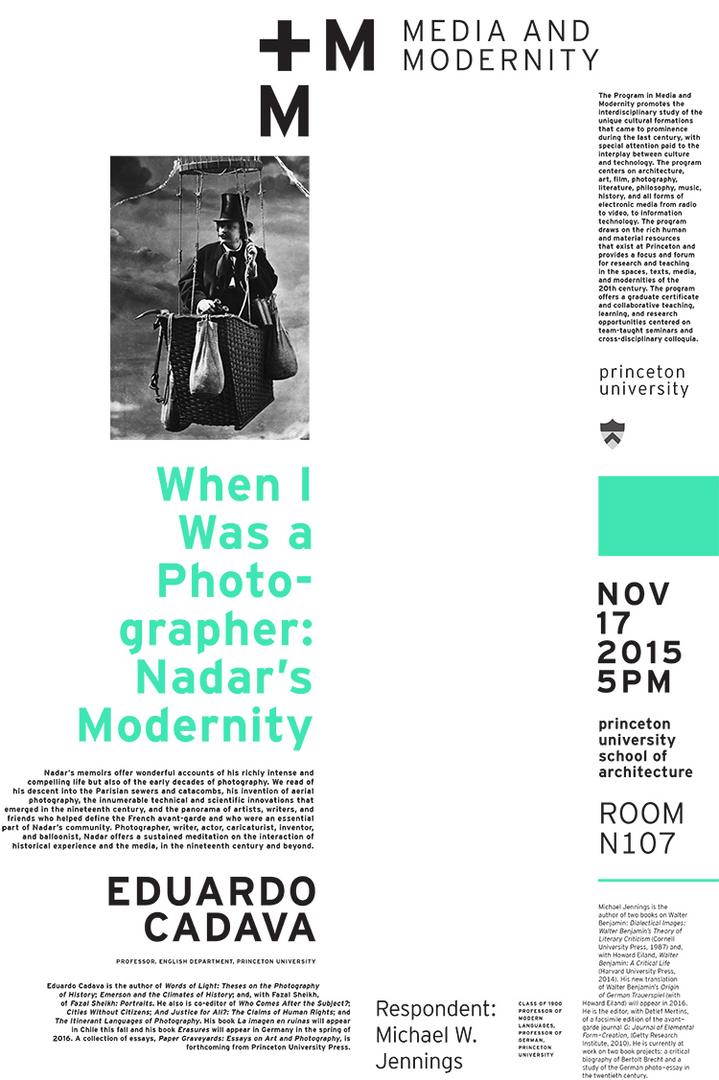 WHEN I WAS A PHOTOGRAPHER: NADAR'S MODERNITY

Nadar’s memoirs offer wonderful accounts of his richly intense and compelling life but also of the early decades of photography. We read of his descent into the Parisian sewers and catacombs, his invention of aerial photography, the innumerable technical and scientific innovations that emerged in the nineteenth century, and the panorama of artists, writers, and friends who helped define the French avant-garde and who were an essential part of Nadar’s community. Photographer, writer, actor, caricaturist, inventor, and balloonist, Nadar offers a sustained meditation on the interaction of historical experience and the media, in the nineteenth century and beyond.

EDUARDO CADAVA is the author of Words of Light: Theses on the Photography of History; Emerson and the Climates of History; and, with Fazal Sheikh, of Fazal Sheikh: Portraits. He also is co-editor of Who Comes After the Subject?; Cities Without Citizens; And Justice for All?: The Claims of Human Rights; and The Itinerant Languages of Photography. His book La imagen en ruinas will appear in Chile this fall and his book Erasures will appear in Germany in the spring of 2016. A collection of essays, Paper Graveyards: Essays on Art and Photography, is forthcoming from Princeton University Press.

MICHAEL JENNINGS is the author of two books on Walter Benjamin: Dialectical Images: Walter Benjamin’s Theory of Literary Criticism (Cornell University Press, 1987) and, with Howard Eiland, Walter Benjamin: A Critical Life (Harvard University Press, 2014). His new translation of Walter Benjamin’s Origin of German Trauerspiel (with Howard Eiland) will appear in 2016.  He is the editor, with Detlef Mertins, of a facsimile edition of the avant-garde journal G: Journal of Elemental Form-Creation, (Getty Research Institute, 2010). He is currently at work on two book projects: a critical biography of Bertolt Brecht and a study of the German photo-essay in the twentieth century.

Program in Media + Modernity
Stay current on announcements at facebook.com/MediaModernity 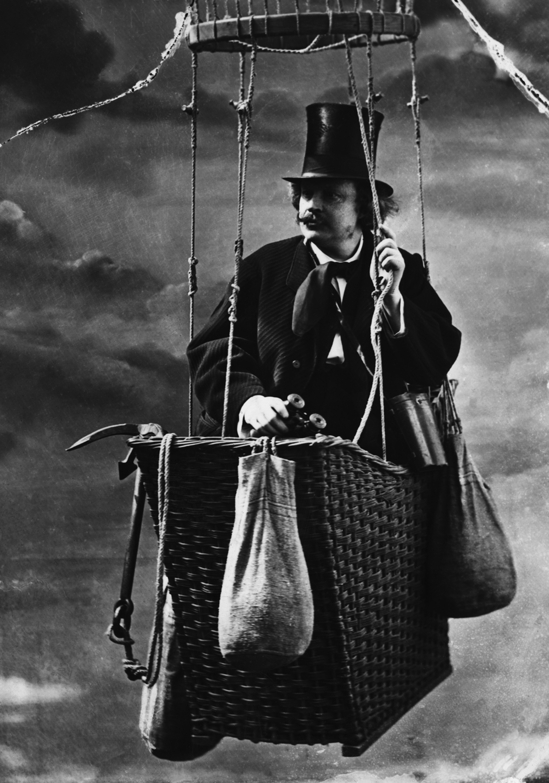