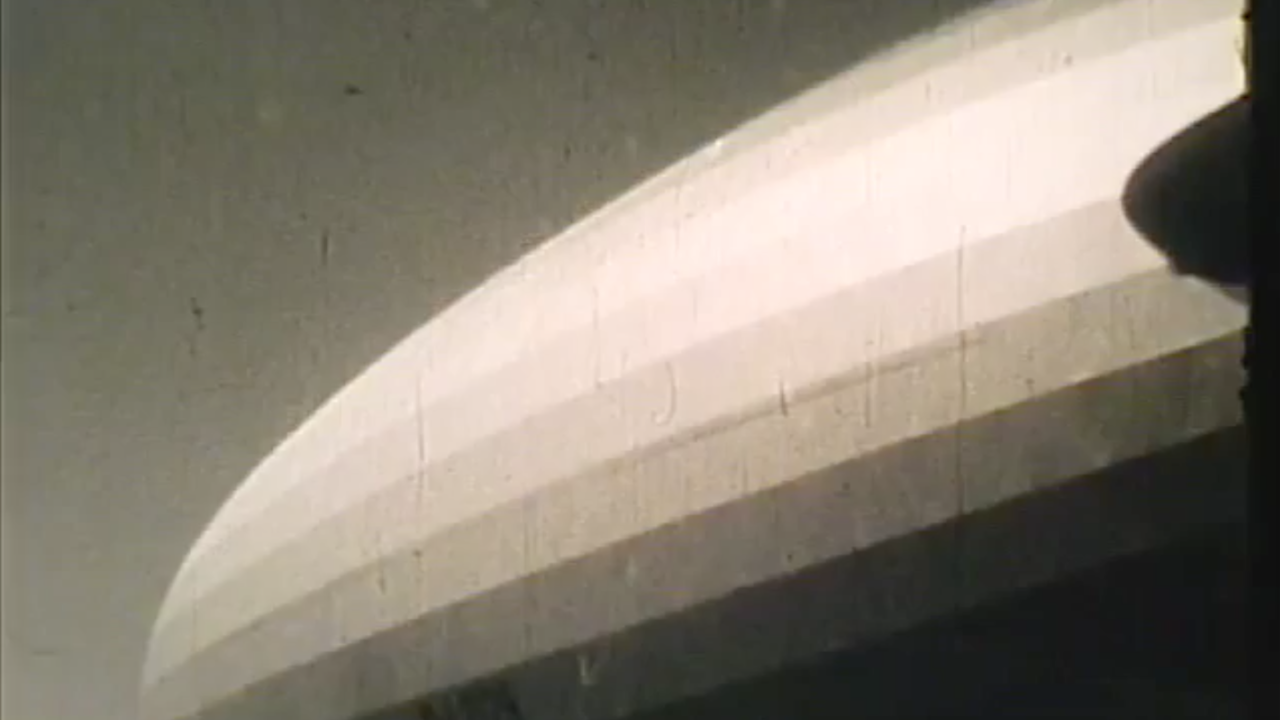 In 1936, Professor Jean Labatut sailed across the Atlantic on the Hindenberg, a hydrogen-filled airship 804-feet long.  He carried a home movie camera with him and recorded the journey.  The Manuscripts Division of the Department of Rare Books and Special Collections (RBSC), Princeton University Library, received this footage recently and digitized it.  A recent RBSC blog entry explains:

"Thanks to a recent gift from author John McPhee, Class of 1953, Ferris Professor of Journalism, the Manuscripts Division has added to its holdings a 16-mm black-and-white film made during a voyage of the German airship LZ 129 Hindenburg, June 23-June 26, 1936. Professor Jean Labatut (1899-1986), School of Architecture, used his Bell & Howell Filmo-121 home-movie camera when he was a passenger aboard the Hindenburg, flying under the command of Dr. Hugo Eckener. Labatut edited the film back in Princeton and added opening screen text about the flight, which took two and a half days (Tuesday-Thursday) and was officially clocked at 61 hours, 5 minutes. The eastbound flight began at the Naval Air Station, in Lakehurst, New Jersey, located 34 miles southeast of Princeton by car, and ended in the German city of Frankfurt am Main. This was the Hindenburg’s sixth flight between the two locations. Labatut’s ultimate destination was the American School of Fine Arts, in Fontainebleau, France, where he taught each summer. Among the 56 other passengers on Labatut’s flight were the French aeronaut Charles Dollfus, who had the expertise to guide Labatut around the airship and help with difficult camera shots. Also aboard was the German boxer and heavyweight champion Max Schmeling, who had just defeated Joe Louis at New York’s Yankee Stadium and still had a black-eye from the fight (June 19, 1936). Little did anyone know that less than a year after this flight, the 804-foot, hydrogen-filled airship, which had only been in service since March 1936, would explode in flames at the Naval Air Station, with 36 fatalities (May 6, 1937). This disaster largely spelled the end of the lighter-than-air passenger travel."

Read more and see the film at the RBSC Manuscripts Division News page.

The Hindenburg film has been added to the Jean Labatut Papers (C0709), which already contained documents, notes, photographs, sketches, and printed matter relating to the flight, among which there is a complete passenger list.