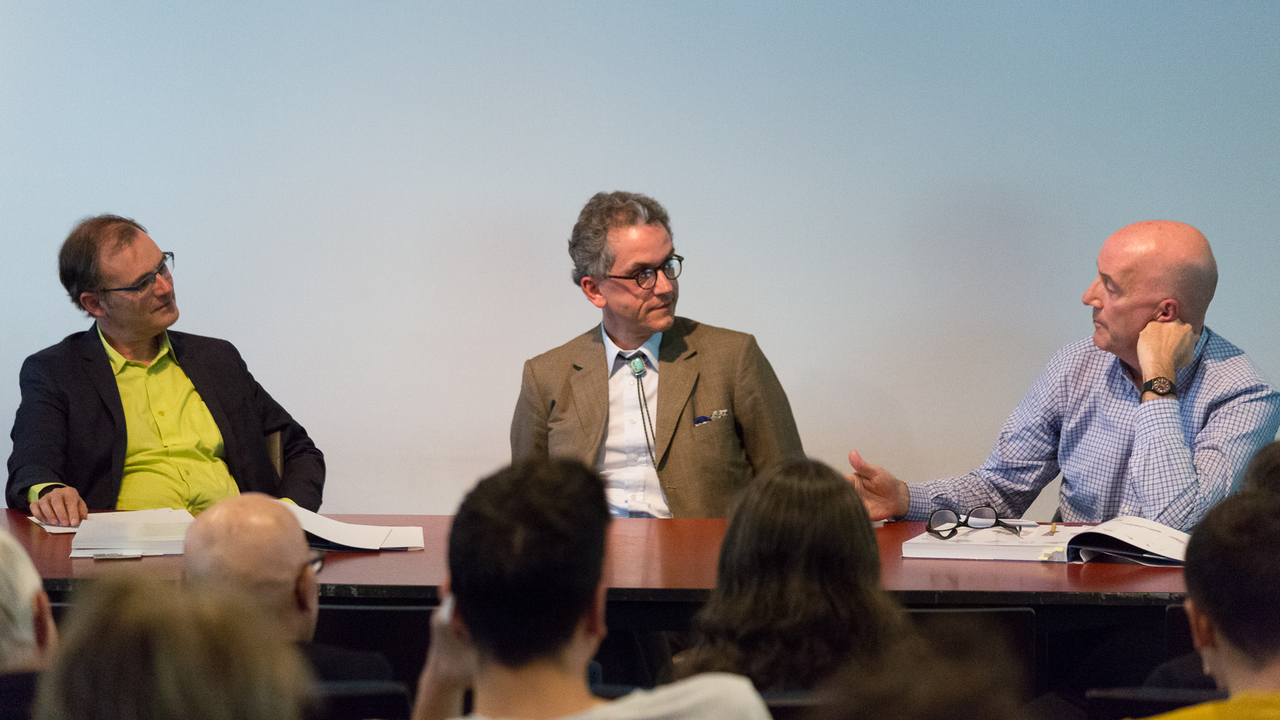 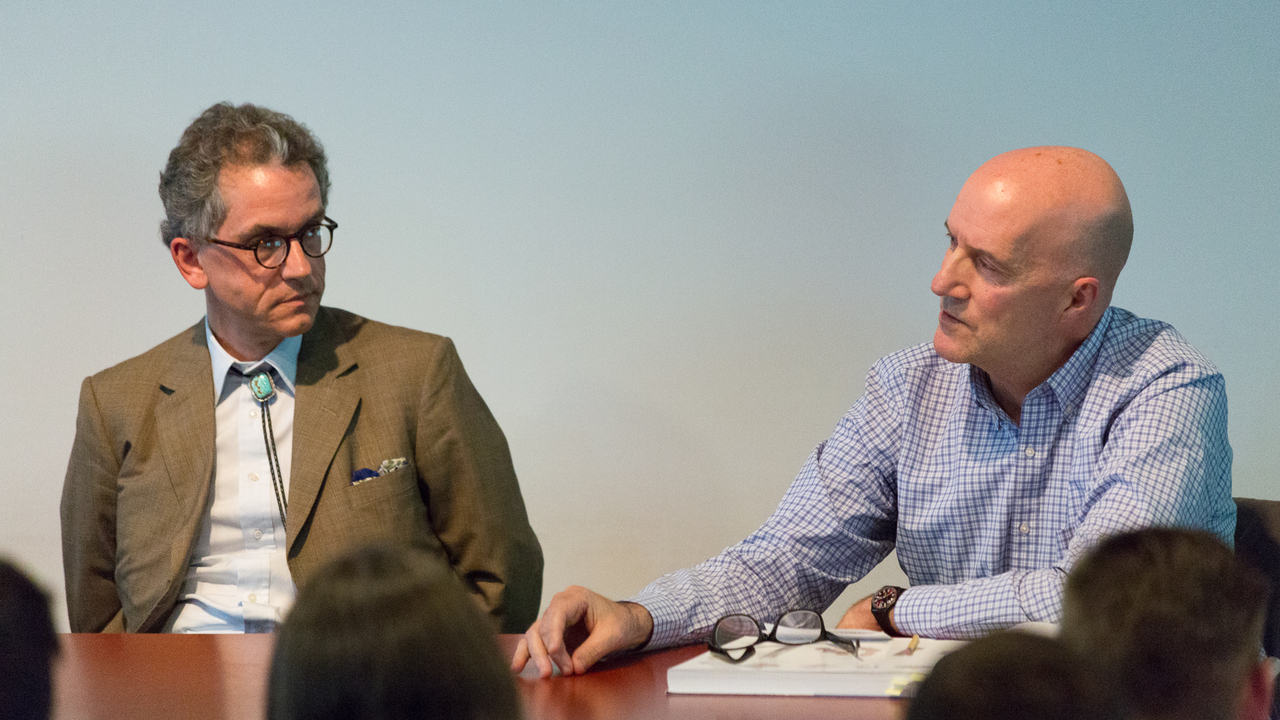 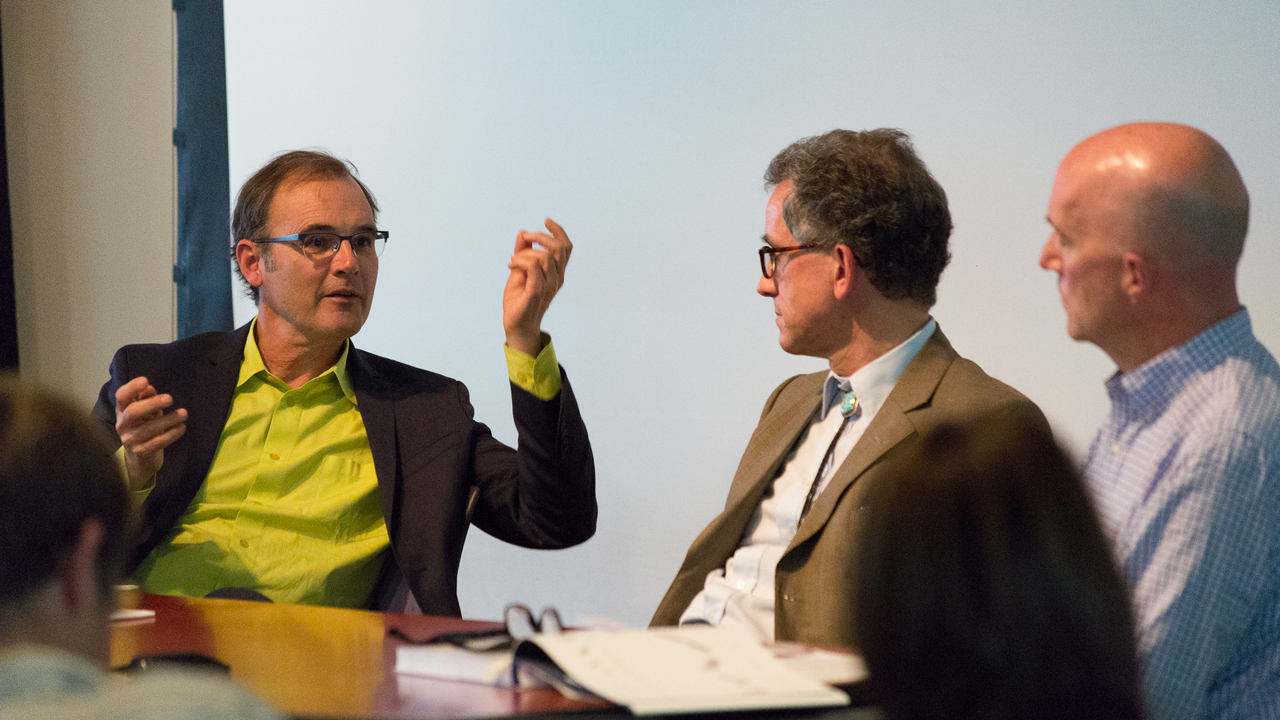 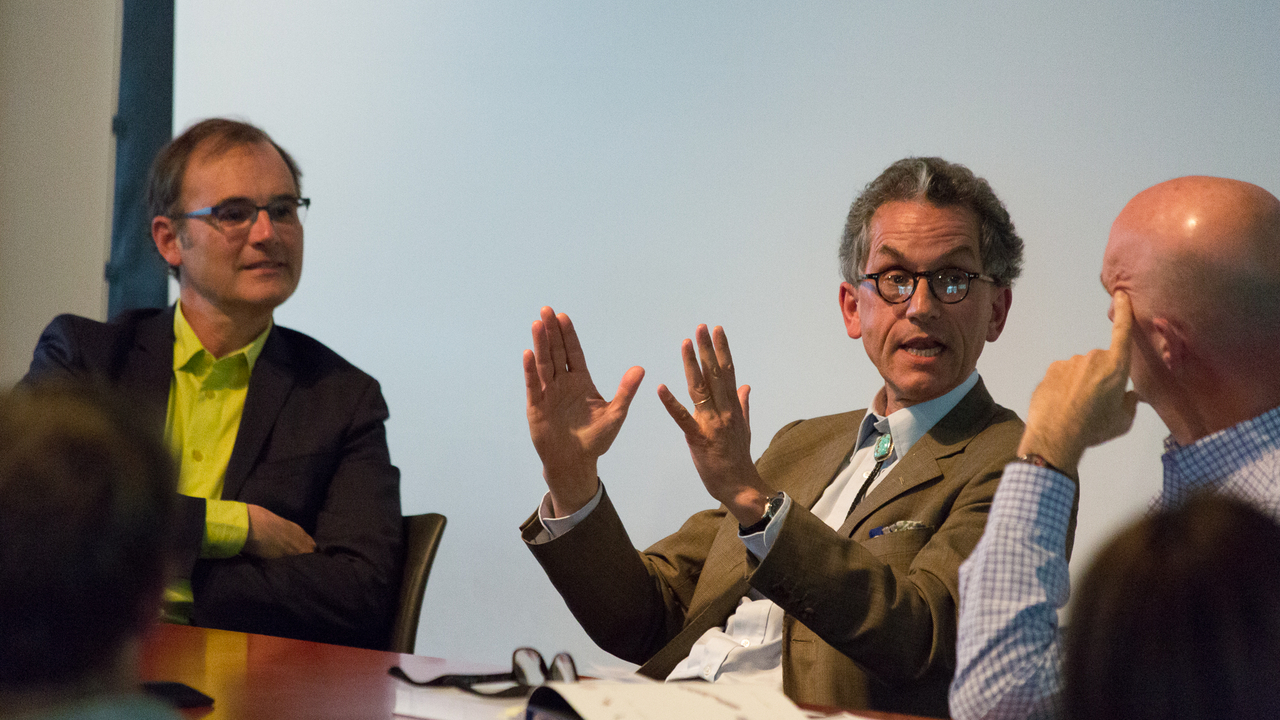 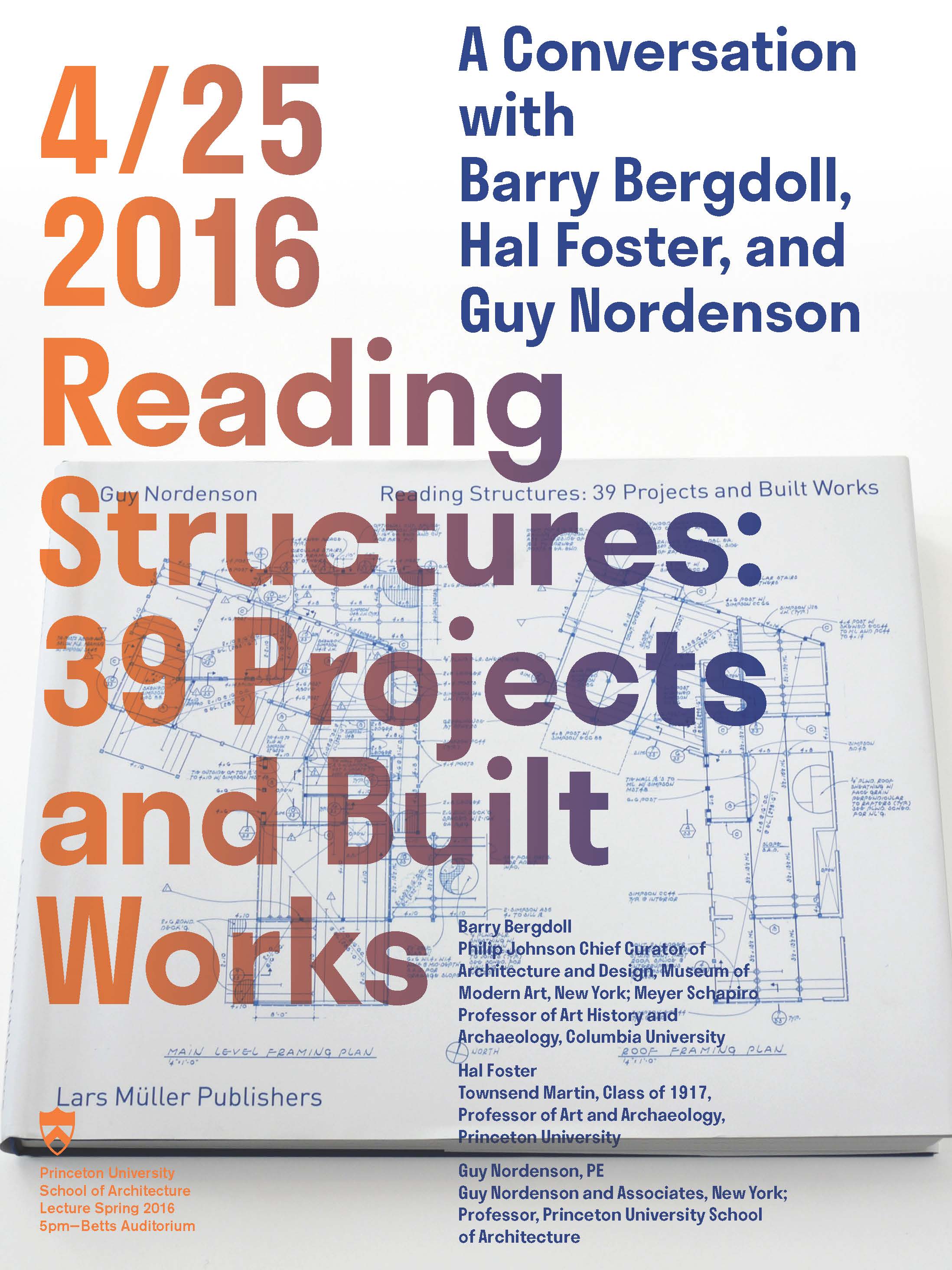 Barry Bergdoll is Meyer Schapiro Professor of Art History and Archaeology in the Department of Art History and Archaeology at Columbia University and curator in the Department of Architecture and Design at the Museum of Modern Art, New York, where from 2007 to 2013 he served as Philip Johnson Chief Curator of Architecture and Design.

Hal Foster is Townsend Martin, Class of 1917, Professor of Art and Archaeology, Princeton University.  Professor Foster teaches and publishes in the areas of modernist and contemporary art, architecture, and theory.  His most recent book is Bad New Days: Art, Criticism, Emergency (Verso, 2015)

Guy Nordenson is a structural engineer and Professor of Architecture and Structural Engineering at Princeton University.  Having begun his career as a draftsman in the joint Long Island City studio of R. Buckminster Fuller and Isamu Noguchi, Nordenson co-founded the Structural Engineers Association of New York, was the 7th structural engineer awarded the AIA’s Institute Honors for Collaborative Achievement Award, and is the first practicing structural engineer ever elected fellow of the American Academy of Arts and Sciences. From the late 1970’s Nordenson was active in earthquake engineering research and code development, technology transfer, and long-range planning for FEMA and the USGS.  He is a member of the NYC Panel on Climate Change and was Commissioner and Secretary of the New York City Public Design Commission from 2006 to 2015, both mayoral appointments.  He is Principal of Guy Nordenson and Associates, New York.  Full bio here.

Reading Structures: 39 Projects and Built Works (Lars Müller Publishers, 2016) presents 39 complex structures by the Princeton University professor and structural engineer Guy Nordenson. The body of work, developed with architects and artists including Raimund Abraham, Henry N. Cobb, Steven Holl, Michael Maltzan, Richard Meier, SANAA, and many others, reveals Nordenson’s unique contributions to a progressive collaborative design process as both engineer and designer. The structures in this volume span twenty-eight years, from his early work with Paul Weidlinger, to his formation of the New York office of Ove Arup & Partners, through the first 13 years since the 1998 establishment of his current independent practice, Guy Nordenson and Associates.

All Lectures are held on Wednesdays, unless noted, in Betts Auditorium beginning at 5 p.m. For additional information, please call 609-258-3741. Lectures made possible by the Jean Labatut Memorial Lecture fund. The School of Architecture, Princeton University, is registered with the AIA Continuing Education System (AIA/CES) and is committed to developing quality learning activities in accordance with the AIA/CES criteria. 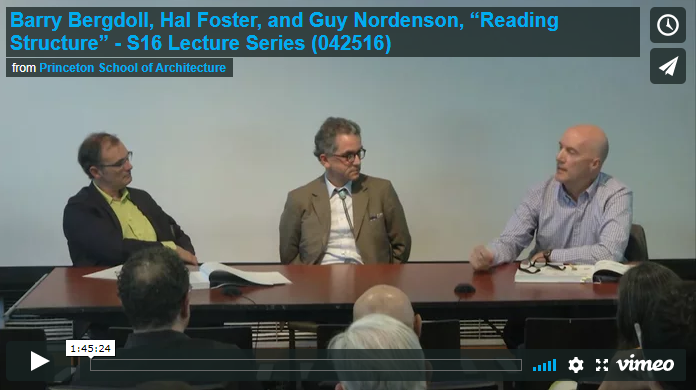