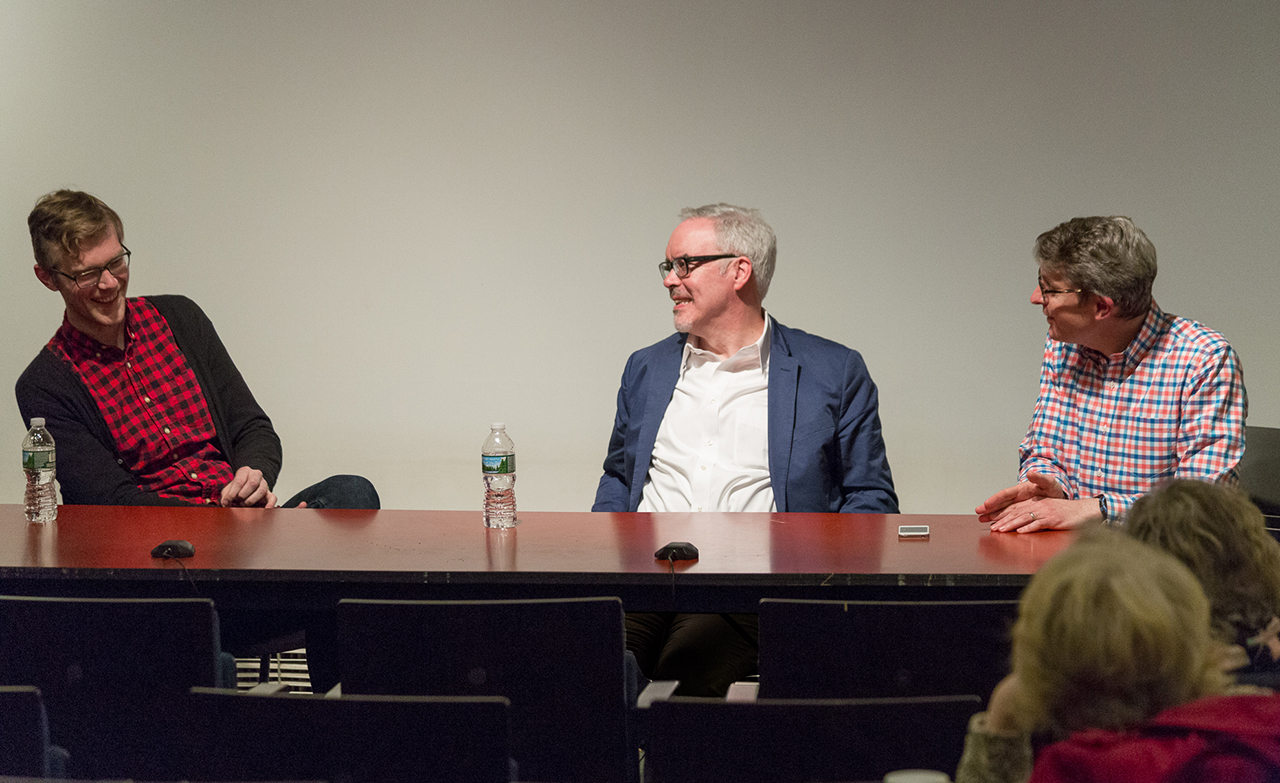 Thomas Sugrue, Author of The Orgins of the Urban Crisis

Thomas J. Sugrue is Professor of Social and Cultural Analysis and History at New York University. The author of four books including The Origins of the Urban Crisis: Race and Inequality in Postwar Detroit, Sugrue contributes to the New York Times, the Wall Street Journal, the Washington Post, the London Review of Books, The Nation, and Salon.  He is a frequent commentator on modern American history, politics, civil rights, and urban policy.

Dan Kinkead is an architect and urban designer. He is the Director of Projects for the Detroit Future City Implementation Office – a team of urban strategists and thought leaders driven to transform Detroit through strategic coordination and catalytic pilot projects.

Jerry Paffendorf is Co-Founder and CEO of LOVELAND Technologies, a software company based in Detroit, Michigan whose mission is to publicly map and survey every parcel of property on the planet to understand how humans own and use the world. 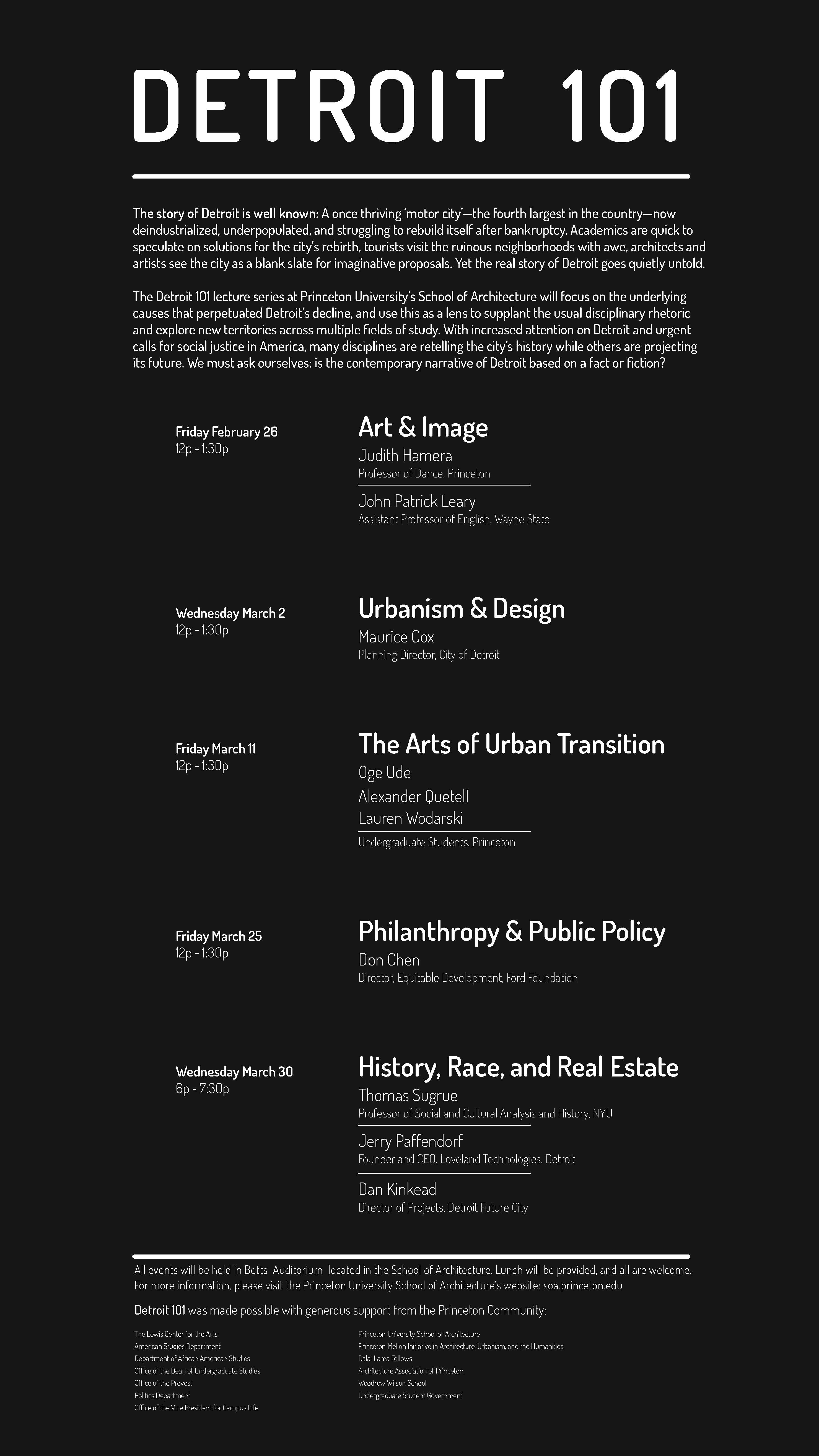 The story of Detroit is well known: A once thriving ‘motor city’—the fourth largest in the country—now deindustrialized, underpopulated, and struggling to rebuild itself after bankruptcy. Academics are quick to speculate on solutions for the city’s rebirth, tourists visit the ruinous neighborhoods with awe, architects and artists see the city as a blank slate for imaginative proposals. Yet the real story of Detroit goes quietly untold.

The Detroit 101 lecture series at Princeton University’s School of Architecture will focus on the underlying causes that perpetuated Detroit’s decline, and use this as a lens to supplant the usual disciplinary rhetoric and explore new territories across multiple fields of study. With increased attention on Detroit and urgent calls for social justice in America, many disciplines are retelling the city’s history while others are projecting its future. We must ask ourselves: is the contemporary narrative of Detroit based on a fact or fiction?

Marc Maxey is a recpient of the 2015 Princeton University Dalai Lama Fellowhip for his project: