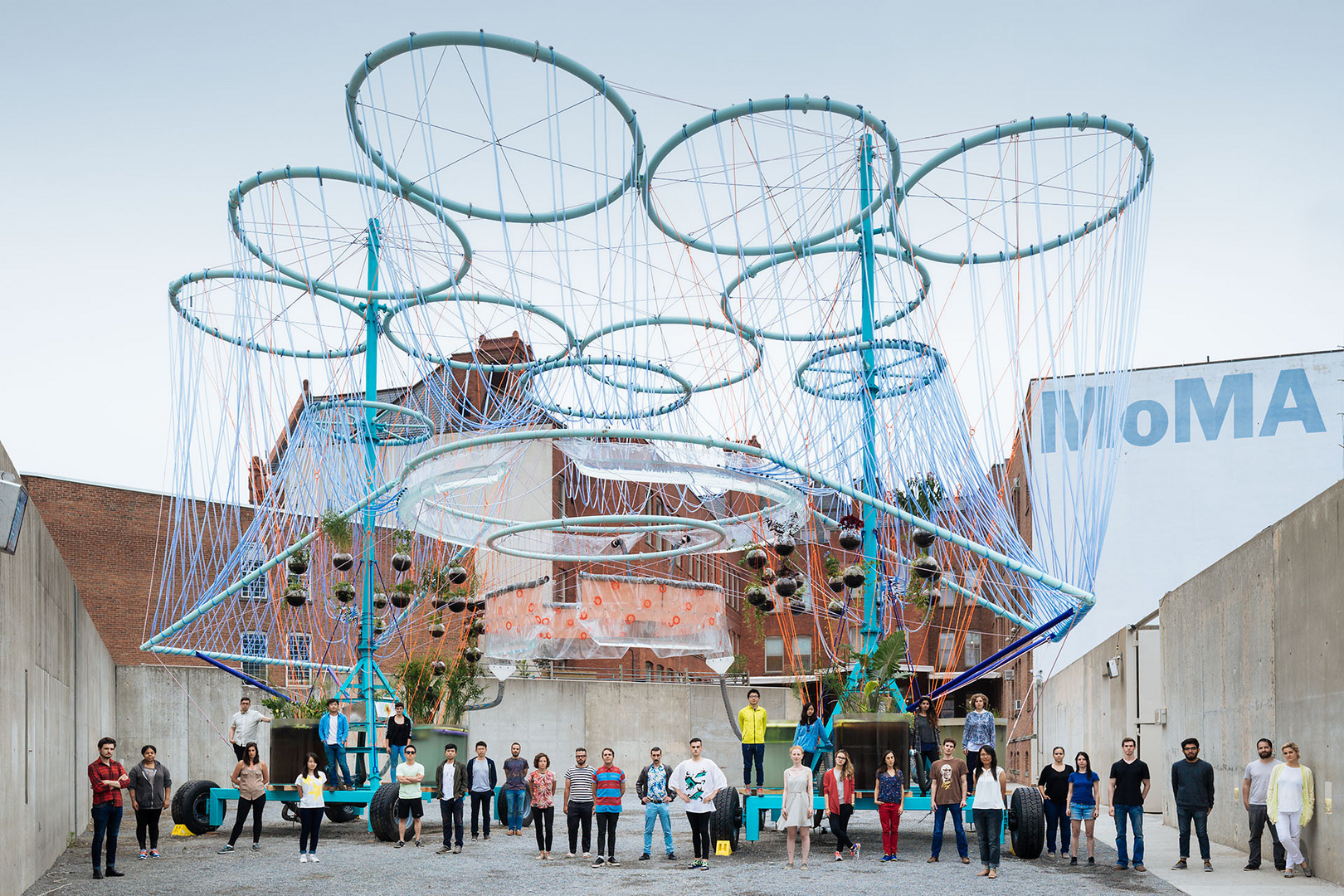 The Prize-winner of the 10th Austrian Frederick Kiesler Prize for Architecture and the Arts 2016: ANDRÉS JAQUE

The Austrian Frederick Kiesler Prize for Architecture and the Arts 2016 goes to the Spanish architect Andrés Jaque. The award with a substantial prize money of 55,000 euros is presented alternately by the Republic of Austria and the City of Vienna every two years. It honours “extraordinary achievements in architecture and the arts that relate to Frederick Kiesler’s experimental and innovative attitudes and his theory of ‘correlated arts’ by transcending the boundaries between the traditional disciplines” (Statutes of the Kiesler Prize).

"It’s such a great satisfaction to receive the Frederick Kiesler Prize, that honors Kiesler’s endeavor to challenge disciplinary boundaries and conventions. I believe that daily life is there to be reinvented, discussed and taken care of, that is what we try to do with our work in the Office for Political Innovation. If we had to find friends on this purpose we would put the previous Kiesler awarded on top of the list."

"Andrés Jaque‘s understanding of architecture is future-oriented: By discussing the complex social and political relations, he positions architecture as essential means for shaping daily life. In this way, Andrés Jaque appears as visionary as well as pragmatic, designing bold solutions at a time when usual schemata are not effective anymore."

"Andrés Jaque belongs – just as Frederick Kiesler – to those who free architecture from constructing’s monothematic thinking. It is absolutely logical that the Spanish architect, lateral thinker and visionary Jaque is awarded with the Kiesler-Prize – the award for architecture in Austria endowed with the highest prize money – this year: he understands architecture as society’s designer by creating spaces for dialogue. In that way, he continues the path which was already pursued by Frederick Kiesler with his holistic and interdisciplinary working practice."

"Andrés Jaque is a worthy recipient of the Kiesler Prize, an architect who fearlessly turns all on its head confronting the banal that at times burdens the pursuit of pure fantastical space. His work stood out this year for its vibrancy, playfulness and uncompromising commitment to seeking out the new and the unorthodox."

"The transdisciplinary work of Andrés Jaque predestines him as a worthy recipient of the 10th Kiesler-Prize. His artistic and scientific practice of developing new concepts regarding political and social innovations can be very much connected to Frederick Kiesler's 'correalistic' theory and contributes crucially to the providing of realistic models concerning the rapid changes within society, architecture and urbanism at present."