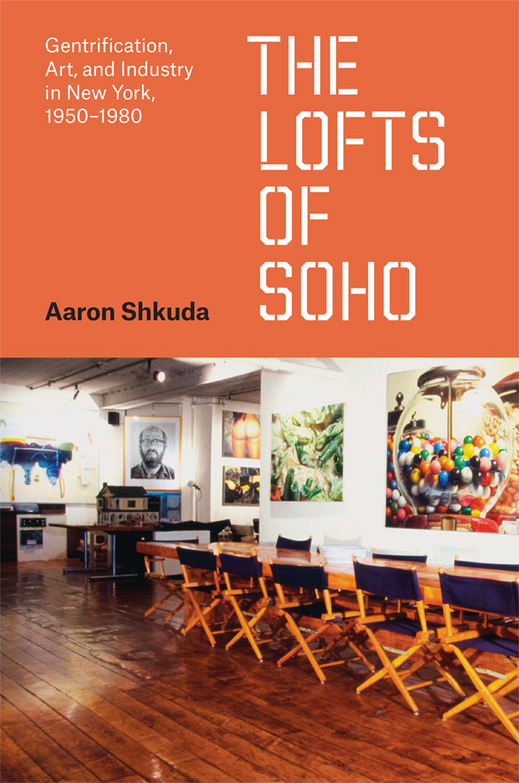 The Lofts of Soho: Gentrification, Art, and Industry in New York, 1950-1980, a recent publication by Aaron Shkuda, has received praise in a write up from the Los Angeles Review of Books. Shkuda is the Project Manager of the Princeton-Mellon Initiative in Architecture, Urbanism, and the Humanities, a program that fosters collaboration between scholars studying urban life and the built environment.

In his review, Stephen Petrus, a historian at the La Guardia and Wagner Archives at La Guardia Community College and a historical walking tour guide for Big Onion Walking Tours, explains, "In The Lofts of SoHo, historian Aaron Shkuda demolishes the stick-figure myth of pioneering artists, greedy landlords, and entitled professionals and illuminates the complexity of gentrification. In doing so, he reveals the origins of the idea that the arts possess the capacity to revitalize derelict city districts." Petrus later calls The Lofts of Soho "a fine book," demonstrating "that the policies that shaped the famous neighborhood were contingent on a peculiar set of circumstances during an era of deindustrialization."

Read the full review of The Lofts of Soho: Gentrification, Art, and Industry in New York, 1950-1980 here.