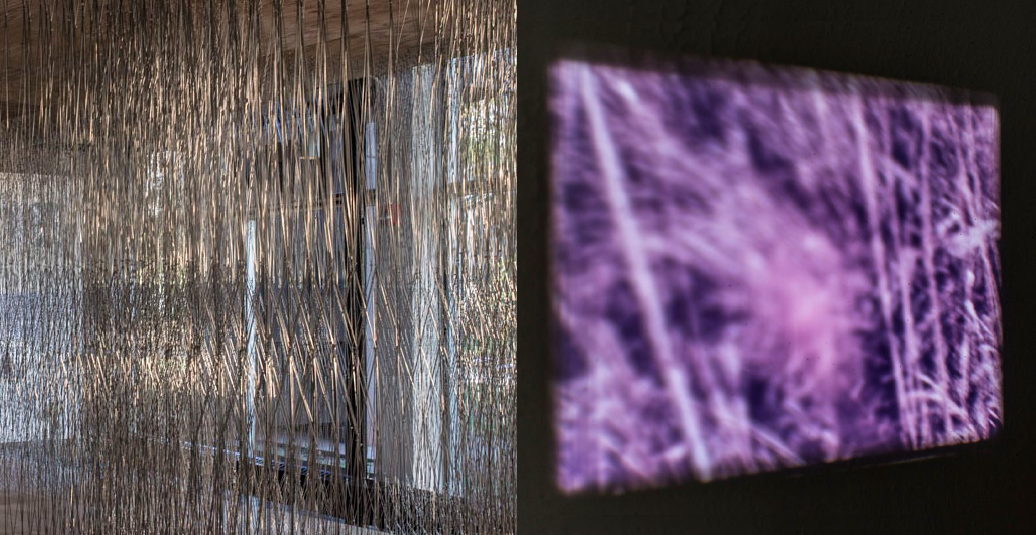 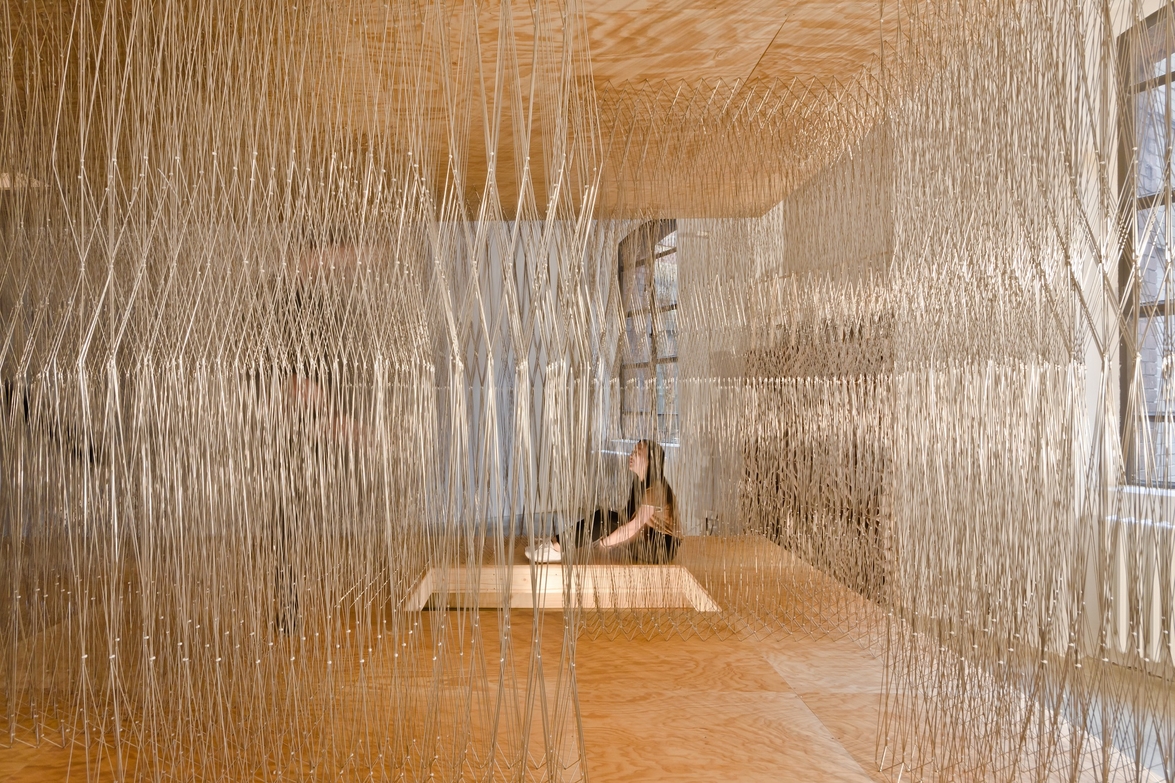 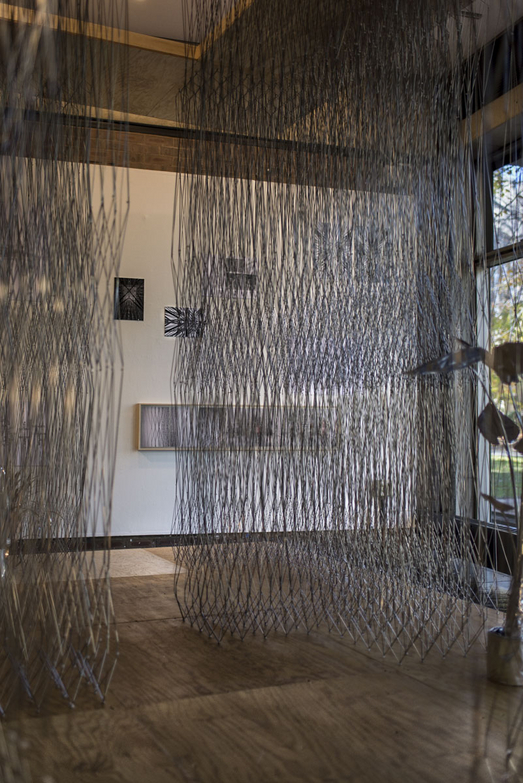 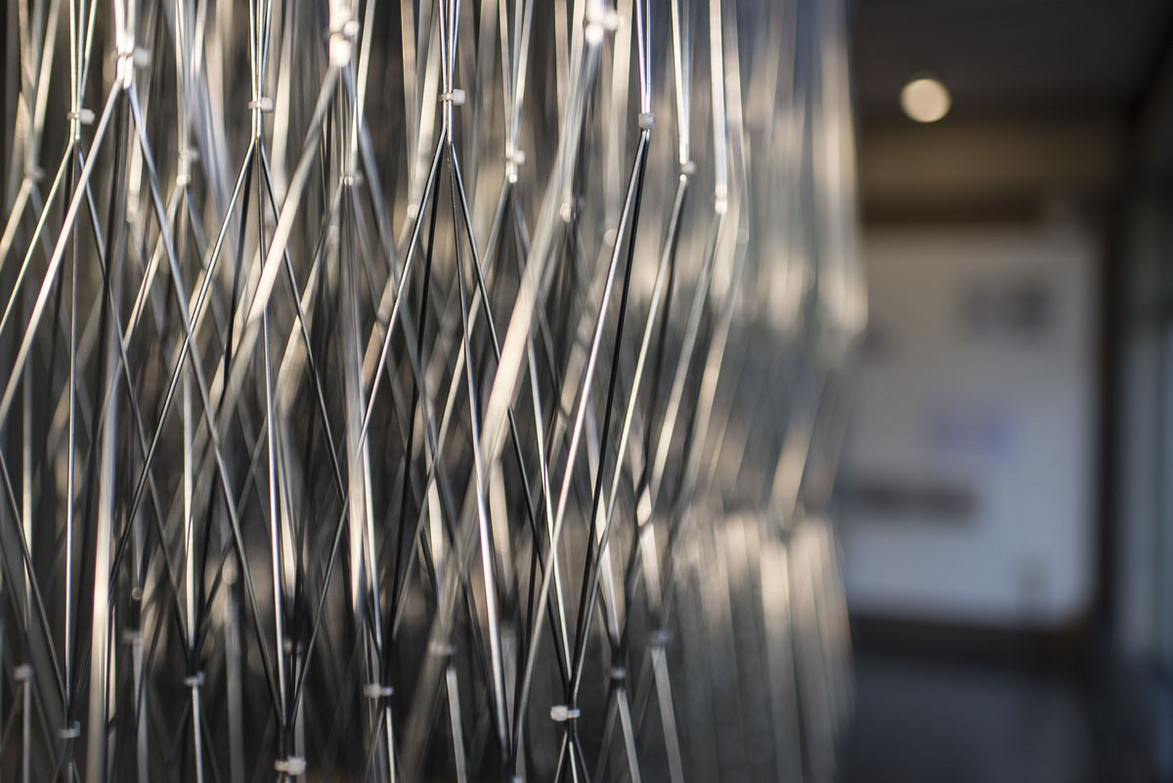 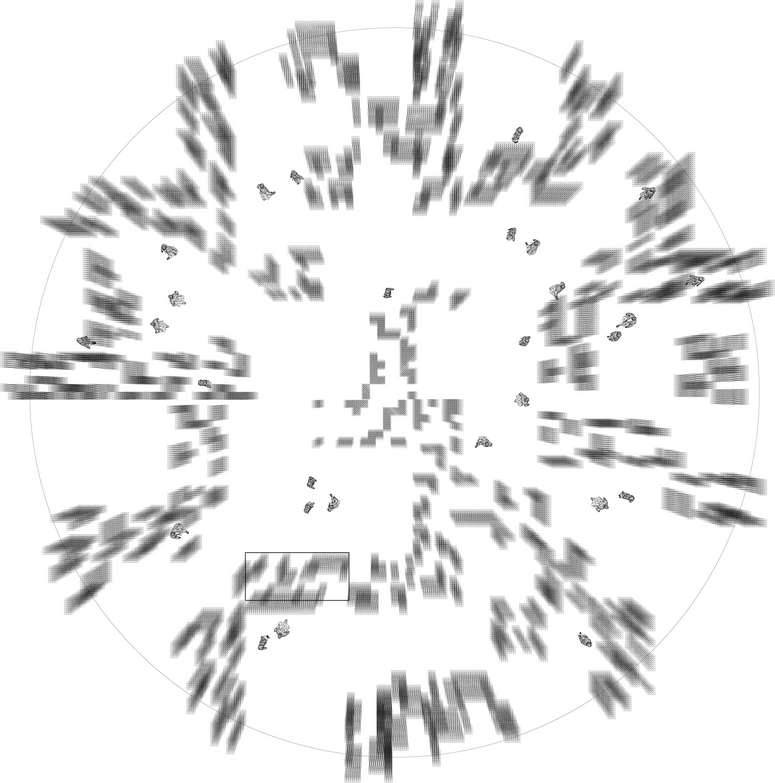 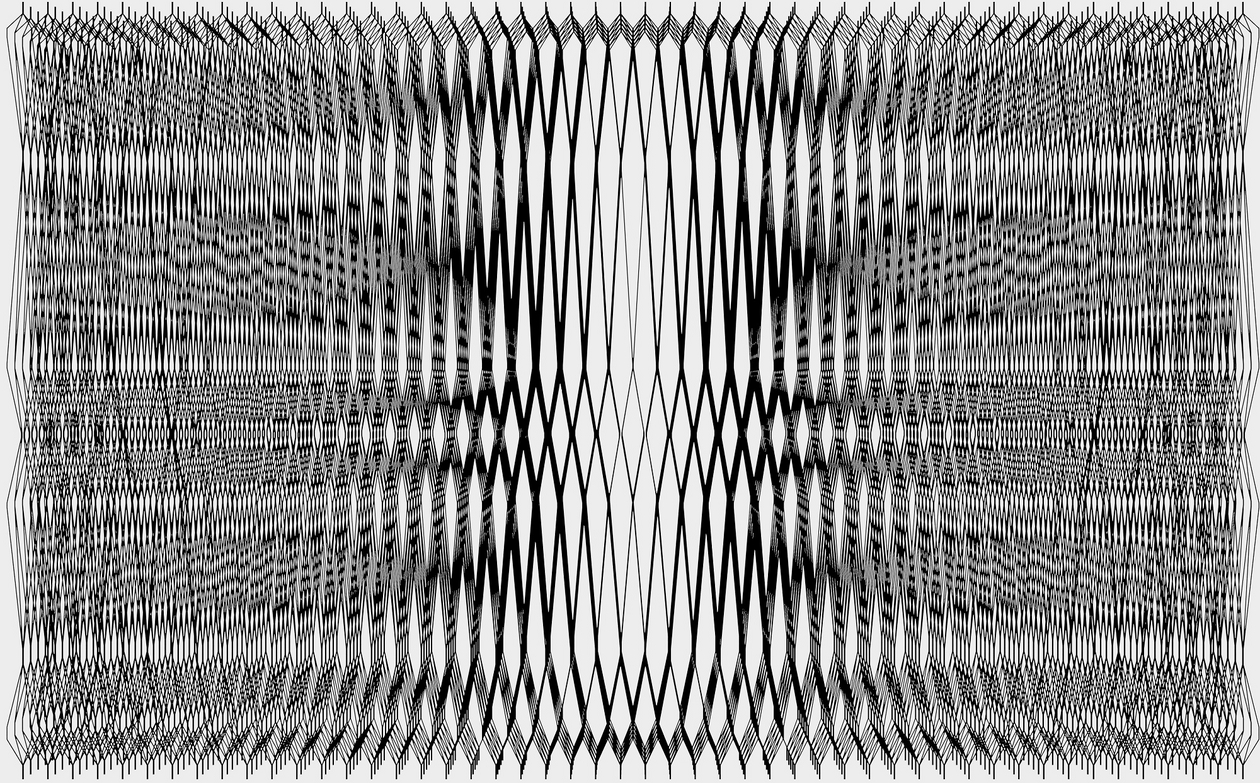 The exhibition THICKET featuring the work of Barkow Leibinger and curated by Tina di Carlo opened at the Princeton of Architecture on November 7, 2016. It is the inaugural exhibition of the School's exhibition series.

Thicket comprises a 1:1 pavilion that blurs the boundaries between materiality and space making. An ephemeral poché of bundled rods generate a series of spaces and passages through which visual and spatial densities coalesce, obscure, blur, and open. The bundles are self-stabilizing — infinitely configurable and expansive — generating a flexible matrix, the exhibition pavilion being one such prototype. The reflectivity of the stainless steel finish heightens the lightness of the elements, offering an intimate space for public encounter.

The exhibition juxtaposes the pavilion alongside drawings by Barkow Leibinger, Structural Grapevine by Konrad Wachsmann. and a rare 1971 film Swamp by Robert Smithson and Nancy Holt. An essay "Afternoons in Utopia" by Niklas Mak, writer and arts editor at the Frankfurter Allgemeine Zeitung and a John T. Dunlop Lecturer of Housing and Urbanization at Harvard, accompanies the exhibition.

Thicket is on view at the Princeton University School of Architecture North Gallery through January 15, 2017.