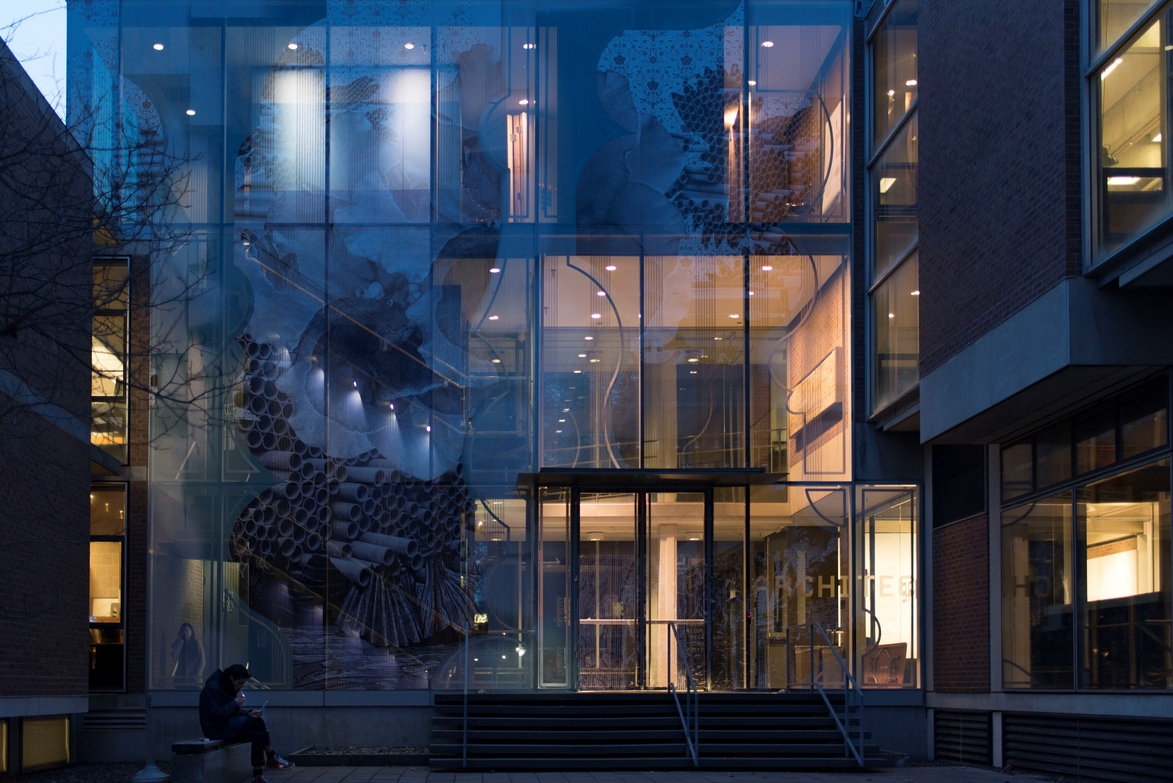 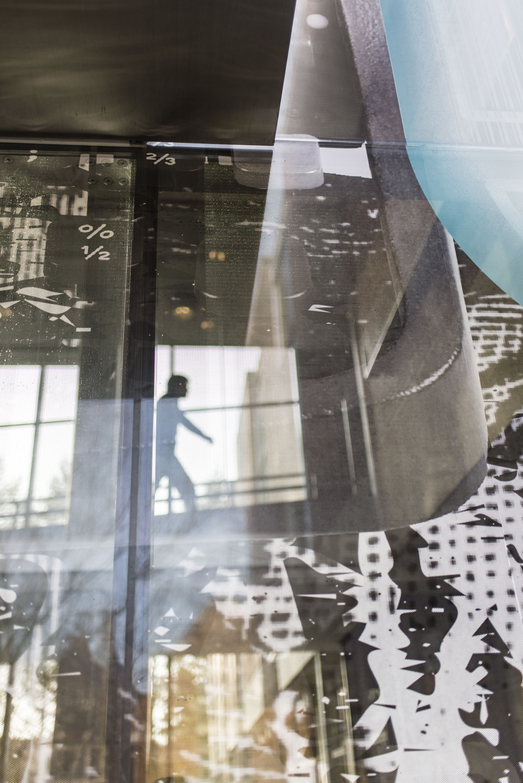 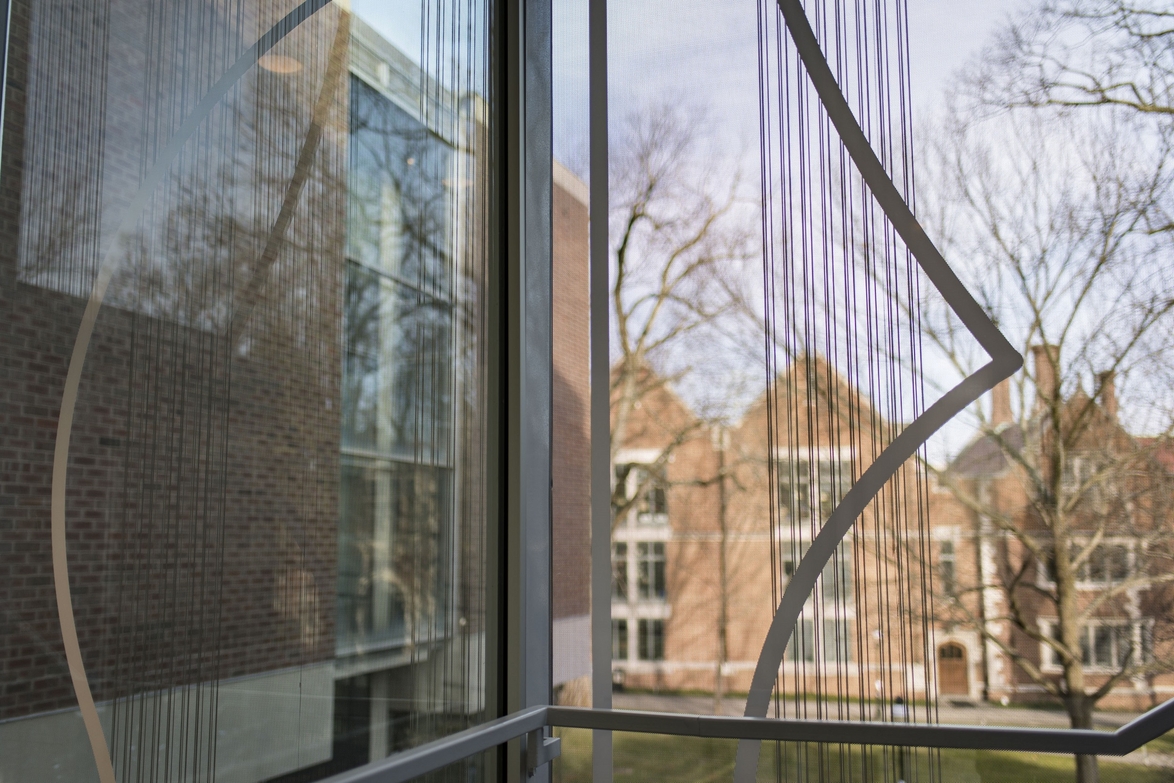 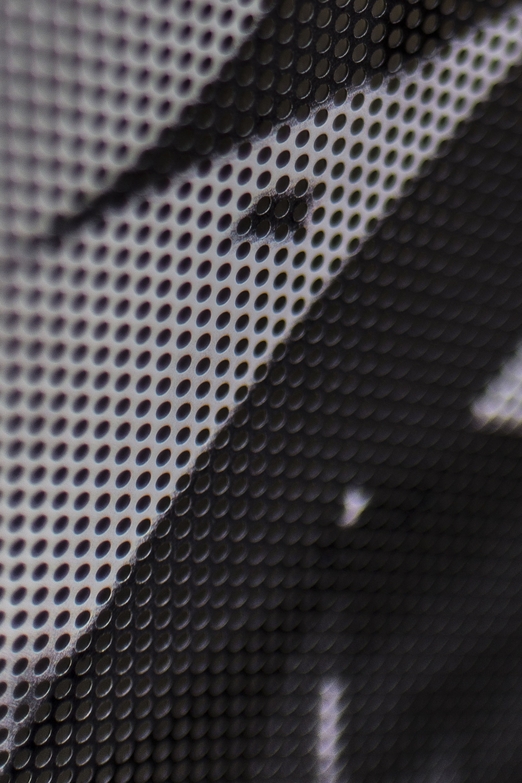 Signatures is a decorative appliqué to ARO’s glass link between the two original School of Architecture buildings by Fisher, Nes, Campbell and Partners. On the exterior, curvilinear outlines generate three-dimensional forms that are column-like but not of a particular style. A collage of textures sit in for an interior condition, where concrete pipes, an Olivetti typewriter, a violet, and a Max Ernst etching are set behind columns. On the interior, residual curves are expressed as mullions that align to the vertical rhythm of the existing glass façade. Two- and three-dimensional forms play between front and back, night and day, coalescing architectural imprints and challenging the visual stability of the image.

Pita and Bloom was formed in 2010 by Florencia Pita and Jackilin Hah Bloom. Pita and Bloom utilize vivid color and reconfigured ornamentation with unexpected forms to challenge traditional material conventions. The work of Pita and Bloom includes competition proposals for world-class buildings such as the Guggenheim Museum in Helsinki, Finland, a housing ideas project in Maribor, Slovenia, and an urban park scheme in San Francisco, California. In January of 2014, Pita and Bloom were called “two female visionaries” in Architecture Magazine’s Next Progressives and were one of five finalists of the prestigious MoMA PS1 YAP competition. Florencia Pita and Jackilin Hah Bloom teach design studios at the Southern California Institute of Architecture.