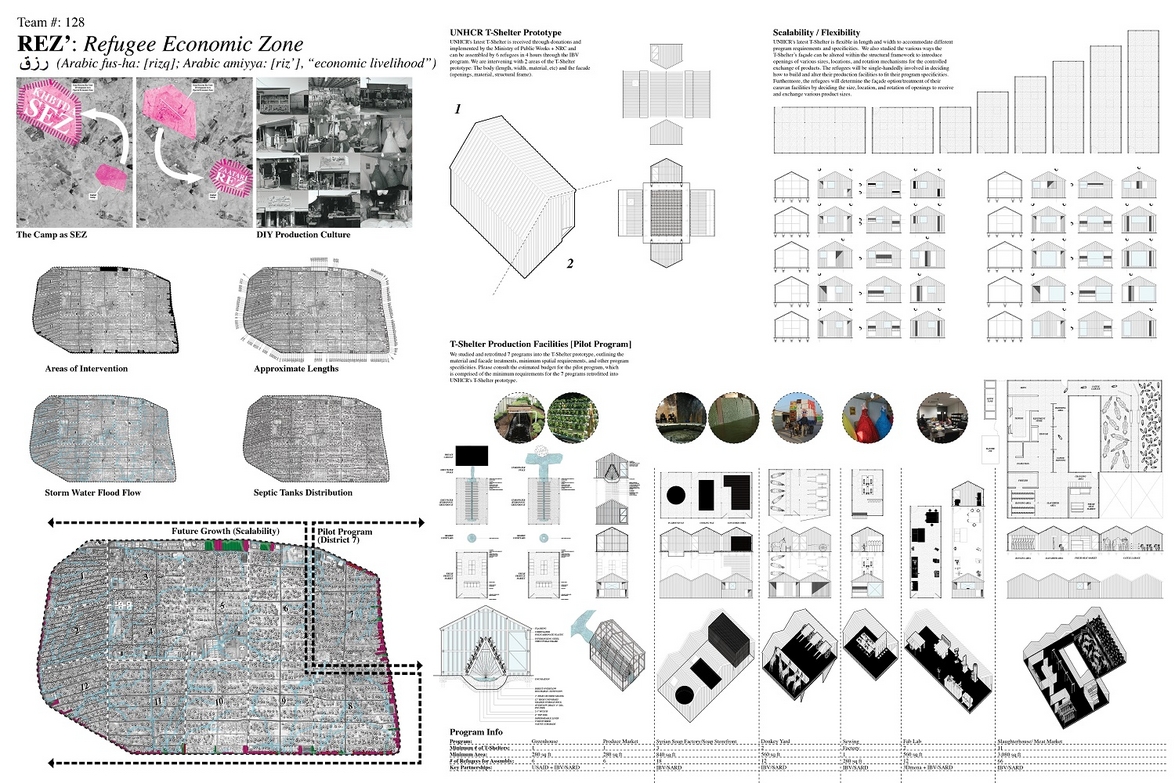 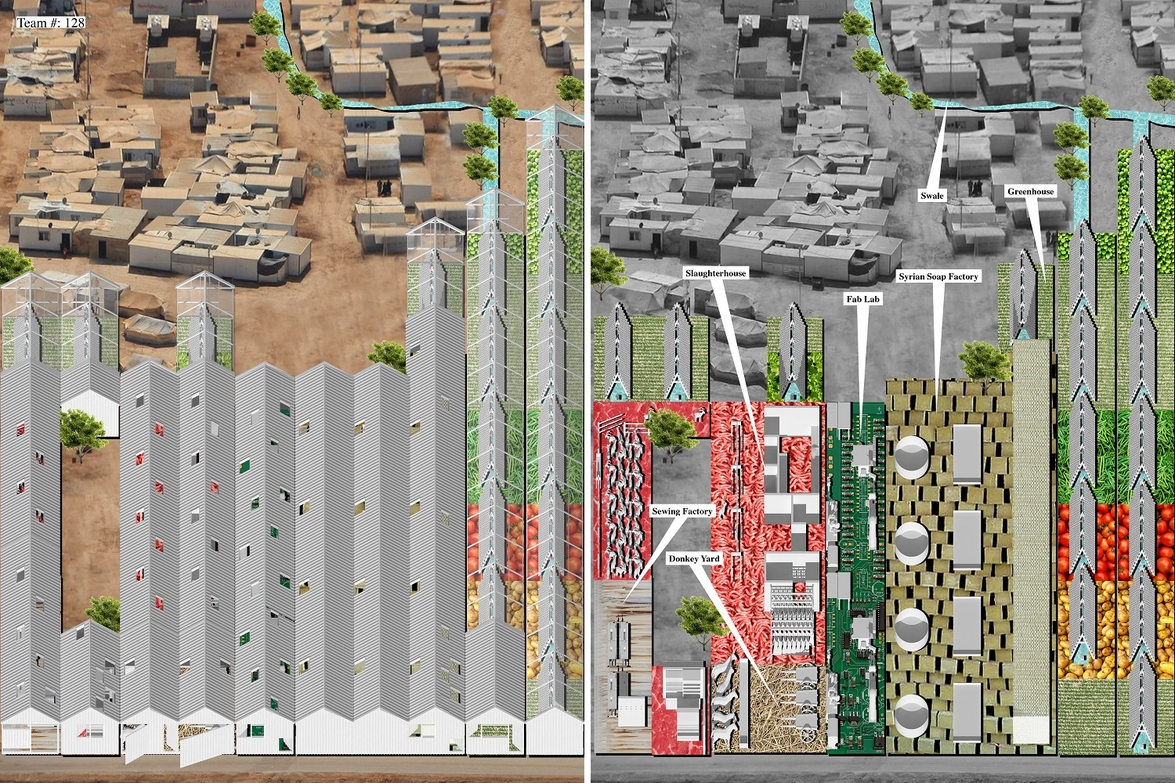 M.Arch student Leen Katrib was recently awarded honorable mention in the Place and Displacement competition hosted by Ideation Worldwide. The competition "aims to create a discourse on refugee livelihoods, which embodies the dignity and resilience of refugees working to protect their autonomy, creativity and capability in difficult conditions." Her project was chosen from over 300 proposals and more than 700 participants from 43 countries.

This is an ongoing project in conversation with UNHCR Jordan, Al Mafraq Development Corporation, & the Jordanian Ministry of Industry and Trade.

In October 2015, two Oxford professors published an article proposing to integrate Syrian refugee workers in special economic zones (SEZs). They proposed the King Hussein Bin Talal Development Area (KHBTDA) as a pilot program for refugees living in the nearby Zaatari refugee camp. Their proposal gained political traction and was launched at the London Conference on Syria in February 2016, resulting in a deal between Jordan and the EU that grants trade concessions in exchange for work opportunities for refugees (Oxford).

However, the proposal faces various practical and social obstacles, such as rising unemployment rates amongst nationals, the difficulty of attracting foreign investors to a site near a war zone, transportation difficulties for refugees, low pay, and the rising success of black and informal markets amongst refugees. As such, Jordanian SEZ's remain largely inactive and refugee camps remain an untapped economic potential for the host country. The EU-Jordan deal is already failing.

According to KHBTDA’s Market Analysis, many of its projected industry sectors and products, particularly fruits & vegetables, meats & dairy products, soaps, and perfumeries, are arguably already being produced and sold within Zaatari, albeit at the scale of a small marketplace. Many of Zaatari’s refugees previously worked as farmers, butchers, etc. before they left Syria, serving as an extension of their former identity and fostering a sense of belonging in their new context. This raises an important question: Rather than integrating Zaatari’s refugees into KHBTDA or continuing to build at the scale of a marketplace, why not transform Zaatari into an economic zone in itself? In doing so, we amplify the already-existing operations in the marketplace into large-scale operations that allow Syrian refugees to continue exercising their occupations while becoming important contributors to the EU-Jordan deal.

Our proposed area of intervention is the unoccupied land around the camp’s inner perimeter (1,850,868 sq ft) that will be turned into a special economic belt of production and trade facilities. To address the issue of building permanent structures on site, we propose to build the production facilities using UNHCR’s newest T-Shelter caravan. This prototype is flexible for alterations and expansions for various program specificities. T-Shelter caravans are implemented by the Ministry of Public Works and Housing and the NRC through UNHCR. Each T-Shelter caravan takes 4 hours to be assembled by 6 refugees through the Incentive Based Volunteering (IBV) program, which was introduced by SARD [Reference 4]. By working with the T-Shelter as a flexible prototype for building, we address the issue of cost and permanence, while also providing refugees with opportunities to generate income by assembling the facilities and subsequently by producing & exporting.

To address security and control issues, we used the existing camp entrance security as a model of a controlled exchange frontage: we propose to treat the frontage of the T-Shelter caravans as a controlled façade that allows for the exchange of certain products and product sizes while preventing consumers from entering and engaging with the facilities. We studied the various ways the T-Shelter’s façade can be altered within the structural framework to introduce openings of various sizes, locations, and rotation mechanisms for the controlled exchange of products. The refugees will be single-handedly involved in deciding how to build and alter their production facilities to fit their program specificities. They will determine the required lengths and widths of their caravan facilities. Furthermore, the refugees will determine the façade option/treatment of their caravan facilities by deciding the size, location, and rotation of openings to receive and exchange various product sizes. We studied and retrofitted 7 programs into the T-Shelter prototype, outlining the material and facade treatments, minimum spatial requirements, and other program specificities. The programs include: greywater and storm water hydroponic greenhouse caravans, fresh produce market caravans, slaughterhouse/septic tank caravans, fabric production caravans, Aleppo soap factory caravans, and Fab Lab caravans (pending government approvals to 3Dmena startup).