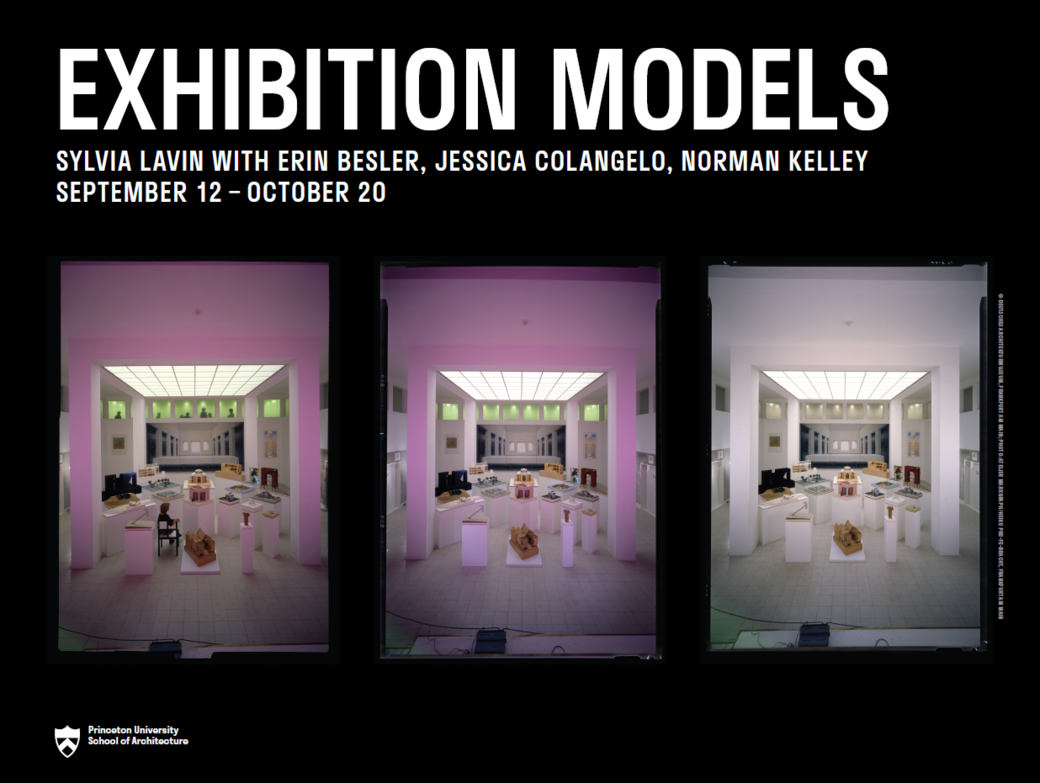 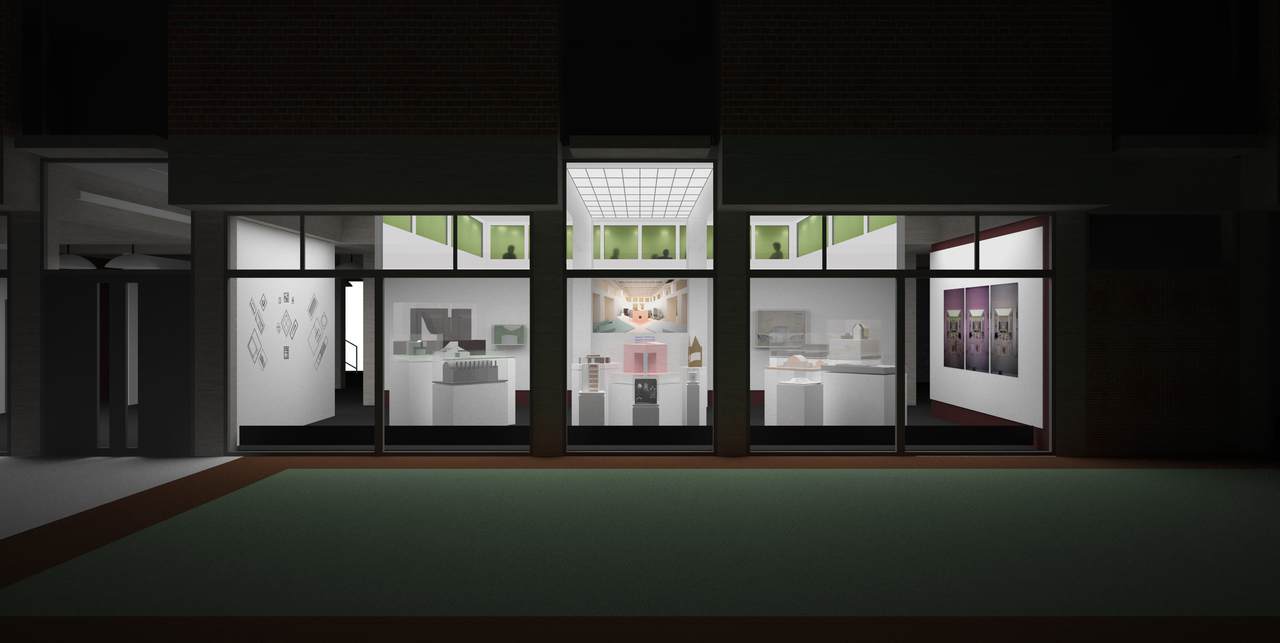 Exhibition Models presents 18 models collected by Heinrich Klotz, historian of Brunelleschi and chronicler of postmodernism, as he formed the German Architecture Museum (DAM).  16 of these models were made between 1965 and 1983 and were acquired directly from the architects while 2 replicate models Klotz commissioned from local model makers because he was unable to acquire the originals. The setting restages a publicity photograph taken in the auditorium shortly after the museum opened in 1984. A video-feed connects this recreation to Super Model, an installation of DAM clones on view at “Make New History,” the second edition of the Chicago Architecture Biennial.

Klotz and others argued that postmodern historicism was a tool for recapturing cultural authenticity, but many of the historiographical methods developed during that period, such as the founding of museums and archives as historical practice, produced competing historical narratives and artificially modified their course.  The sudden proliferation of institutions collecting architectural materials, for example, generated a market that encouraged architects to shift their production to collectible objects and to equate artefacts made in excess of the demands of professional practice with architecture itself.

Models entered and altered this ecology in specific ways. Some architects began to design buildings that imitated the material abstraction and informality of working models. Others used materials like bronze to make models that imitated the formal structure of sculpture or issued models in numbered editions to imitate the ironic economies of conceptual art. Curators, meanwhile, commissioned models to imitate buildings they could otherwise not collect or show, sometimes allowing such ‘copies’ to infiltrate the archives they were constructing to preserve the historical record.  Exhibition models thus both eroded and amplified attachments to authenticity and entangled the work of historians, curators and architects, ultimately modelling not history but what has become a key feature of contemporary creative practice.