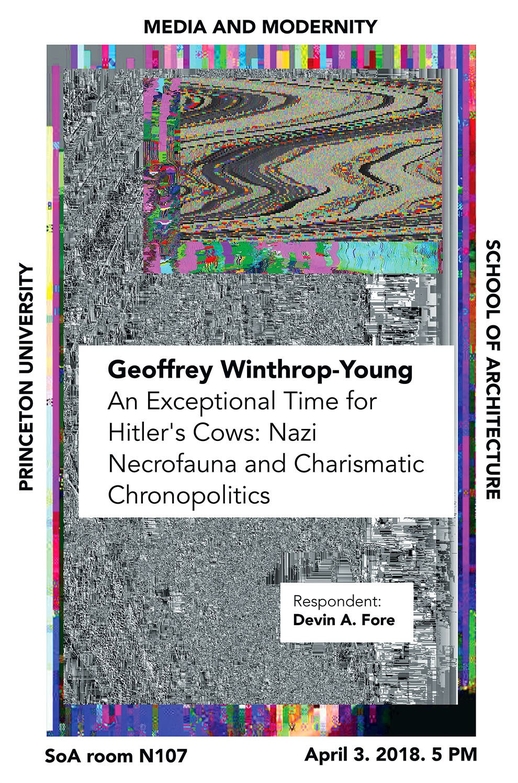 The talk addresses epistemological, bioarchival and colonialist implications of early German forays into de-extinction (specifically, the back-breeding of the extinct aurochs) , linking them with --  equally questionable and unsuccessful --  political attempts to implement a charismatic Ausnahmezeit ("time of exception") in politics. These strange endeavours are analyzed against the background of the recent 'temporal turn', especially in so-called German Media Theory.

Geoffrey Winthrop-Young (MA Freiburg / PhD UBC) teaches in the German and Scandinavian programs at the UBC Department of Central, Eastern and Northern European Studies.  His research  focusses on "German Media Theory," theories of evolution and extinction, and cultural techniques.