Breakfast, Lunch, and Drinks will be served

Revolutionizing Revolution is a transdisciplinary colloquium that addresses the discussions, concepts, subjects, temporalities, media, and legacies of revolution through architecture, design and its impact on intellectual life, coinciding with the 100th anniversary of Red October. It proposes to debate the concept of revolution through four roundtables and eight guests: Nettrice Gaskins, Jack Halberstam, Lesley Lokko, Ginger Nolan, Rachel Price, Andrew Ross, Lee Stickells, and Albena Yaneva.

Revolution has to be revolutionized—it has to be rethought. Is it always a breaking point? Is it always public? Or urban? Recent global political events invite further questioning and the reframing of notions of dissent, activism and rupture, both in and outside the academy. Revolutions can be progressive as well as regressive. With the emergence of new media protocols, body regulations, religious maps, secularity, climate change and rising economic inequality, it seems no coincidence the word revolution is becoming more common in daily speech. With these processes taking place in very specific environments, the role of humanities should be redefined. From city squares to building regulations, from monuments to imaginaries, from social media to techniques, from manifestos to renderings, architecture and revolution go hand in hand.

Looking beyond canonical examples and the myths that describe revolutionary moments, we are interested in revolutionary events that fall outside of the traditional framework. Thus, we will account for intersectional transformations that occur over extended periods of time, by diverse subjects, and across different milieus, contexts and environments, creating new architectures and urbanisms on a global scale. No revolution matches its first definition and it cannot be defined monolithically. Furthermore, an aprioristic cis-architecture—one that maintains its agenda separated from its performativity—cannot happen anymore. Revolutionizing Revolution then asks: In what ways are revolutions revolutionary and what are their expectations? How is revolution embodied, enacted and performed? When and where do revolutions happen? What are its architectures? What are the figures of authority and how are facts being defined, de-marginalized and confronted?

Guests:
Nettrice Gaskins
Nettrice Gaskins attended Georgia Tech where she received a PhD in Digital Media in 2014. Her model for ‘techno-vernacular creativity’ is an area of practice that investigates the characteristics of this production and its application in STEAM (Science, Technology, Engineering, Art and Mathematics). She blogs for Art21 Magazine, and is published in several journals and books. She was the director of the STEAM Lab at Boston Arts Academy and lectures internationally.

Jack Halberstam
Jack Halberstam is Professor of American Studies and Ethnicity, Gender Studies and Comparative Literature at the University of Southern California. Halberstam is the author of five books including Skin Shows: Gothic Horror and the Technology of Monsters (Duke UP, 1998), Female Masculinity (Duke Up, 1998), In A Queer Time and Place (NYU Press, 2005), The Queer Art of Failure (Duke UP, 2011), and Gaga Feminim: Sex, Gender, and the End of Normal (Beacon Press, 2012) and has written articles that have appeared in numerous journals, magazines and collections. Halberstam is currently working on several projects including a book on Fascism and (homo)sexuality. Halberstam has co-edited a number of anthologies including Posthuman Bodies with Ira Livingston (Indiana University Press, 1995) and a special issue of Social Text with Jose Munoz and David Eng titled “What’s Queer About Queer Studies Now?” Jack is a popular speaker and gives lectures around the country and internationally every year. Lecture topics include: queer failure, sex and media, subcultures, visual culture, gender variance, popular film, animation.

She was a founding member of ThirdSpace, a UK-based collective that researched the relationship between architecture, globalization and cultural identity, and was a co-founder of the current MArch programme at the University of Westminster, Architecture, Cultural Identity and Globalisation (MACIG). She is an active participant in the UCT-funded Centre for the Study of African Cities, and is a regular juror at international competitions and symposia, most recently at EUROPAN (Vienna 2009); Blueprints of Paradise (Amsterdam 2012) and ArchiPRIX International (Moscow 2013).

Ginger Nolan
Ginger Nolan holds a B.A. in Comparative Literature, a master’s degree in Architecture, and a Ph.D. in Architectural History and Theory. Her current work explores how design disciplines during the late 19th through 20th century instrumentalized conceptions of “savage thought” to gain access to the mind’s putatively unconscious methods of semiotic production, a tendency leading to what she terms “semiotic apartheids”. This work has received support from the Social Science Research Council, the Deutscher Akademischer Austausch Dienst, the Graham Foundation, the Terra Foundation, and Columbia University’s Interdisciplinary Center for Innovative Theory and Empirics.

Other research pursuits include relationships between forms of land tenure and land aesthetics; and hereditary evolution’s ideological and technological histories.

Andrew Ross
Andrew Ross is Professor of Social and Cultural Analysis at NYU. A contributor to the Guardian, the New York Times, the Nation, and Al Jazeera, he is the author of many books, including Creditocracy and the Case for Debt Refusal, Bird On Fire: Lessons from the World’s Least Sustainable City, Nice Work if You Can Get It: Life and Labor in Precarious Times, Fast Boat to China--Lessons from Shanghai, No-Collar: The Humane Workplace and its Hidden Costs, and The Celebration Chronicles: Life, Liberty and the Pursuit of Property Value in Disney 's New Town. He is the co-editor of the recently published The Helsinki Effect: Public Alternatives to the Guggenheim Model of Culture-Driven Development (UR Books)

Rachel Price
Rachel Price (B.A., Yale; Ph.D., Duke U.), works on Latin American, circum-Atlantic and particularly Cuban literature and culture; media; poetics; empire; and ecocriticism. Her essays have discussed a range of topics, including digital media, slavery, poetics, and visual art. The Object of the Atlantic: Concrete Aesthetics in Cuba, Brazil and Spain 1868-1968 was published in 2014 by Northwestern University Press. Planet/Cuba: Art, Culture, and the Future of the Island, was published by Verso Books in 2015. Planet/Cuba discusses contemporary literature as well as conceptual, digital, and visual art from Cuba that engages questions of environmental crises, new media, and new forms of labor and leisure. She is currently working on several projects, including intersections between aesthetics and energy, and a book-length study rethinking communication technologies and literature in the nineteenth-century slaveholding Iberian Atlantic.

Lee Stickells
Lee Stickells is currently Associate Professor in Architecture, and Associate Dean (Research Education), in the School of Architecture, Planning and Design at the University of Sydney. His research focuses on interactions between politics, aesthetics and architecture after WWII. It is characterised by an interest in the potential for architecture to shape other ways of living, particularly its projection as a means to reconsider the terms of social life – of how we live together. Lee approaches this through intertwined historical research, critical writing and curatorial practices. He has co-curated exhibitions including Not Quite Square (2013) and The Right to the City (2011). His research has appeared in scholarly journals and anthologies including ARQ: Architectural Research Quarterly, Fabrications, The Handbook of Interior Architecture and Design, Beyond Utopia, Trash Culture, and Heterotopia and the City. Alongside this, Lee contributes regularly to professional journals and mainstream media. Recently, Lee has been a visiting scholar at the Canadian Centre for Architecture (2015) and at UC Berkeley (2016). He is the 2017 Nancy Keesing Fellow at the State Library of New South Wales. Lee is an editorial committee member of the journal Architectural Theory Review and an Editorial Board member for the Society of Architectural Historians, Australia and New Zealand. He’d rather be riding his bike.

Albena Yaneva
Albena Yaneva is Professor of Architectural Theory and director of the Manchester Architecture Research Group (MARG) at the University of Manchester, United Kingdom. She has been Visiting Professor at Princeton School of Architecture and Parsons. In 2017 she was awarded the Lise Meitner Visiting Chair in Architecture at the University of Lund, Sweden. Her research is intrinsically transdisciplinary and crosses the boundaries of science studies, cognitive anthropology, architectural theory and political philosophy. She is the author of several books: The Making of a Building (Oxford: Peter Lang, 2009), Made by the OMA: An Ethnography of Design (Rotterdam: 010 Publishers, 2009), Mapping Controversies in Architecture (Ashgate 2012) Five Ways to Make Architecture Political. An Introduction to the Politics of Design Practice (Bloomsbury 2017), and editor (with Alejandro Zaera-Polo) of What is Cosmopolitical Design? (Routledge 2015). Her work has been translated into German, Italian, Spanish, French, Portuguese, Thai and Japanese. Yaneva is the recipient of the RIBA President’s award for outstanding research (2010). 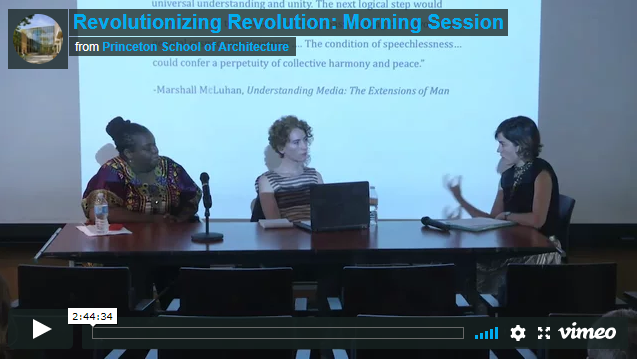 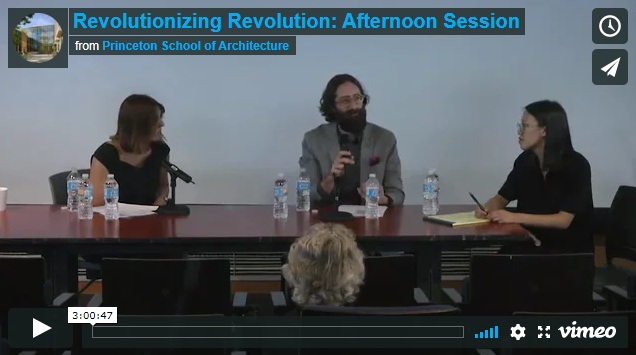