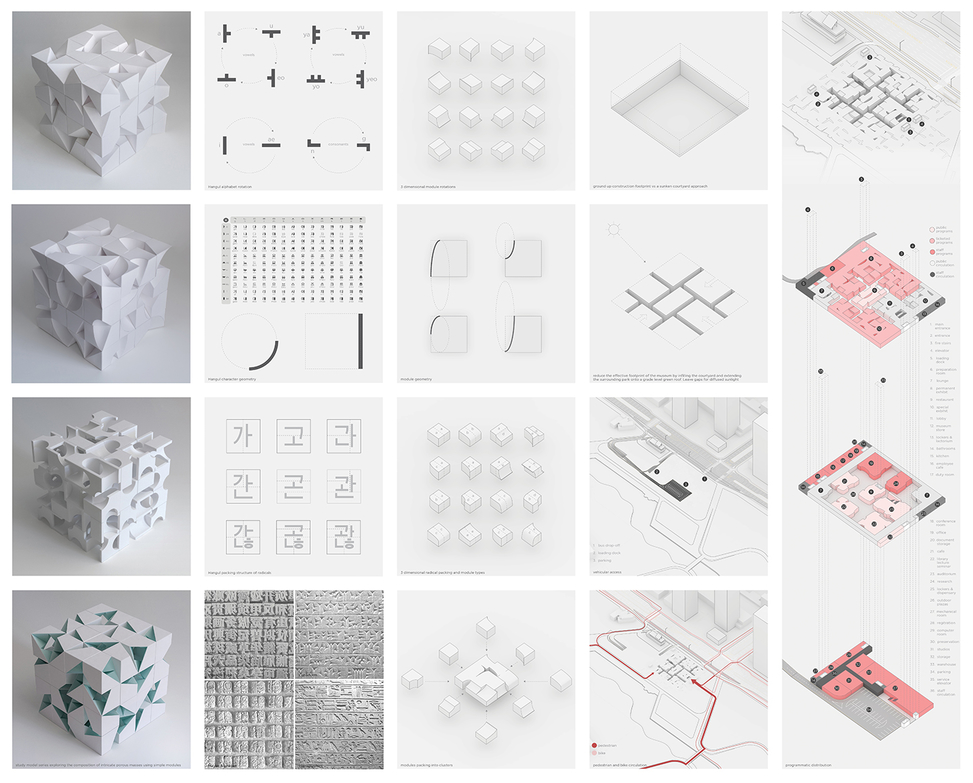 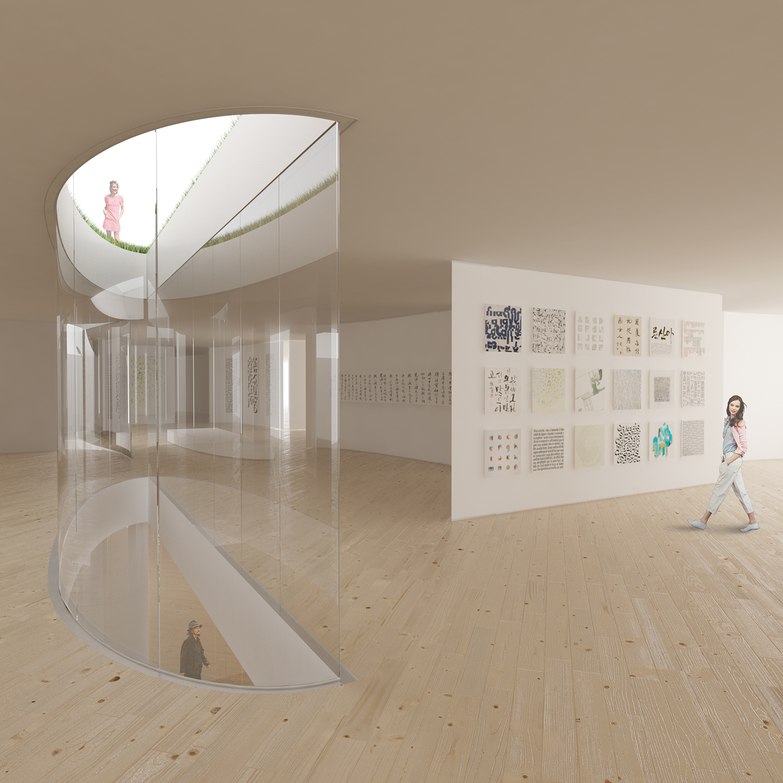 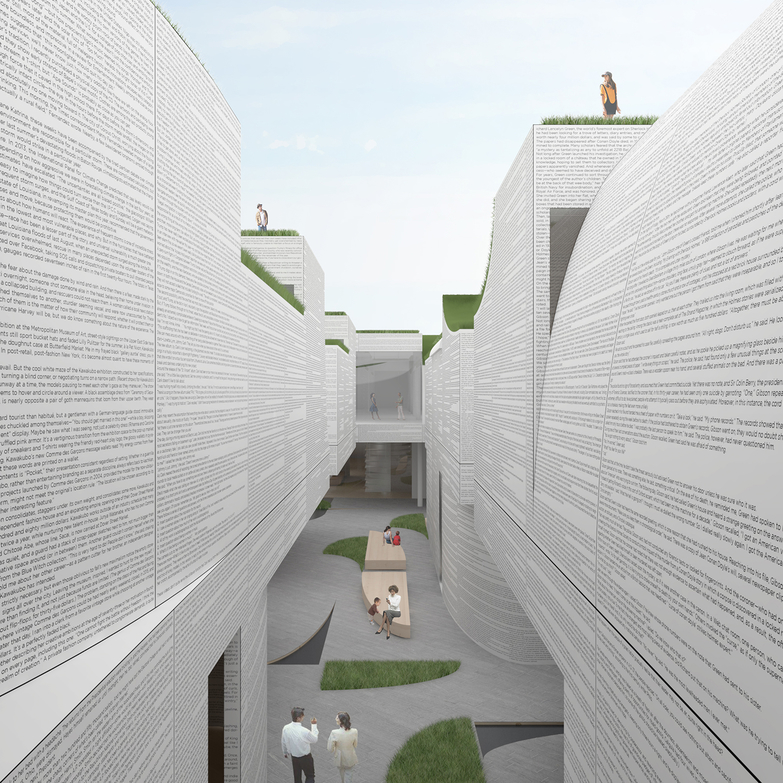 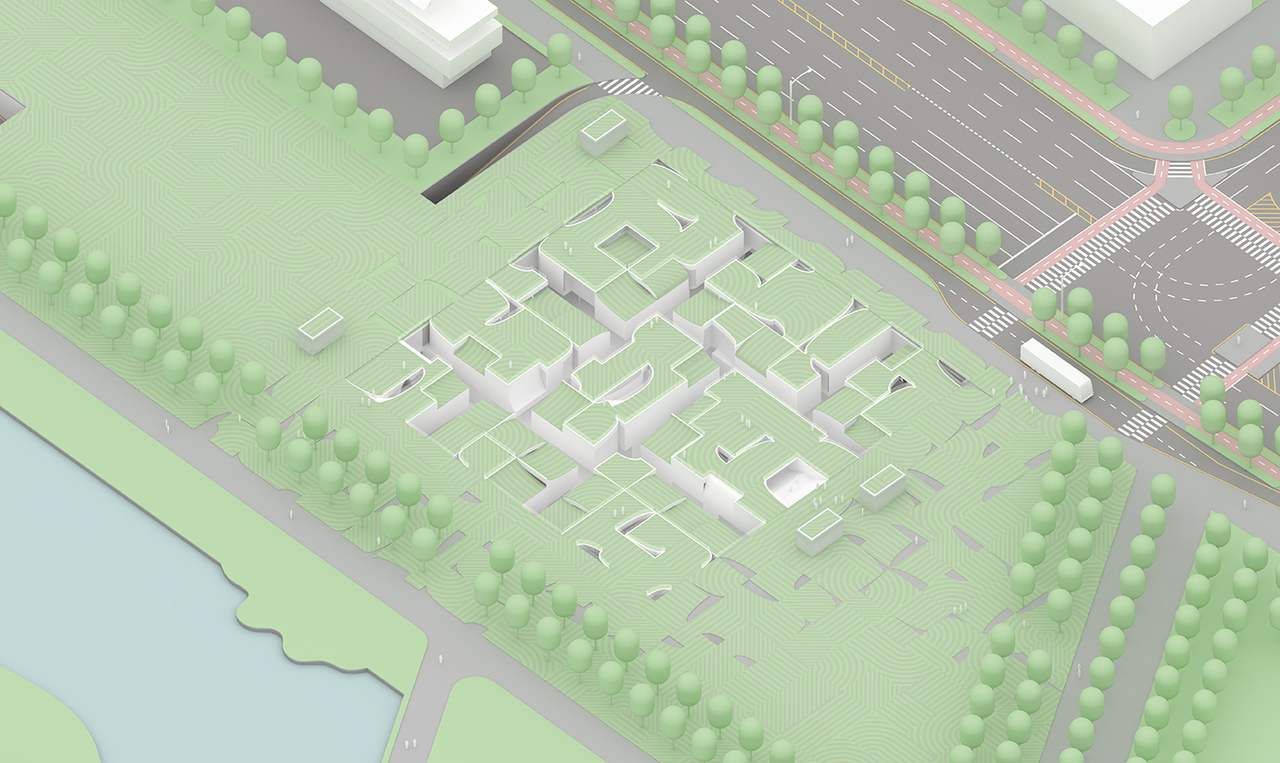 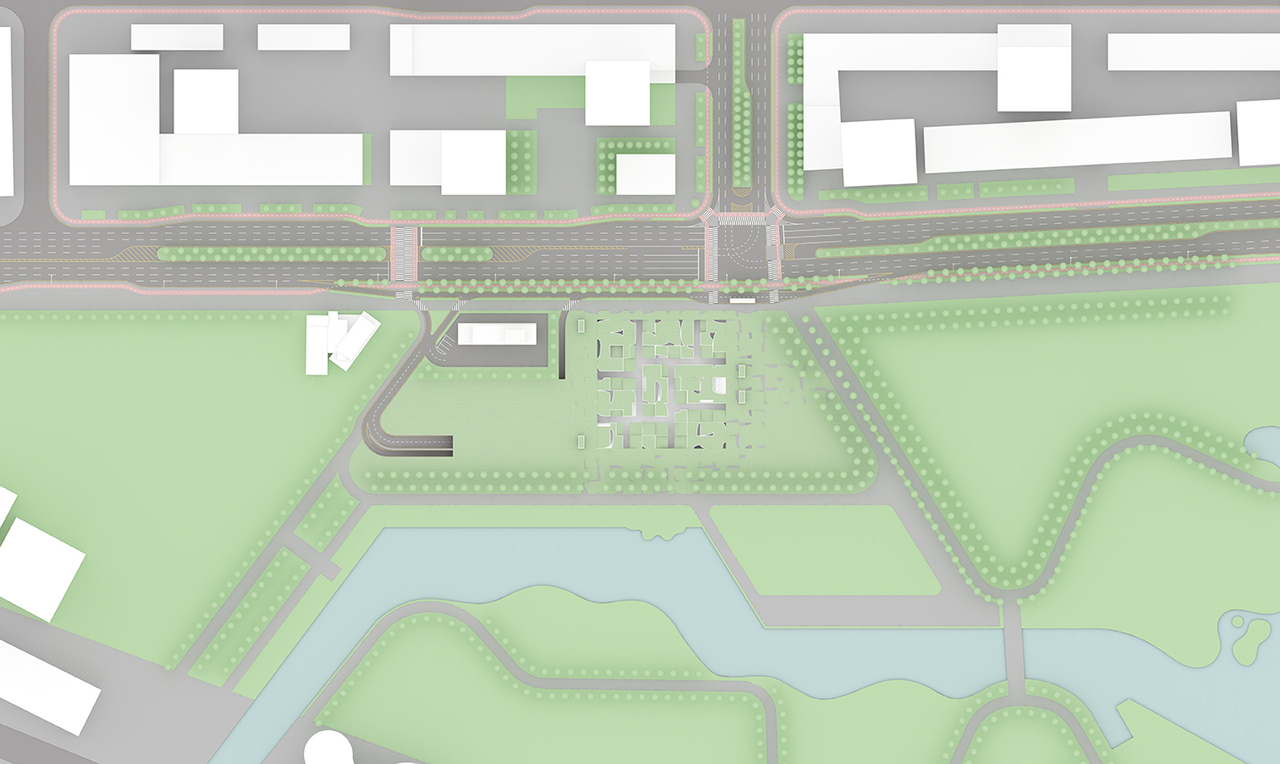 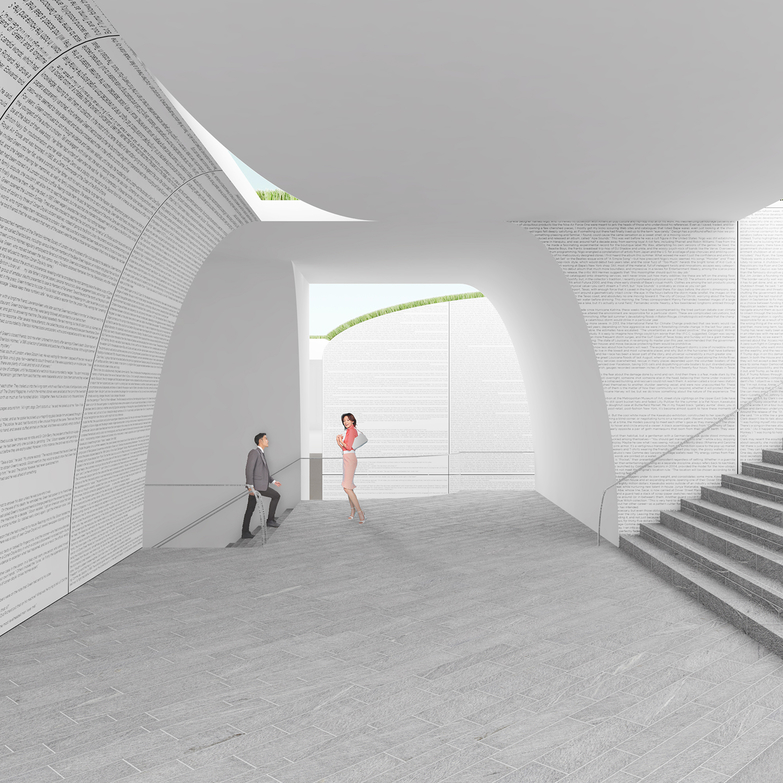 CUNEIFORMED, a proposal by Archotus and Hou de Sousa, was recently awarded second place in the National Museum of World Writing International Design Competition. Craig Mitchell Cook, a 2010 graduate of Princeton University School of Architecture's M.Arch program, is Principal at Archotus, an architecture studio based in Washington, D.C. The competition was organized by the South Korean Ministry of Culture, Sports, and Tourism, and sought designs for a 230,000 square foot museum and community center that will serve as a center for the study and exhibition of research and artifacts relating to the history of global writing systems. A total of 126 teams from 40 countries submitted proposals.

Project Description — CUNEIFORMED
The National Museum of World Writing in Songdo pairs two conditions at odds with one another. The first is the purpose of the Museum: exploring the ancient universality of human communication in written form. The second is its site: the city of Songdo, built in the past decade on a tabula rasa of reclaimed land. Our proposal for the Museum addresses these opposites, creating a container for the study and exposition of writing as an ancient manifestation of culture in a city whose culture is so new as to be undefined. In the process, we are writing this new city’s culture through architecture.

Our strategy addresses these conditions by proposing a form evocative of the very thing Songdo lacks: a history. But rather than employ stereotypical historic architectural forms, we looked for the places where the fundamentals of writing and architecture overlap - solid to void relationships, the trace of gesture on surface, the meaning in the depth of a mark, penetration, or extrusion. And we expressed these on the tabula rasa of the site, cutting into the surface with abstractions of these formal elements.

The result is a museum one discovers as if by accident, revealed in the earth as an archaeological site, its repeated modular geometries evocative of the ancient Cuneiform writing system of marks cut into a flat clay surface.

Rather than a singular building, the museum reads as a below-grade, unearthed village. Two levels down, visitors circulate on open-air plazas that connect the program components. The components are contained in a ring of circulation and support systems that is entirely below grade. The village components themselves are composed of 7mx7mx5m modules, each of which has a carved void element. These carved elements are inspired by typographic maneuvers shared by all writing systems. The result is a “roof” that is actually a ground plane of unexpected openings and penetrations that encourage investigation and discovery. The voids of each module serve as light wells, clerestories, and small courtyards while simultaneously providing a means of partitioning spaces. As a design strategy, this porous, modular system is highly reconfigurable and can be tailored to the specific needs of each program. Our proposal reflects just one arrangement of nearly infinite possibilities.

This design addresses several criteria of the brief in unique ways. The public can wander into the museum alleyways and open pubic program - the store, cafe, restaurant, and research library - without ever having to go into the museum itself. The roof functions as an element of the park, so no open area is lost, and views of the park are maintained. The iconic form of the museum becomes defined by its voids, rather than its solids, this makes a distinctive reading both at the street level, and from high elevations, such as the surrounding skyscrapers and Google Earth. Indeed, from above the museum is utterly unique, reading as a massive abstract hashtag.

Finally, the sub-grade character of the building allows for numerous sustainability features. Substantive efficiencies are to be gained environmentally by taking advantage of the thermal mass of the surrounding earth and the green roof above, minimizing the need for the high powered mechanical systems needed in museum and archival settings. Rainwater is captured within the roof and runoff is channelled into water features within the alleyways below. Finally, the alleyways and repeated penetrations allow for sufficient daylighting through all critical program areas.