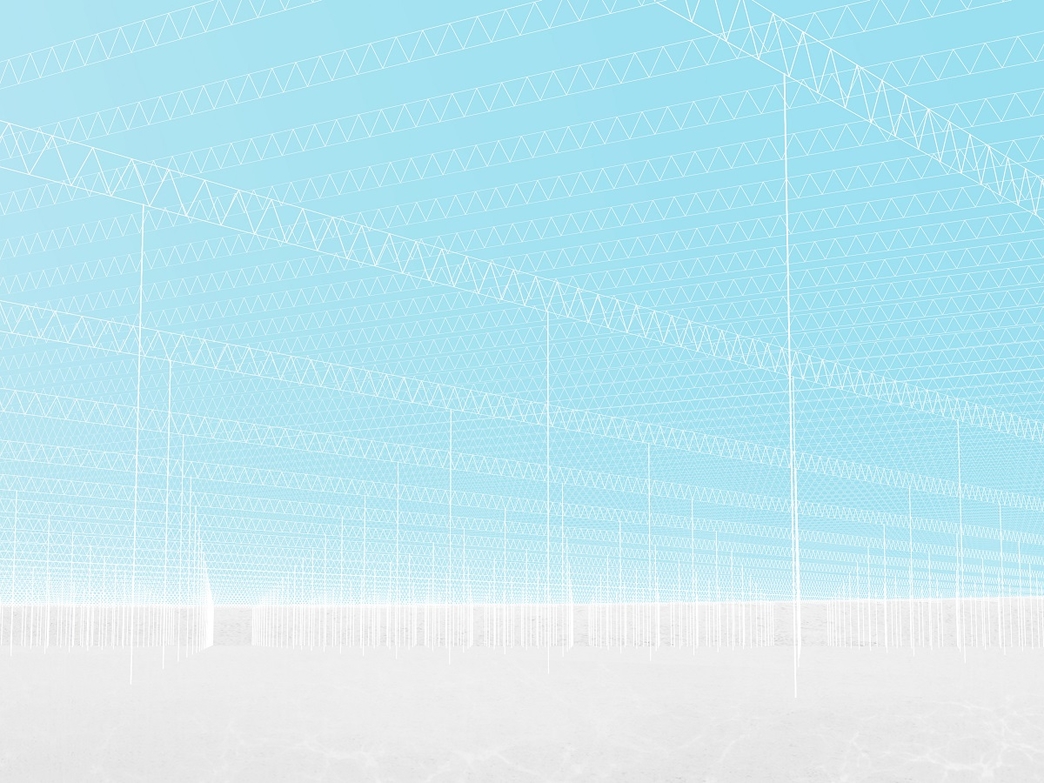 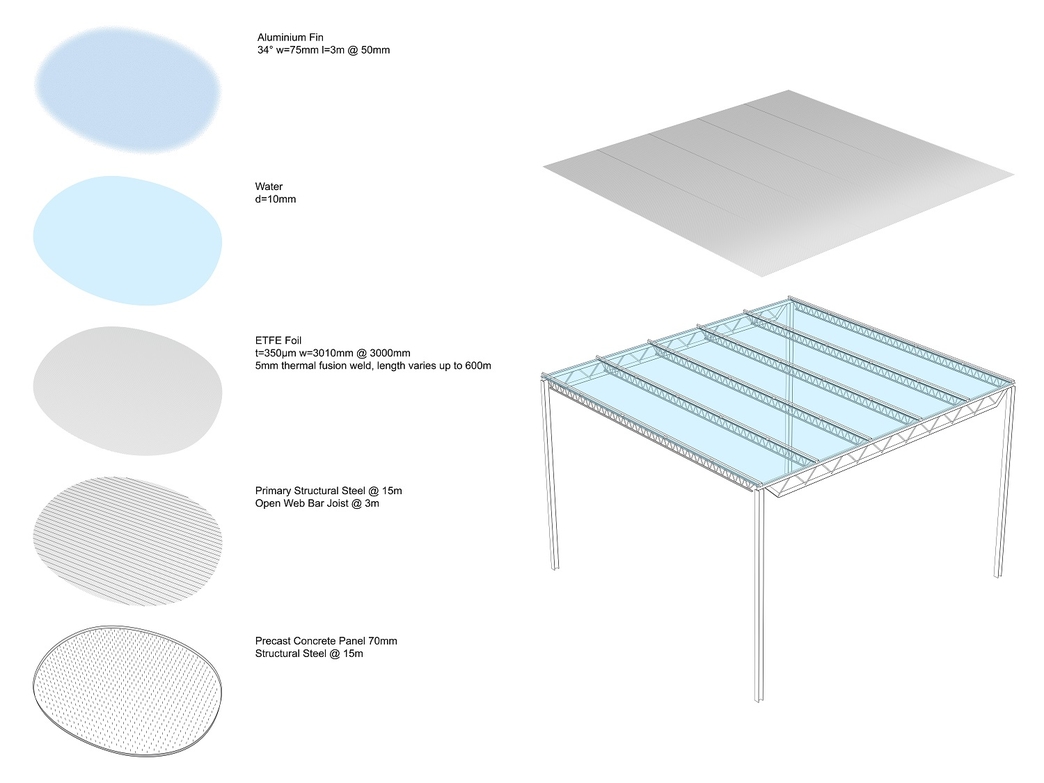 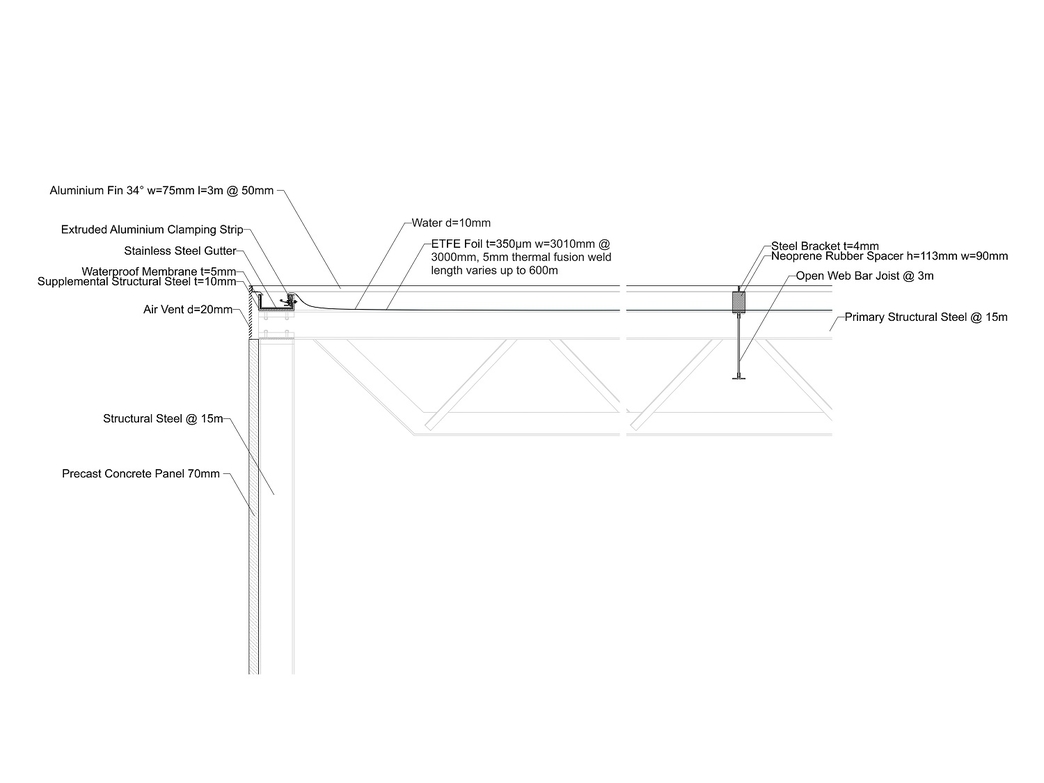 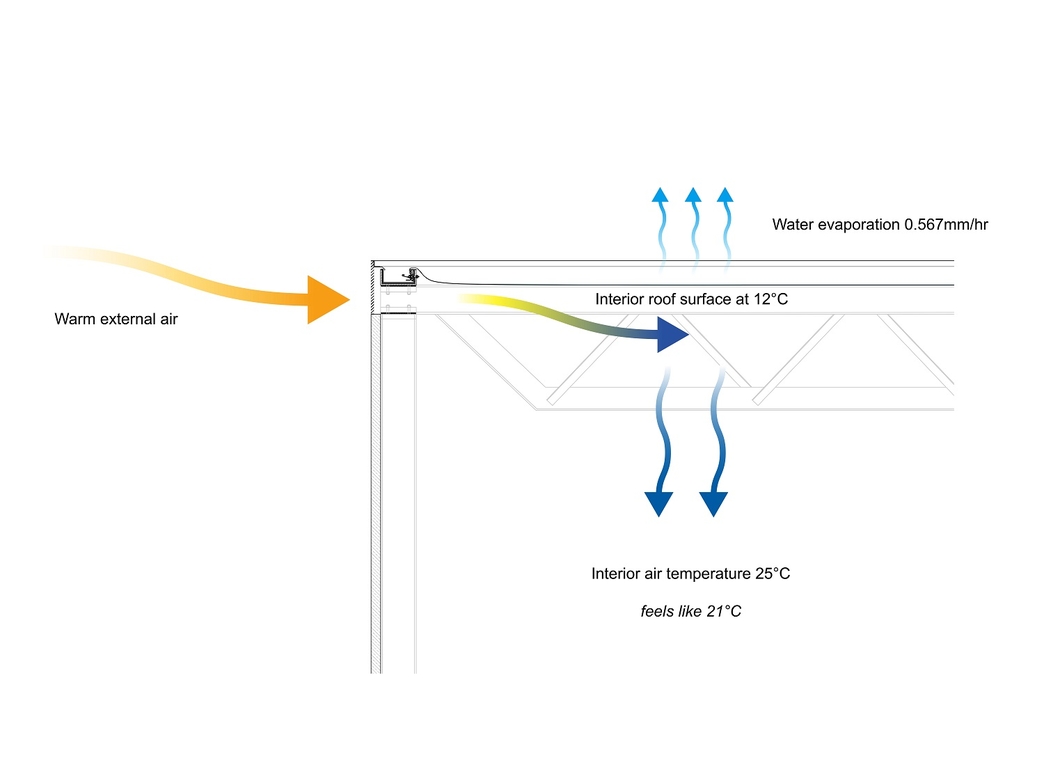 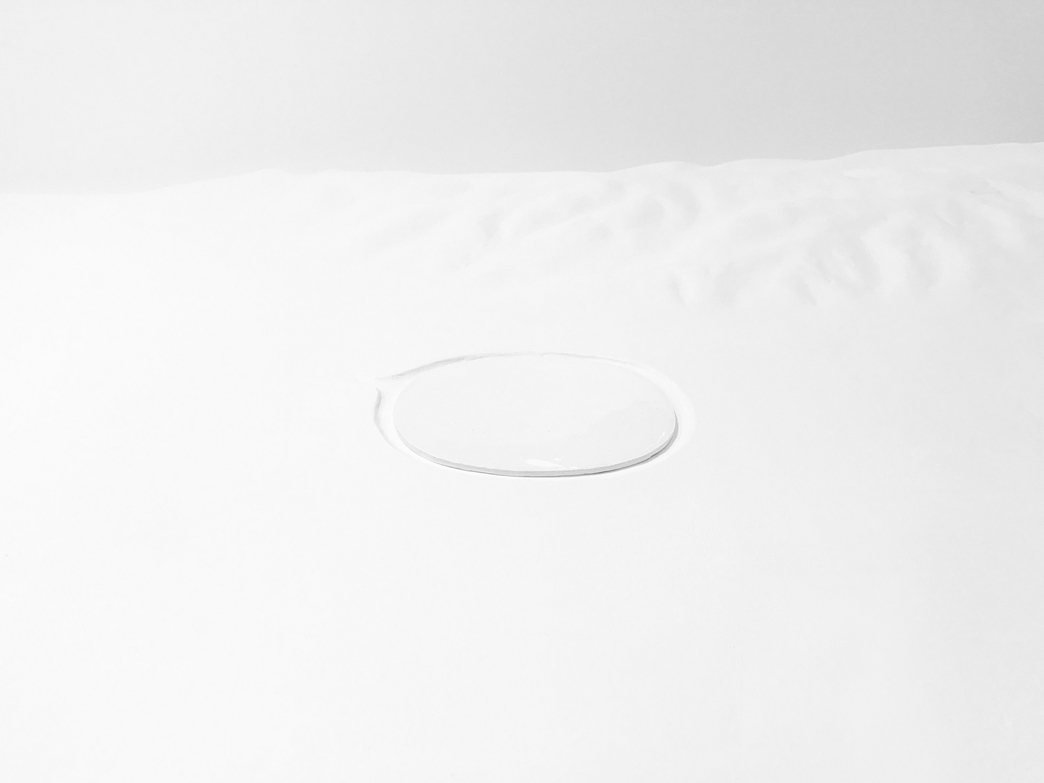 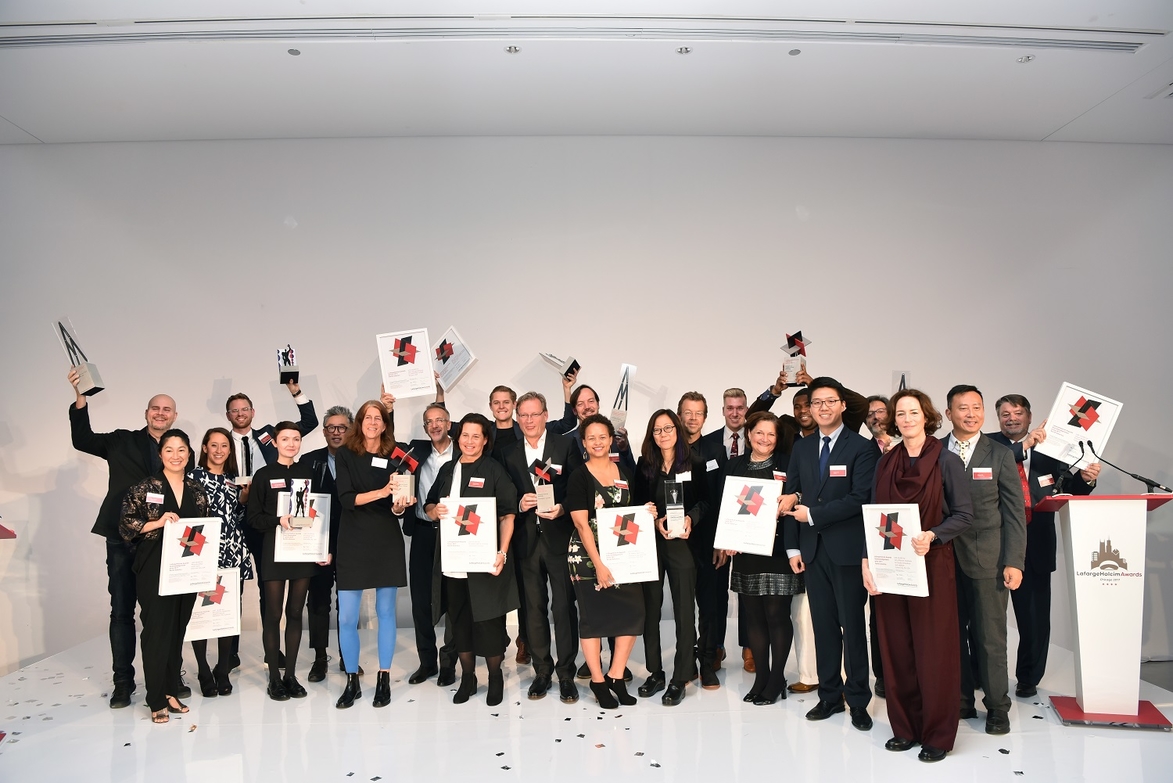 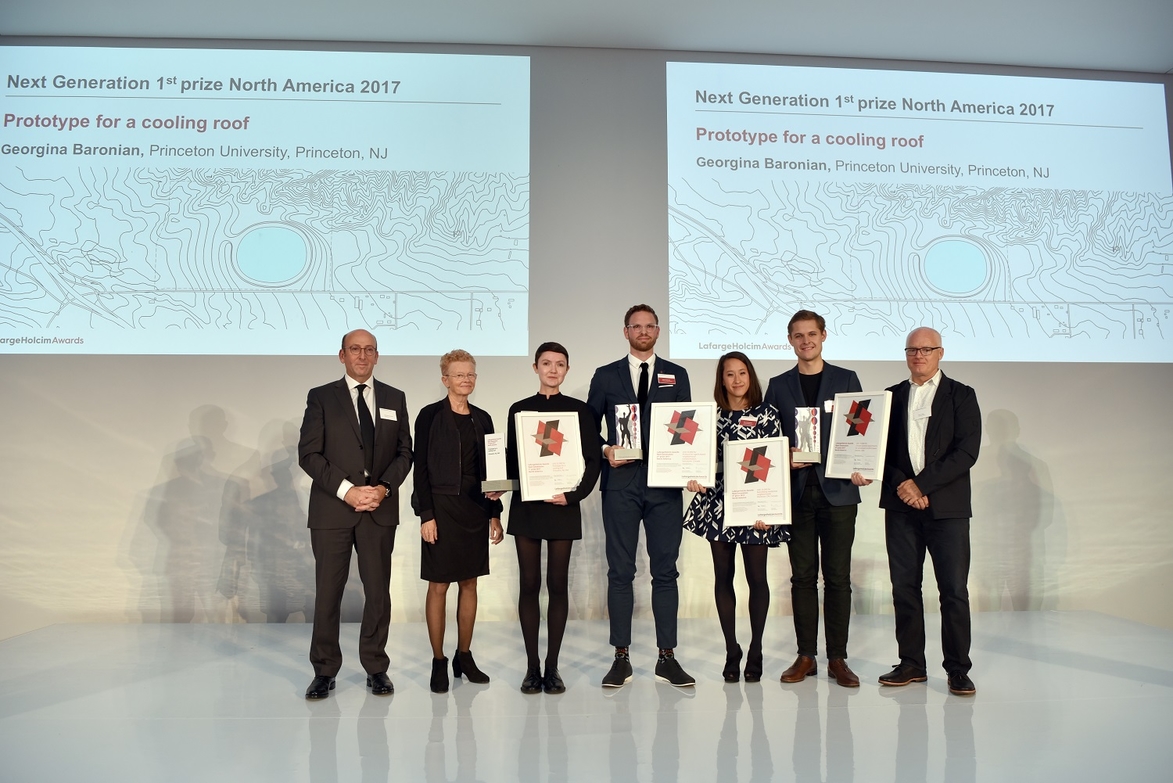 Updated April 3, 2018: M.Arch student Georgina Baronian has been awarded a further prize from the LafargeHolcim Foundation for her project Cooling Roof, a prototype for an evaporative roof for radiant cooling. Awarded the Global LafargeHolcim Awards Ideas prize 2018, Baronian’s research investigates large-scale structures using water on the roof as a thermal insulator and solar reflector.

Georgina Baronian, a third-year M.Arch student, was awarded the Next Generation 1st Prize at the LafargeHolcim Awards for Sustainable Construction presented in Chicago on October 12, 2017. Baronian's project, Prototype for an Evaporative Cooling Roof, is an investigation on cooling large-scale structures using an evaporating layer of water on the roof to provide radiant cooling and act as a solar reflector.

The LafargeHolcim Foundation for Sustainable Construction was created in 2003 to raise awareness of the important role that architecture, engineering, urban planning and the building industry have in achieving a more sustainable future. The Foundation is a non-profit organization supporting initiatives that combine sustainable construction with architectural excellence and enhanced quality of life. The LafargeHolcim Awards are regarded as the world’s most significant competition for sustainable design.

The criteria of the competition are as challenging as the goal of sustainability itself. The competition is for projects at an advanced stage of design, not finished works. It seeks designs that go beyond current standards, showcase sustainable responses to technological, environmental, socioeconomic, and cultural issues affecting contemporary construction, and deliver new, surprising, and truly visionary solutions to the way we build.

Project Description
An Integrated Approach to Energy, Climate & Aesthetics
The project considers the relationship between energy infrastructures and the spaces they serve, developing an integrated solution that not only engenders efficiencies but proposes a new methodology for the construction of atmosphere. The modernisation and mechanisation of architecture over the course of the 20th century has resulted in complex buildings systems, progressively removed from the spatial experience and obtuse to the user. This separation of occupant and system accounts in part for the misuse of energy resources within the built environment today. Through the establishment of a climatic device that modifies both interior comfort and spatial experience, the proposal seeks to conceptualise a new way of producing sustainable building systems.

Reconsidering the Production of Interior Comfort
At the heart of the project is the desire to harness the latent potential of natural systems, in place of the ever-increasing use of energy demanding mechanical systems. Through understanding the evaporative properties of water in the context of the psychometric chart and creatively interpreted in the design of a passive building system, the project strives to provoke new directions and methodologies for the construction of climate. The project through its use of radiant cooling (which does not alter air temperature but modifies its perception) also questions our assumptions of how comfort is created and indeed what comfort is.

Energy Infrastructures as Landscape
Architecture's ever-increasing reliance on secondary infrastructures of scale renders explicit a growing disjunction of needs, resources and design. This leads to a necessary re-evaluation of our programmatic, climatic and energetic relationships. Speculating on the complete elimination of the requirement for a secondary infrastructural architecture, the case study shows that when considered at scale the prototype would act an independent infrastructure - the energy needs of the total floor area would be met within the architecture itself, using a volume of water comparable in magnitude as that of a cooling tower constructed to serve that same area. Furthermore, the case study considers a climatic envelope deployed as a beautiful, shimmering moon- like landscape.

Summary and Appraisal of the Project by the Jury
Taking on the challenges of logistics centers at the periphery of cities as a point of the departure, the project unfolds as a research undertaking investigating the question of how to cool large structures with minimal means. With the objective in mind to reduce the building’s energy load, (particularly the deployment of non-renewable resources), a thin layer of water is introduced as an additional roof layer – acting as a solar reflector, while providing thermal insulation. Whereas technical considerations are at the core of the project, the study culminates in a design of a big box structure that is as reduced in its formal manifestation as it is beautiful in its aesthetic simplicity.

The project’s visionary stance caught the jury’s attention. Acknowledging the research’s underlying critique pertaining to the inefficiency of complex and complicated mechanical systems in the contemporary building sector, the jury applauded the project’s thesis as well as choice of case study. Particularly valued was the set of ideas put forth concerning the detrimental impact of climate control technology on human-induced climate change. Moreover, the jury appreciated the relation established between the project’s scientific method of approach and the design’s formal appearance – the poetry of construction details and the presence of the architectural object at the territorial scale.