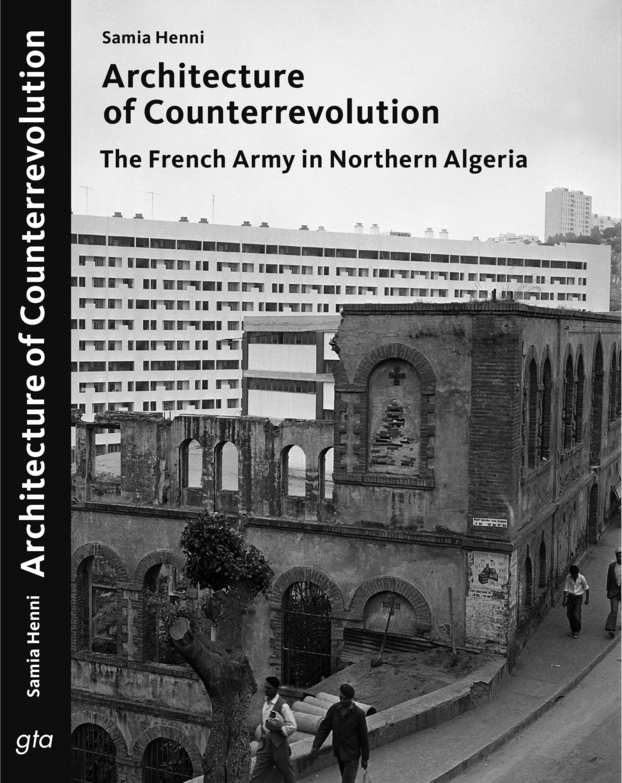 Architecture of Counterrevolution: The French Army in Northern Algeria, a new book by Samia Henni, examines the intersection of French colonial policies and military counterinsurgency operations in architecture in Algeria during the Algerian Revolution (1954–1962). In the course of this bloody and protracted armed conflict, the French civil and military authorities profoundly reorganized the country’s vast urban and rural territory, drastically transformed its built environments, rapidly implanted new infrastructures, and strategically constructed new settlements in order to keep Algeria under French rule. The colonial regime planned and undertook not only tactical demolition programs but also developed new structures in order to facilitate the strict control of the Algerian population and the protection of the European communities of Algeria.

Samia Henni’s study focuses on the politics of three interrelated spatial counterrevolutionary measures: the massive forced resettlement of Algerian farmers; the mass-housing programs designed for the Algerian population as part of General Charles de Gaulle’s Plan de Constantine; and the fortified administrative new town planned for the protection of the French authorities during the last months of the Algerian Revolution. The aim is to depict the modus operandi of these settlements, their roots, developments, scopes, and impacts, as well as the actors, protocols, and design mechanisms behind them.