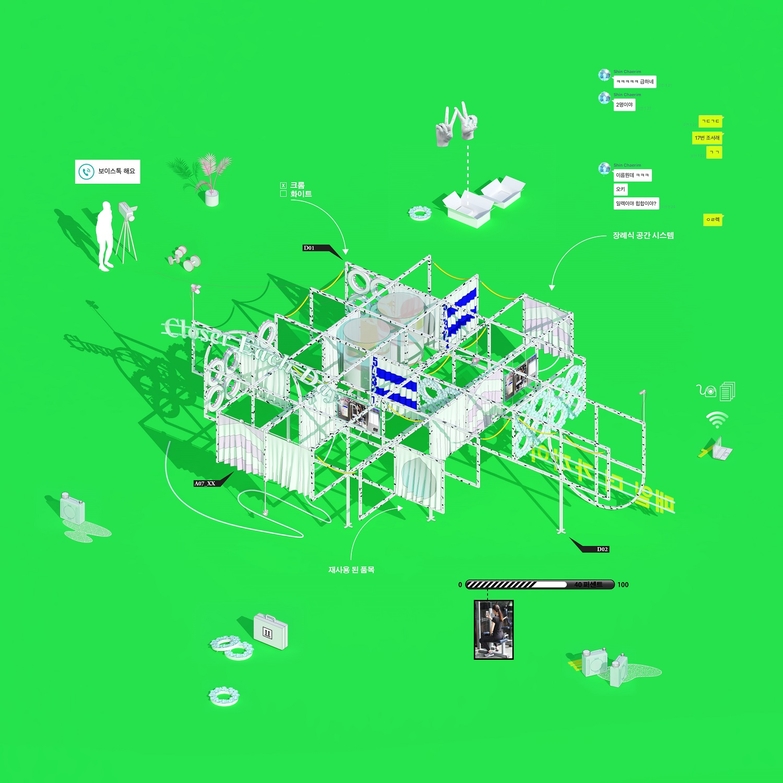 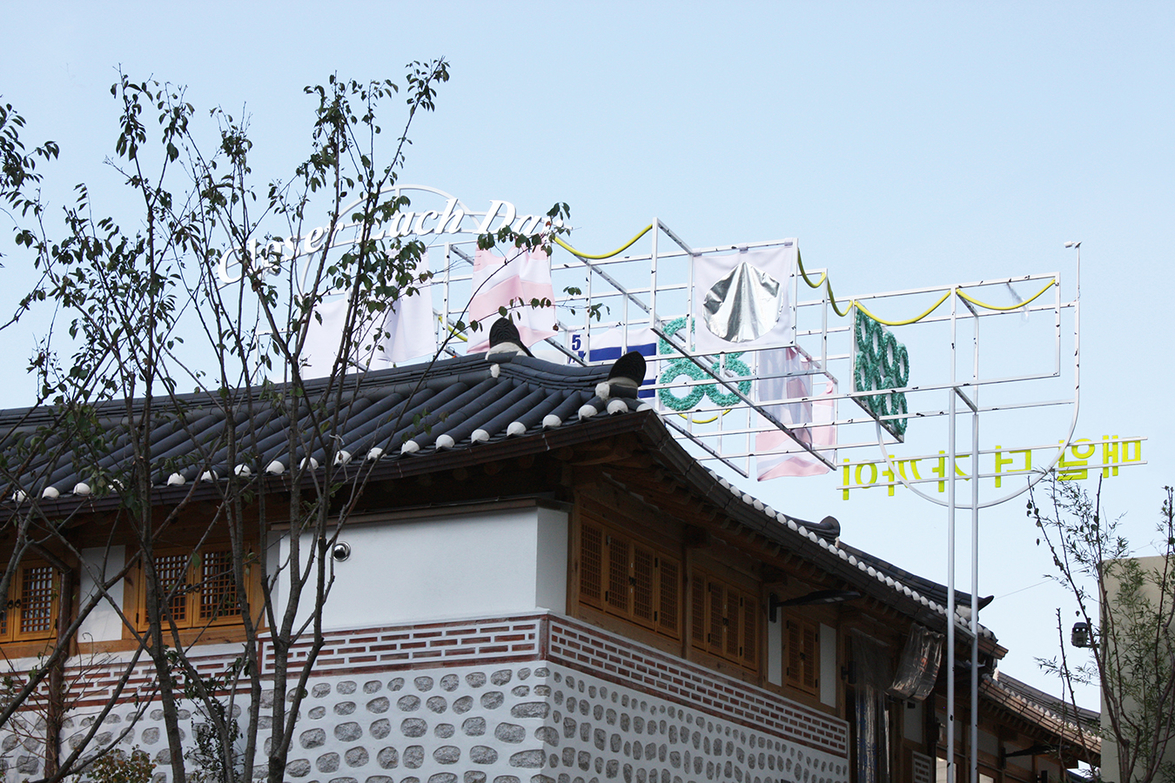 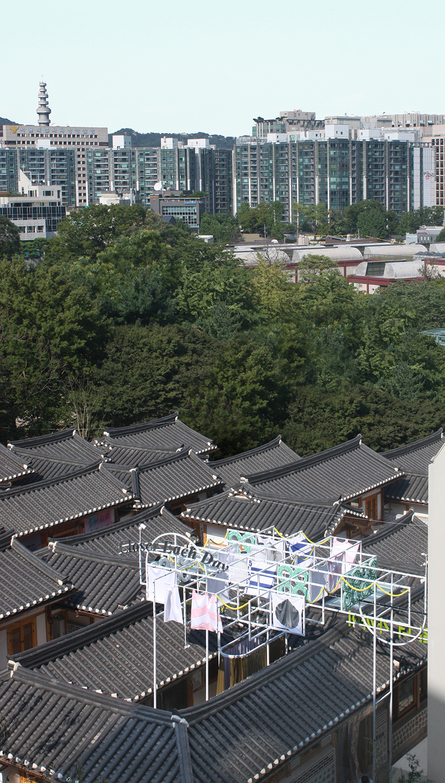 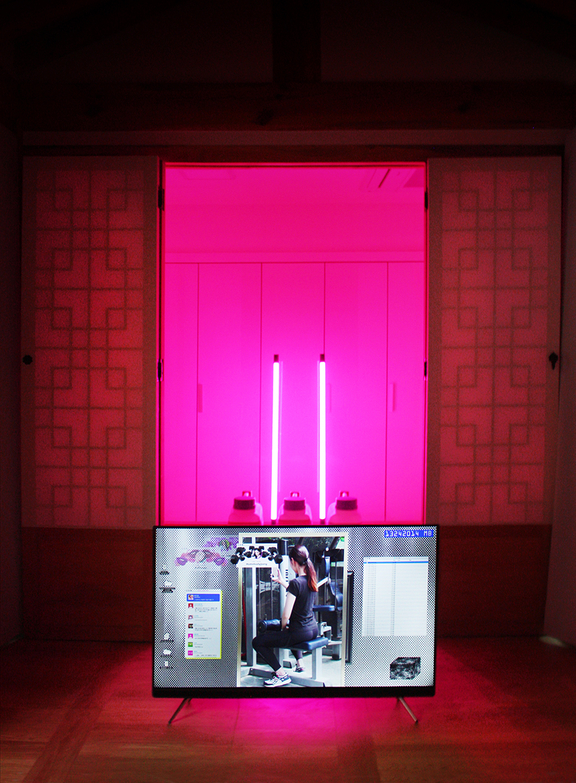 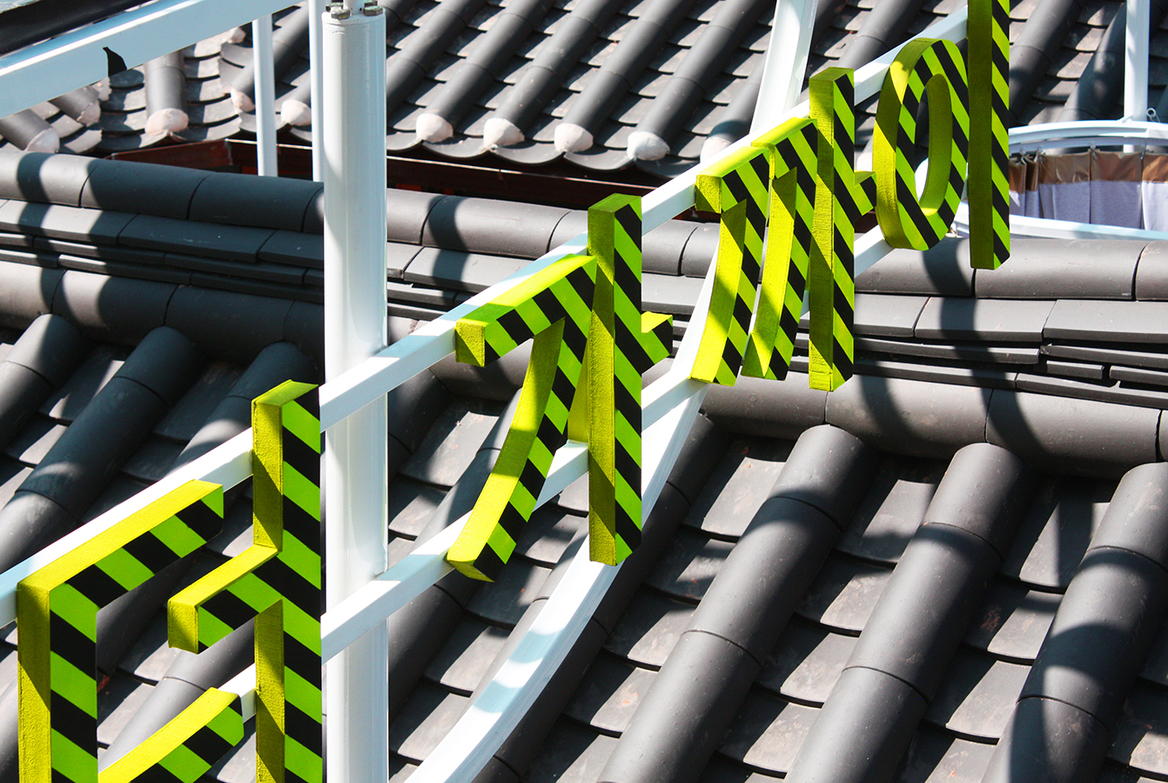 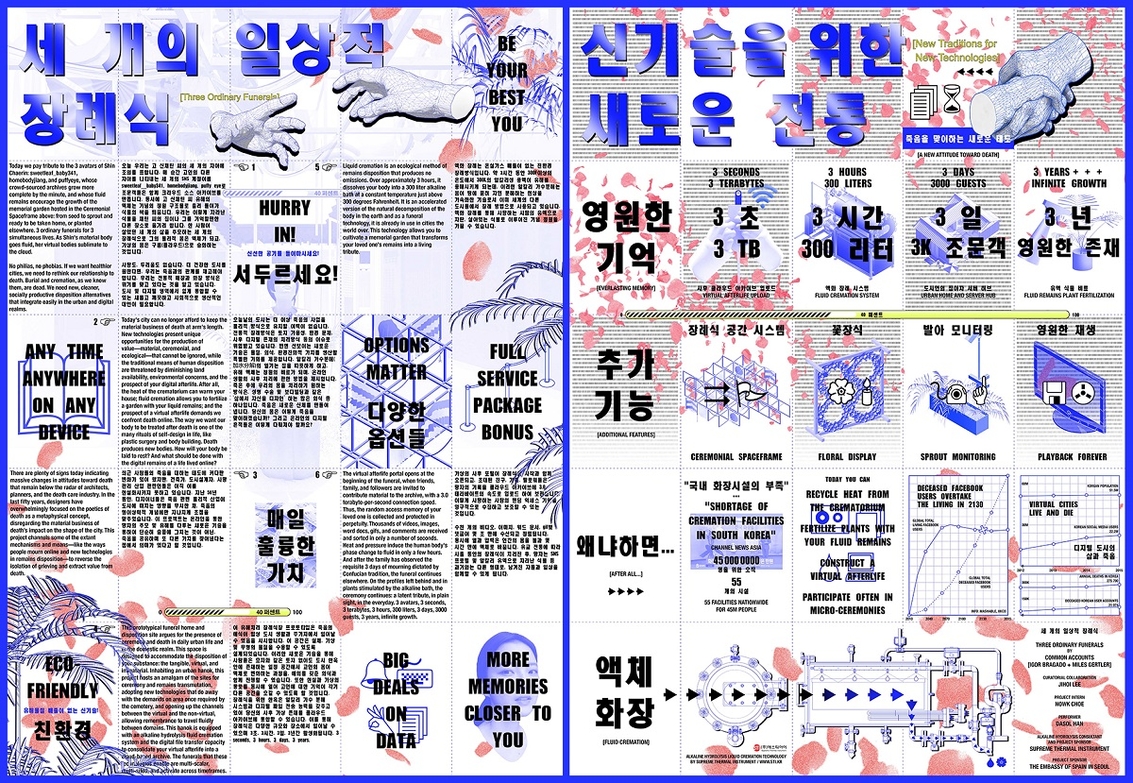 Three Ordinary Funerals, a project by Common Accounts — a design-research practice led by Princeton University School of Architecture alumni Igor Bragado and Miles Gertler — has been acquired for the permanent collection of the National Museum of Modern and Contemporary Art of Korea (MMCA). The multimedia installation—a prototypical funeral home for the virtual afterlife—explores alternative urban channels for contemporary funerary rituals, merging new forms of human disposition with the crowd-sourced management of digital remains. Three Ordinary Funerals originates from research begun at Princeton University School of Architecture in 2015.

"The space for the dead in the city is no longer limited to the cemetery. Memorial has exploded beyond its traditionally defined boundaries and taken on new forms in social media that are able to deal with ceremony, memory, and value in new ways. It is possible to think of a city that operates more fluidly with the bodies of the dead, and brings funeral rituals back into daily life," argues Common Accounts.

"Through this acquisition the Museum recognizes that the architectural collection can look beyond historical objects, such as models or drawings of buildings, to prototypes and scenarios that demonstrate a projective quality looking into the future, directly engaging architects' critical interrogations into the broader human condition," said Jihoi Lee, Architecture Curator at the MMCA.

The first iteration of this installation was commissioned by the Seoul International Biennale for Architecture and Urbanism, directed by Princeton University School of Architecture Professor Alejandro Zaera-Polo and Hyungmin Pai, where it functioned as a funeral home poised to alleviate Seoul's dire lack of human remains disposal infrastructures. Three Ordinary Funerals was made possible with the support of Supreme Thermal Instrument, the Spanish Embassy in Seoul, and a grant from the Canada Council for the Arts. Common Accounts benefits from the continued support of the Design Fabrication Zone at Ryerson University in Toronto.