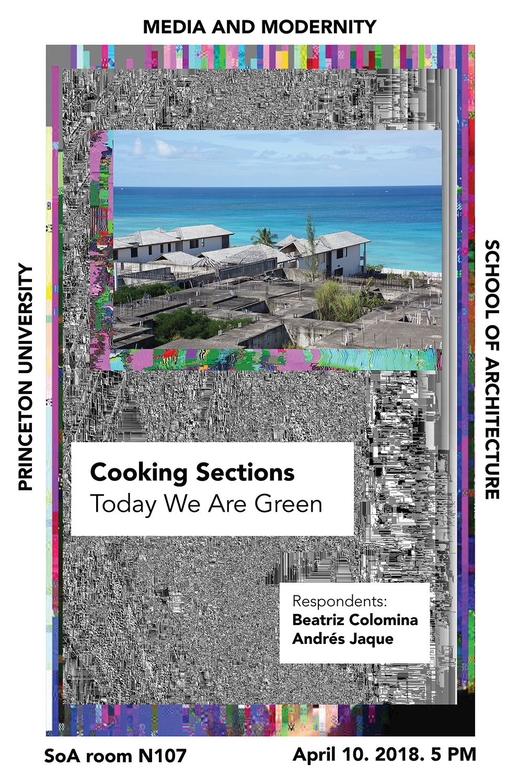 At The Empire Remains Shop a rum and bioethanol fountain alternately gives away one or the other according to the daily oil price on the NASDAQ. The macroscale logic of cycles of offer and demand is what eventually constructs and destructs spaces of production of sugar derivatives. The complex technological invention that allowed to extract brown crystals of sucrose from the juicy sugar cane grass, not only established one of the most violent forms of torture and enslavement in the history of humanity, but also was perpetuated as a way to supply sugar to the voracious European and North American markets. Part of a capital flow that led processes of urban transformation, it was indeed the Caribbean sugar cane fields what eventually modernised many European and American cities. This talk will explore a series of installations and interventions that departing from the uncertain future of sugarcane expand into the construction of different postcolonial landscapes.

Cooking Sections (Daniel Fernández Pascual and Alon Schwabe) is a duo of spatial practitioners, based in London, who explore systems that organize the world through food. Using installation, performance, mapping, and video, their research-based practice tests the overlapping boundaries between the visual arts, architecture, and geopolitics. Their work has been exhibited internationally at the US Pavilion for the 2014 Venice Architecture Biennale, the Neue Nationalgalerie and Haus der Kulturen der Welt in Berlin, Storefront for Art and Architecture, CA2M, the New Institute in Rotterdam, University of Technology Sydney, Performa 17, the Oslo Architecture Triennale, the Delfina Foundation, Atlas Arts, and the 13th Sharjah Biennale. In 2016 they opened The Empire Remains Shop in London. They currently teach an architecture studio at the Royal College of Art, London.

Andrés Jaque—Phd Architect (ETSAM), Alfred Toepfer Stiftung’s Tessenow Stipendiat (Hamburg) and Graham Foundation Grantee—is the founder of the Office for Political Innovation, an international architectural practice working in the intersection of design, research and critical practices. He is the author of awarded projects including 'Superpowers of Ten', ‘Plasencia Clergy Hall’, ‘House in Never Never Land’, ‘IKEA Disobedients’, ‘ESCARAVOX’ or ‘COSMO, MoMA PS1.’ He has been awarded the Frederick Kiesler Prize, the SILVER LION to the Best Research Project at the 14th Venice Biennale and the Dionisio Hernández Gil Award. His research work has been published in Perspecta, Log, Thresholds, Volume, among many others; and his publications include Transmaterial Politics (2017), Calculable (2016) PHANTOM. Mies as Rendered Society, Different Kinds of Water Pouring into a Swimming Pool, Dulces Arenas Cotidianas (2013), Everyday Politics (2011), Melnikov. 1000 Autos Garage in Paris 1929 (2004).