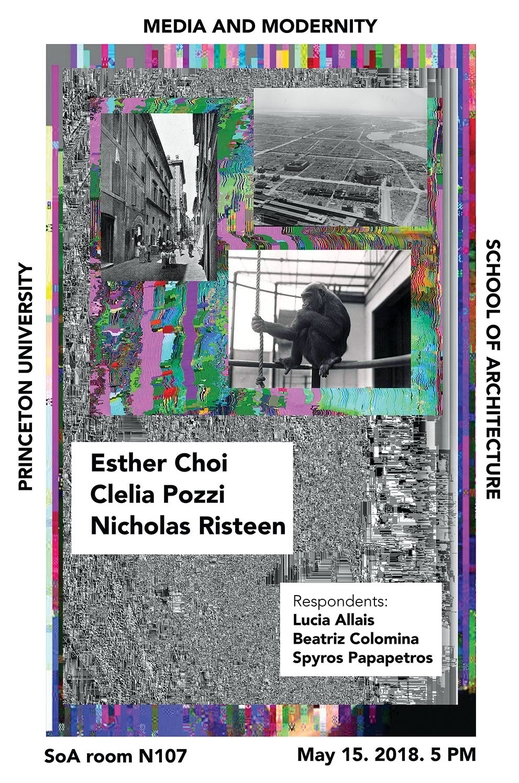 The Nature of the Beast: Tecton and the Gorilla House at the London Zoo. Esther Choi
Two gorillas named Mok and Moina Mozissa were some of the earliest residents of modern architecture in England. Although they were considered a novel attraction in their own right, most of the attention that accompanied their arrival from the Congo was directed towards the modern house that was built for them. Commissioned by the Zoological Society of London (ZSL), the Gorilla House by Tecton (1932-33) was considered a marvel of innovative design and technological advancement that far surpassed any building that had been built in England. For the commissioning Secretary of the ZSL, Peter Chalmers Mitchell, the London Zoo’s animal displays were more than a conservation effort to keep the animals alive; as tokens of the British Empire, the conditions of the animals’ displays attested to Britain’s colonial supremacy and the rigors of British science. But for Julian Huxley, an evolutionary biologist and Mitchell’s successor, the placement of modern architecture as a space for animal domestication was sociobiological in its constitution: It was a eugenic experiment based on biological principles of environmental adaptation, which used the gorillas as surrogates for the British citizenry. While it may appear that the Zoo’s grounds provided an unlikely canvas for a new era of modern architectural expression, this paper suggests that geopolitical pressures prompted the display of Mok and Moina’s exotic wildness in the most “civilized”, domesticated and troubling circumstances of captivity.

Pruning Minds, Widening Streets: Gustavo Giovannoni and the Cultural Technicality of Preservation, 1909-1929. Clelia Pozzi
The history of the urban modernization of Rome at the beginning of the 20th century is typically told as one of surgical excisions that “disemboweled” the city center to make way for air, avenues, and cars. Under the pressure of epidemics, political propaganda and the coming of motorization, Rome’s historic center fell under the blows of the pickaxe—a veritable hatchet disguised as scalpel by the rhetoric of many provocateurs, from the Futurist artist Filippo Tommaso Marinetti to Benito Mussolini. Unknown to many, however, in 1909 the Roman engineer, preservation expert and architectural pedagogue Gustavo Giovannoni (1873-1947) conceptualized urban demolitions through the lens of a different scientific vocabulary that put the pickaxe to a far less violent and far more edifying use: horticulture. This presentation addresses the educational dimensions of the protocols of preservation-by-demolition that Giovannoni instituted between 1909 and 1929, looking specifically at his theory of diradamento ambientale(contextual pruning) in relation to the horticultural techniques from which it drew its ideological and formal inspiration. Focusing on Giovannoni’s “Renaissance” and “La Burbera” plans, the paper explores the culture of technicality that arose out of a preservation apparatus geared toward the mediation of historical change and entangled with the disciplining of 20thcentury Italian architecture.

Death from Above, 1945. Nicholas Risteen
At the start of the Allied occupation of Japan in September of 1945, numerous cities across the archipelago lay in various states of ruin. Two separate bodies were tasked with evaluating the aftermath: the United States Strategic Bombing Survey (USSBS), and the Japanese First Demobilization Ministry (Daiichi fukuinshō, or FDM). The first, a civilian led organization staffed by military personnel, was charged with evaluating the efficacy of the allied bombing campaign, while the second incorporated Japan’s demobilized Imperial Army into a bureaucracy working on the pressing international concern of repatriation. Both bodies focused on mapping urban Japan as the basis for their evaluation, but each government’s desire for veracity encountered a paucity of evidence, as fire bombing’s remarkable accomplishments meant that there was often little to nothing left to evaluate. What did remain was often rendered anomalous to the yake-no-hara (burnt-out field): pieces and fragments of built fabric, scarred streetscapes abruptly arrested by a firebreak, and the few resilient structures that managed somehow to survive. These visible anomalies pushed representation into abstraction, as the USSBS and FDM worked to quantify and visualize disaster’s aftermath to render it comprehensible to a disparate—and occasionally desperate—audience. In consequence, an emergent story began to coalesce around two poles: the extensive tabula rasa nature of urban loss on one hand and the curious resilience of what few pieces remained. This presentation explores and contextualizes this material in an effort to more fully understand the Japanese postwar design culture and its lasting effect on Japan’s approach to urban resilience.

Esther Choi is a Ph.D. Candidate in the Department of Architecture and the Interdisciplinary Doctoral Program in the Humanities. Her dissertation entitled “The Organization of Life: Architecture and the Life Sciences in Great Britain, 1929-1952”, explores exchanges that took place between modern architects, designers and biologists to redesign human nature, through various technologies of "life design," in between the two World Wars. Choi is the co-editor of the collected volumes Architecture Is All Over(2017) and Architecture at the Edge of Everything Else(2010).

Clelia Pozzi is a PhD candidate in the School of Architecture and is pursuing a joint degree in the Interdisciplinary Doctoral Program in the Humanities (IHUM). She holds an MDesS from Harvard GSD and an M.Arch from Politecnico di Milano. She has taught at Pratt and Politecnico di Milano. Her dissertation project, “Recast as New: Italian Restauroand its Scientific Cultures, 1893-1956,” examines the growth of restauroas a scientific practice and its effects on the modernization of architecture in Italy.

Nicholas Risteen is an architectural historian researching nineteenth- and twentieth-century architecture and urban culture in Japan. His dissertation project, “After the Disaster: Architecture and Emergency in Extraordinary Time,” traces a counter-narrative of anomaly and anxiety through twentieth-century Japanese architecture by exploring the post-disaster design environments that arose between 1923 and 1964. Prior to Princeton, Risteen worked as an architect and urban designer in New York, Paris, and Philadelphia after receiving his M.Arch from Rice and his BA from Brown.

Lucia Allais is Assistant Professor of Architecture at Princeton University. Her forthcoming book Designs of Destruction is a history of monument survival and international bureaucracy in the 20th Century. She is a member of the Aggregate Architectural Collaborative and an editor of Grey Room.

Spyros Papapetros is Associate Professor of History and Theory at the School of Architecture and a member of the Program in Media and Modernity at Princeton University. He is the author of On the Animation of the Inorganic: Art, Architecture, and the Extension of Life (The University of Chicago Press, 2012) and co-editor of Retracing the Expanded Field. Encounters between Art and Architecture (The MIT Press, 2014).