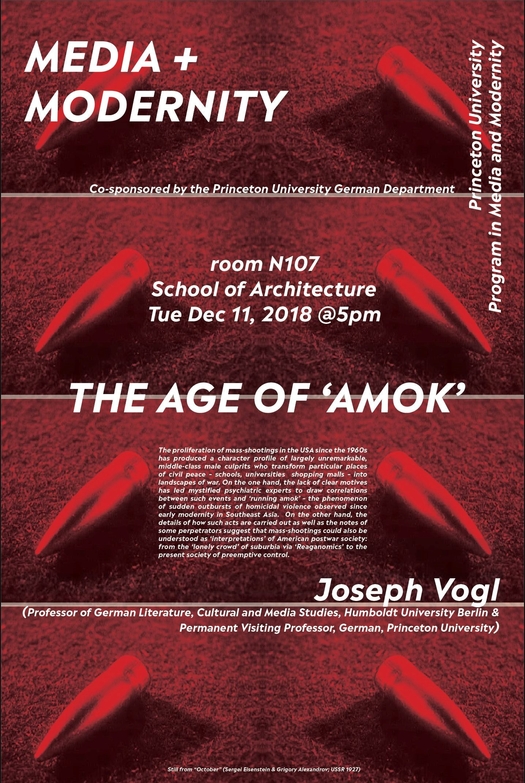 The proliferation of mass-shootings in the USA since the 1960s has produced a character profile of largely unremarkable, middle-class male culprits who transform particular places of civil peace – schools, universities  shopping malls – into landscapes of war. On the one hand, the lack of clear motives has led mystified psychiatric experts to draw correlations between such events and ‘running amok' – the phenomenon of sudden outbursts of homicidal violence observed since early modernity in Southeast Asia.  On the other hand, the details of how such acts are carried out as well as the notes of some perpetrators suggest that mass-shootings could also be understood as ‘interpretations’ of American postwar society: from the ‘lonely crowd' of suburbia via 'Reaganomics' to the present society of preemptive control.