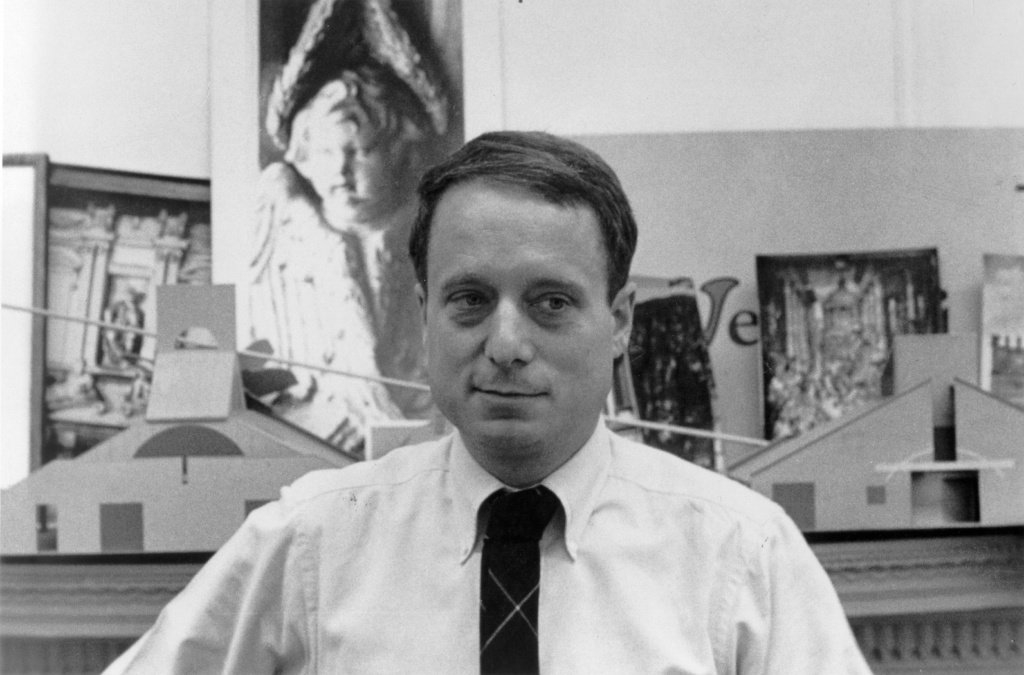 Pritzker Prize winning architect Robert Venturi, who graduated from Princeton University with a B.A. in 1947 and M.F.A in 1950, died in his home in Philadelphia on September 18, 2018. He was 93. His wife and professional partner, Denise Scott Brown, and their son, Jim Venturi, were by his side.

Princeton University School of Architecture Dean Mónica Ponce de León stated, “We are greatly saddened by the news of Robert Venturi’s passing. He was an extraordinary theorist, teacher, and practitioner whose impact on the field of architecture cannot be overstated. An imaginative innovator and creative thinker, he influenced the careers of countless architects and made a true mark on the built environment. Along with his partner, Denise Scott Brown, they brought architecture into a new era, one with historical context, humor, and humanity.”

As a Princeton student in the 1940’s, a time when architecture schools were turning to modernism, Venturi immersed himself in architectural history thanks to Princeton’s program, which was tied closely to the art and archeology department. While at Princeton, Venturi was also enamored by the University’s rich collection of historical buildings across campus.

After receiving his undergraduate and graduate degrees from Princeton, Venturi worked for architects Eero Saarinen and Louis Kahn. He then won the Rome Prize and spent two years in Europe (1954-1956) where he closely studied buildings across Italy and Spain by Michelangelo, Bernini, and Gaudi. He began teaching architectural theory when he returned to the United States, and throughout his career would come to lecture at the country’s most preeminent institutions, including Princeton University School of Architecture. In 1983 he received an honorary Doctor of Fine Arts degree from Princeton.

Robert Venturi and Denise Scott Brown founded the practice Venturi Scott Brown Architects (VBSA), designing many significant buildings over the course of decades, including several buildings on Princeton University’s campus, including Wu Hall (1983), Lewis Thomas Lab (1986), Fisher Hall & Bendheim Hall (1990), and Schultz Lab (1993). These buildings at Princeton and others at Harvard and Yale helped bridge the gap between historic classical and gothic architecture commonplace around campuses, and the 20th century modernist and brutalist structures.