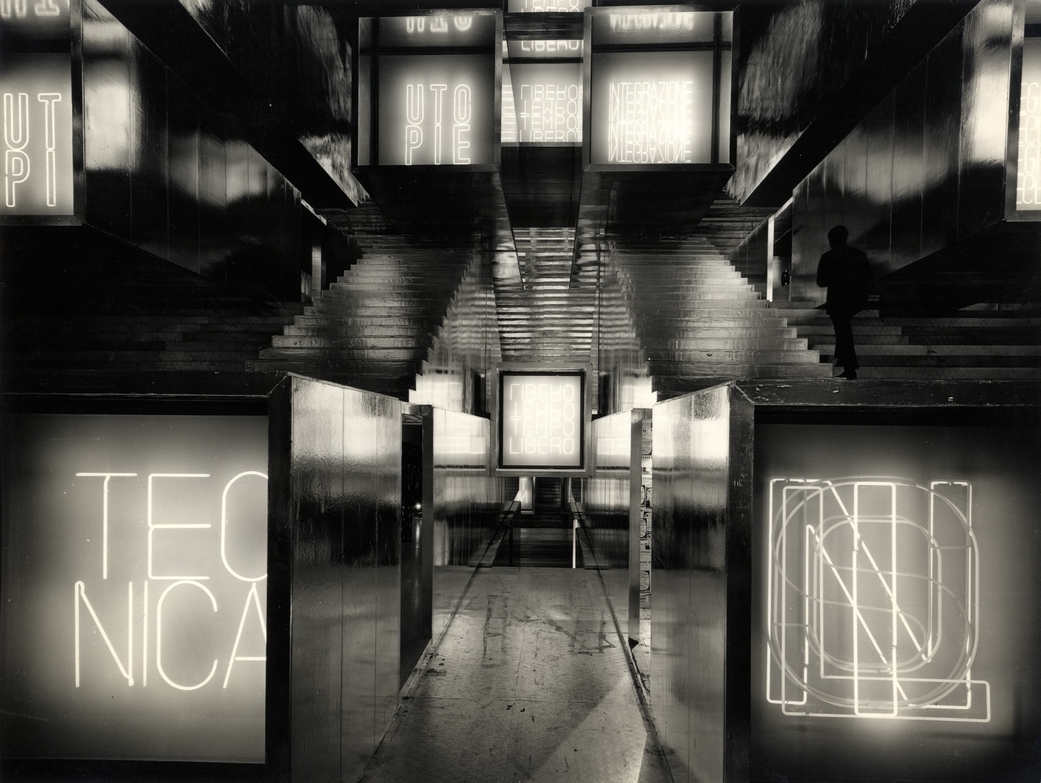 This dissertation traces the reform of architecture as a discipline in postwar Italy by examining one particular public institution in which architecture, its theorists, and its designers, directly confronted both public and political power: the Milan Triennale (officially known as the International Exhibition of Decorative Arts and Modern Architecture). In the 1960s and early 1970s, the dissertation argues, the Milan Triennale functioned as a “disciplinary mechanism,” that is, as a laboratory and testing ground for reshaping the relationship of architecture in both its theoretical and practical dimensions to politics. This relationship to power is examined through the lens of the

tension between ideas presented at the exhibition and the nature of the Milanese institution as both executor of government resolutions and agent of the public’s will. Against the backdrop of Italy’s first abrupt period of economic unrest after World War Two, an interruption in the politics of centrismo (the center-right coalition that dominated Italy from 1947 to 1962), uprisings by students and workers, and the onset of a new era of reformism, the curators of three seminal exhibitions tested architecture as a means of political resistance against power and thereby refused to comply with the long-standing alliance between the Milan Triennale and the government. The exhibitions Tempo libero (Leisure) (1964) curated by Umberto Eco and Vittorio Gregotti, Grande numero (Greater Number) (1968) curated by Giancarlo De Carlo, and Architettura-città (Architecture-City) (1973) curated by Aldo Rossi led to a new understanding of architecture as a discipline that existed both “within and against” political power, to borrow an expression coined by neo-Marxist philosopher Mario Tronti. This dissertation follows the struggles of architects and critics as they operated “within” an institutional setting that was to endow their ideas with greater power, but also declared themselves as being “against” this very power structure.