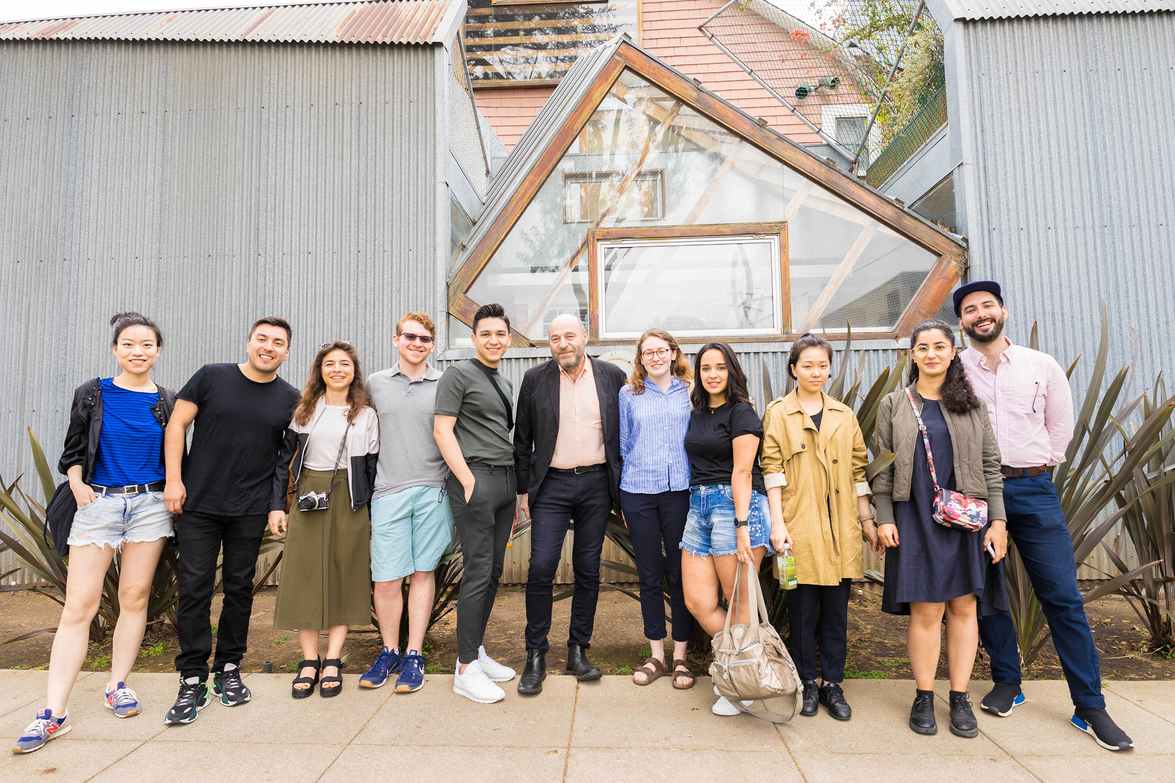 In the Spring of 2019, Princeton students had the opportunity to take a seminar with architect and architectural historian, Jean-Louis Cohen, called "Gehry and the City."

Since 1990, Frank Gehry has emerged as one of the world’s most productive and original architects. He has altogether redefined building types, programs, and tectonics. It is about time to consider critically the development of his design strategies from the last third of the 20th century to this day.

Gehry has often been characterized as the designer of bachelor machines opposed to the city. The seminar proposed to undertake a close historical analysis of Frank Gehry’s projects, on the base of the drawings he has systematically used to develop his ideas, inscribing them in the urban fabric which has determined them, from Los Angeles to the all of North America and Europe.

Gehry’s path-breaking concepts will be interpreted not only as a response to the urban condition of Los Angeles and other cities, but also in their engagement with issues in contemporary art, and technology.

The genesis of the works will be documented step by step, on the base of the drawings and the study models kept by the office, or in transition towards the Getty Research Institute, and of the abundant published interpretation of his projects and buildings, which deserve a critical reading.

During the seminar, students also traveled to Los Angeles with Cohen to meet Gehry at his office, and visit his iconic 1978 residence as well as many buildings to which they had privileged access, from Walt Disney Concert Hall to the Loyola Law School, Pierre Koenig’s Case Study House #22, the Broad, and other important pieces of architecture.