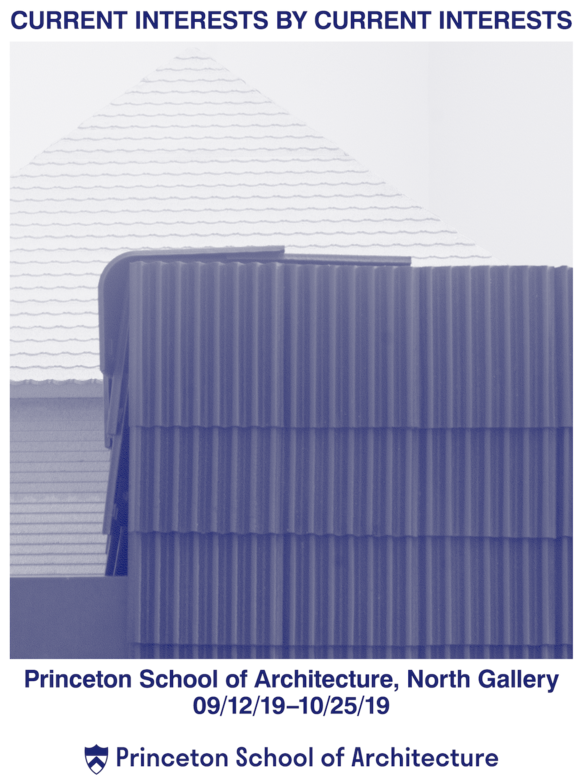 It’s hot here. Draw the shades. Turn off the lights. And so it is that we arrive at the next incarnation of Los Angeles’s architectural lineage. In this version, dreams of transparency and light frame construction are replaced with another reality and set of desires: privacy, redundancy, and really good “R-value.” Current Interests by Current Interests dips the gallery into a world of decision-making and atmospheric effects with a series of mock-ups of the Silver House Studio, an in-progress residential project located in LA. The exhibition explores the thickening and exaggeration of conventional building systems as a result of modeling, imaging, and subjective thinking.

In standard terms, architectural mock-ups test all material connections at full-scale as a point of reference for each of the trades involved in the building process. These mock-ups are not that. They are an additive, open-ended, optimistic, lay-up of material. A dry run, so to speak, in which screws, nails, and glue are replaced by stacking, fitting, hanging, draping, and propping components in place.  This is a preliminary performance of the building, an active methodology that attempts to carve out a non-representational space for architectural ideation.

Measuring sixteen feet wide by eight feet tall, two hefty mock-ups are stuffed in the gallery, forcing the sticky yet delightful question of how one is to display a building within a building. Through mere proximity, the gallery becomes complicit in a game of shifty spatial effects that play out between each material layer and the surrounding room. There is a particular concern for shiny finishes, mirrored glass, layers upon layers of heavy dark components, hot blue, and the joy of color matching. Also important are things like image noise, bad pictures, difficult lighting, quilt insulation, sound proofing, floppy materiality, fake materiality, and architecture as a spatial and cultural act.

The work is casual yet precise, excessive and sincere. We don’t like to hold back. We hope you enjoy.

Current Interests is a Los Angeles-based practice formed on the collaborative work of Mathew Au and Mira Henry. They produce work that situates critical thinking in real time.

Matthew Au is the co-principal of Current Interests. He holds a Bachelor in Studio Art and History from the University of California and a Masters of Architecture from Southern California Institute of Architecture. Prior to starting Current Interests, Matthew worked as a project designer and manager for Zago Architecture. His collaborative and independent projects have been exhibited at various institutions including the Los Angeles County Museum of Art and MassMoCA. In addition to running an architecture practice, Matthew has taught design studios at Kyoto Seika University and Southern California Institute of Architecture, where he is currently graduate Design and Visual Studies faculty.

Mira Henry is the co-principal of Current Interests. Henry holds a Bachelor in Art History from the University of Chicago and a Master of Architecture from UCLA. She is the recipient of the 2019 Architectural League Prize, Henry Adams AIA Award and Archiprix International Gold Medal. She has participated in numerous symposia, lectures, exhibitions and reviews at institutions nationwide, including Harvard University, Yale University, Princeton University, Syracuse University, and The University of Michigan. Mira is design faculty at Southern California Institute for Architecture, where she coordinates undergraduate design studios and the DID summer program for local youth. Prior to teaching and starting her own office, Henry worked as a project architect for Talbot McLanahan Architecture, Office dA and Monica Ponce de Leon Studio in New York.