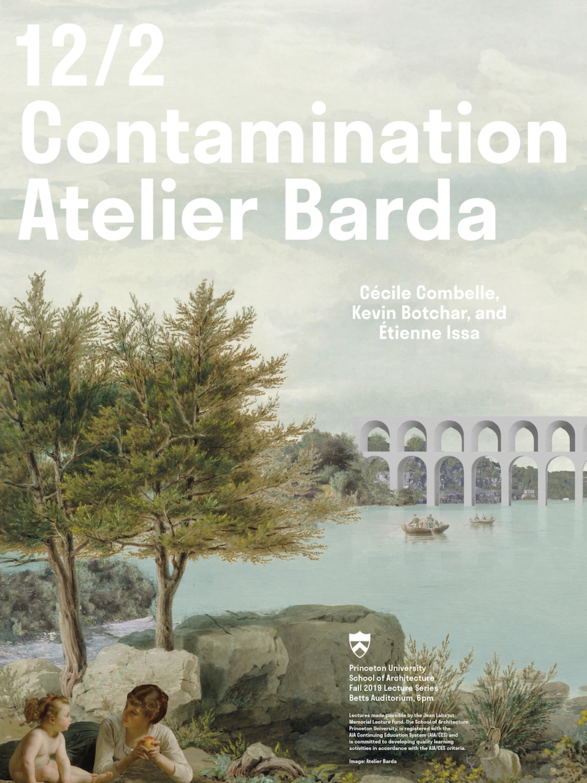 Atelier Barda is a Montreal-based international architecture and design studio that was founded in 2013 by Cécile Combelle and Antonio Di Bacco, both graduates of the École Nationale Supérieure d'Architecture de Toulouse, France. Their multidisciplinary practice is guided by a commitment to fulfilling and exceeding the design brief by pushing creative boundaries. The designers address spaces in an open, constructive and sensitive manner, giving attention to every detail.  For Cécile and Antonio, concepts do not only reflect the singularity of each project and its context, but also the intimate character of the designer. Starting from an intuitive but rigorous manner, they approach each project by paying particular attention to the references born of their personal and common history, as well as the knowledge acquired through experience: matter in constant transformation.

The team, composed of passionate members from various backgrounds, combines traditional and contemporary vocabularies, freely exploring uses and materials to create clean-lined, timeless spaces and furniture pieces. In 2017, Atelier Barda expanded into furniture design with its new division Foraine. Whether the team is designing a custom collection or adapting an existing line to a new space, they adopt an integrated approach, working closely with local artisans at every stage of the process.

In 2018, Atelier Barda won the Emerging Architecture Talent Award from the Toronto Design Exchange Museum and was nominated by Azure magazine as one of Canada's 30 avant-garde architectural firms. The team has won several Annual Best of Canada Awards with their architectural projects. That same year, the studio was selected by Montreal’s Bureau du Design as an international representative of the city - one of the thirty UNESCO Design Cities - during the Kortrijk International Design Biennale in Belgium. In 2019, Atelier Barda was nominated at the Awards of Excellence by the Order of Architects of Quebec. In addition, listed among the 5 best emerging practices by AN Interior, a sister publication of The Architect's Newspaper. The designers often present their work to the public through lectures and frequently participate in many collective exhibitions, workshops and jury panels.

Cécile Combelle is cofounder and associate designer of Atelier Barda where she manages the conception of projects at various scales from interior to architecture, through installations and urban design . Graduate both from Interior Design School and Master of Architecture, Cécile had the chance to collaborate in renowned firms both in France and Canada for three years. She participated, among other projects, in elaborating the interior design of the National Estonian Museum with DGT Architects. In 2010, she, with her team including Antonio Di Bacco, won an honorable mention during the Europan Competition for an urban development project in Spain. She also won the Jury Special Prize at the Festival des Architectures Vives of Montpellier in 2009. The installation project she designed for the Métis International Garden Festival, ’’Sacré Potager’’, was laureate in 2013 and part of the permanent exhibition for 4 consecutive years.

Kevin Botchar is an architect and project director at Atelier Barda where he manages the conception of projects at various scales from public installations through interior design and architecture. Since graduating from the University of Montreal (B. Sc. Arch.) and McGill University’s School of Architecture (M. Arch.), Kevin has dedicated most of his (short) professionnal career to assisting Atelier Barda’s founders in the studio’s development and international influence. He has participated, among other projects, in elaborating the design and construction of many of Atelier Barda’s published and renowned projects, such as the Maison Gauthier, SSENSE headquarters, Résidence Villeneuve, Chalet Forestier and Appartement Saint-Laurent. Kevin has also been an invited critic on numerous occasions at McGill University’s School of Architecture.

Étienne Issa is an architectural designer, researcher, and collaborator working with Atelier Barda where he partakes in the conception of projects at various scales from residential to public infrastructure works. During his studies at the University of Dalhousie (M. Arch.) Etienne carried internships in offices both in Montreal and Berlin. After completing his diploma, he worked for Kuehn Malvezzi in Berlin where he was project leader for various competition projects, while working on installations for the Chicago Architecture Biennial and for the National Museum for the History of Immigration in Paris. A year later, he moved to Paris where he got involved in the production of public space within the re-claimed Saint-Vincent-de-Paul Hospital for Les Grands Voisins project serving different community groups. It is only in the start of 2019 that he returned to Montreal to nourish a close collaboration with Atelier Barda.