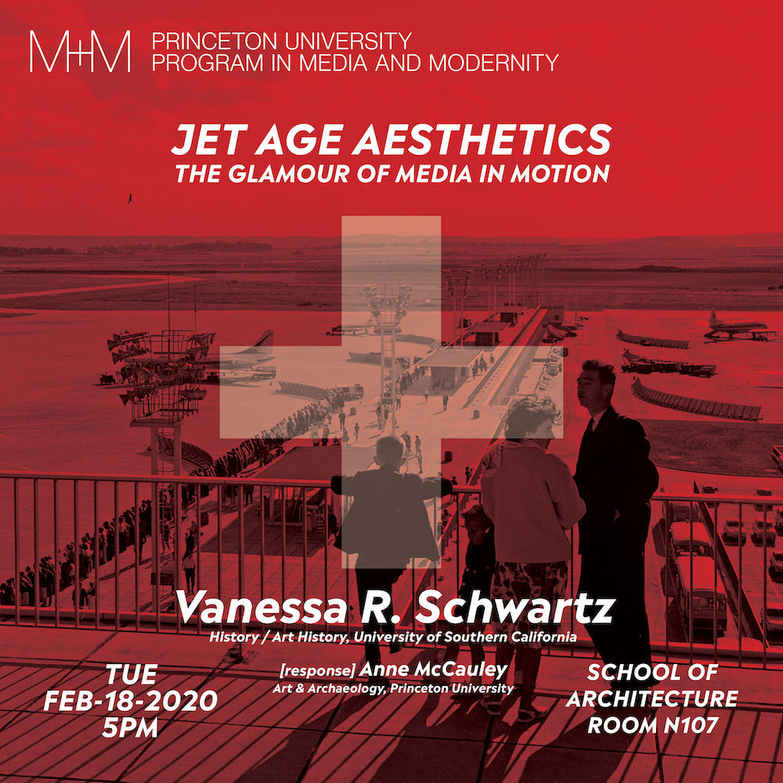 Vanessa R. Schwartz engagingly presents the jet plane’s power to define a new age at a critical moment in the mid-20th century, arguing that the craft’s speed and smooth ride allowed people to imagine themselves living in the future. Exploring realms as diverse as airport architecture, theme park design, film, and photography, Schwartz argues that the jet created an aesthetic that circulated on the ground below.

Visual and media culture, including Eero Saarinen’s airports, David Bailey’s photographs of the jet set, and Ernst Haas’s experiments in color photojournalism glamorized the imagery of motion. Drawing on unprecedented access to the archives of The Walt Disney Studios, Schwartz also examines the period’s most successful example of fluid motion meeting media culture: Disneyland. The park’s dedication to “people-moving” defined Walt Disney’s vision, shaping the very identity of the place. The jet age aesthetic laid the groundwork for our contemporary media culture, in which motion is so fluid that we can surf the internet while going nowhere at all.

Vanessa R. Schwartz is Professor of Art History, History and Film at the University of Southern California, where she also directs the Visual Studies Research Institute and the Graduate Certificate program.

Anne McCauley is David Hunter McAlpin Professor of the History of Photography and Modern Art in the Department of Art & Archaeology at Princeton University.