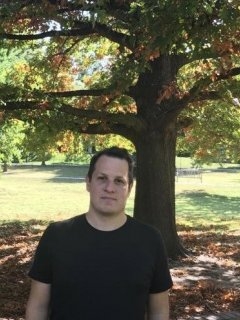 Adrián Lerner Patrón is a scholar of Latin American, environmental, and urban history, and of the history of science and technology. This Fall semester, Lerner Patrón and Mario Gandelsonas will co-teach "Interdisciplinary Design Studio" [ARC 205/URB 205/LAS 225/ENV 205], focusing on the social forces that shape design thinking.

At Princeton, he will work on his manuscript, Jungle Cities: The Urbanization of Amazonia, a comparative history of the largest cities of the Amazon rainforest: Manaus, Brazil, and Iquitos, Perú. Jungle Cities explores the long-term links between urban and environmental inequalities and political authoritarianism as the Amazon, a region often treated as a “wilderness,” became predominantly urban. He will also work on a series of articles based on his extensive research in local archives in the Brazilian and Perúvian Amazon, and on the global history of urban informal neighborhoods located in waterlogged areas.

Born and raised in Lima, Perú, Adrián completed his B.A. and Licenciatura at the Pontificia Universidad Católica del Perú, and his M.A. and Ph.D. at Yale University, where he was also part of the first cohort of the Mellon Interdisciplinary Concentration in the Humanities, focused on “The Technologies of Knowledge.” He has taught courses about Latin America, environmental history, urban planning, and global history.

Adrián’s fellowship is made possible through the support of the Andrew W. Mellon Foundation and the Princeton Environmental Institute.