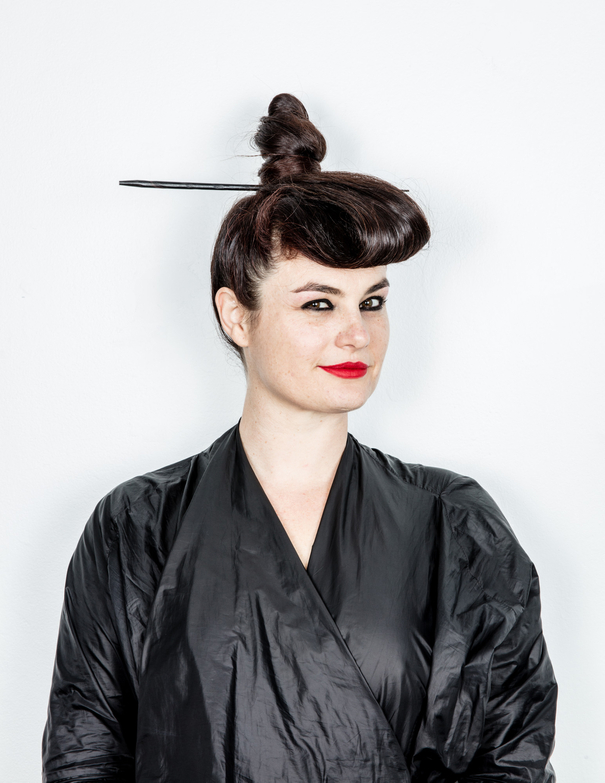 Eva Franch i Gilabert is an architect. Franch’s work articulates global desires with local understandings with an interest in new architecture histories and potential futures. Franch specializes in curatorial activism and planetary pedagogies and practices.

Franch has received the Reyner Banham Fellowship, the Wortham Fellowship, the La Caixa Fellowship, a Schloss Solitude Fellowship and grants from the National Endowment for the Arts, the Graham Foundation and the US State Department. She has received numerous awards and her work has been exhibited internationally including the Venice Architecture Biennale, FAD Barcelona, and the Shenzhen Biennale of Architecture and Urbanism, among others. Franch has curated international projects including OUT, the 2014 Arquia Proxima biennial competition, and Borders, the 2011 Think Space biennial concept competition programme.

During her tenure as director of Storefront, she initiated  Letters to the Mayor -a project that invites architects to write letters to their city mayors as a way to open up dialogue about the making of cities and public life with more than twenty editions globally including New York, Mexico City, Buenos Aires, Athens, Taipei, Madrid-; World Wide Storefront – a digital platform for alternative global projects, the Competition of Competitions, and Manifesto, a publication series in partnership with Lars Müller. Selected exhibitions curated by Franch include Architecture books: Yet to be Written; Sharing Models; Measure; POP: Protocols, Obsessions, Positions; Aesthetics-Anesthetics; Past Futures, Present, Futures;  No Shame: Storefront for Sale; and Being. Other projects include the New York Architecture Book Fair, Storefront TV, and the Storefront International Series with editions in the Dominican Republic, Portugal, and Hong Kong.

At the Architectural Association (2018-20), Franch launched the Speculative Studies department and the Experimental Programme as part of a new Academic Framework. New pedagogical initiatives introduced by Franch include the Open Tutorials and the Open Seminars, a series of forums for learning and debate across the school. Franch brought together a diverse set of international voices across disciplines through the Diploma and Experimental units and the public programmes. The New Canonical Histories (2018-20) and the Architecture in Translation (2020) project, aimed to break hegemonic ideas about architectural discourse and practice.  In autumn 2019, the AA Residence, an externally funded research and cultural platform to develop new ideas and forms of practice at the intersection of architecture, art, technology, policy and design opened with the AA Wood Lab and the AA Ground Lab. Under her tenure, the AA  obtained Taught Degree Awarding Powers, relaunched AA Files and launched the Student Care Center, the Writing Center, the Careers Office and the Hardship Fund to support student life and wellbeing, among many other initiatives including the Expanding Horizons campaign, offering for the first time full scholarships across all programmes to deserving students across the globe.

Franch has lectured internationally on architecture, pedagogy and curatorial practices, and the importance of alternative visions and initiatives in the construction and understanding of public life. She has lectured at educational and cultural institutions including the Arts Club of Chicago, Hong Kong University, IAAC in Barcelona, Izolatsia in Kiev, Kuwait University, the Museum of Fine Arts in Sydney, Oslo School of Architecture, Princeton University, San Francisco Art Institute, Sandberg Institute in Amsterdam, School of Visual Arts in New York,  SCI-Arc in Los Angeles, Tokyo University, University of Manitoba, UT Sidney, the World Around, the World Architecture Forum, the World Urban Forum, and Yale University among others.

Franch has been part of international competition juries and member of several nominating and advisory boards including the Future Architecture Platform, the Royal Institute of British Architects, the Hong Kong Design Trust, and Ideas City among others, and serves as a non-executive Board Member in cultural and educational organizations around the world.