On Solitude, by Darell Wayne Fields, featured on Archinect 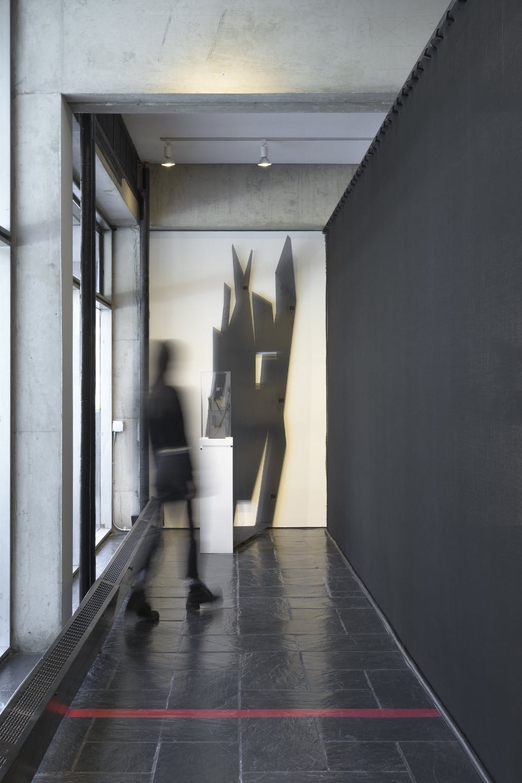 In 2000, distinguished scholar, designer, inventor, and teacher Darell Wayne Fields, Ph.D. published "Architecture in Black." His book is a theoretical treatise that expands on the historical, philosophical, and semiotic texts regarding race in architectural discourse. It argues "architecture, as an aesthetic practice, and blackness, as a linguistic practice, operate within the same semiotic paradigm." Through this extensive examination, Fields curated On Solitude which is described as a "contemporaneous anthology" that shadows Architecture in Black.

On display at Princeton University School of Architecture, Archinect connected with Fields to learn more about the exhibition. Upon entering the exhibition space, visitors will see a series of images and visual artifacts that "depict the interplay of different sign systems including Black language traditions, visual formalisms, and architecture. The exhibition includes pivotal works fulfilling the promise of Black architecture theory since 2000."

Fields discussed his relationship to each artifact and shared with Archinect, "I live with each artifact in different places of memory. This is the first time they are shown together. The story they tell is unexpected."

He continued to explain, "I thought Blackness's intersection with architecture represented epic struggle and conflict. The conflict remains true in what the exhibition has to say (to me), but there's a critical difference. The artifacts, interacting together, signify and witness architecture's subtle, yet persistent, unraveling."

"Patiently Blackness pulls on architecture thread by thread. As a result, in the space at Princeton, architecture is slowly becoming something else," he adds. "Blackness, itself, is a process of unraveling and becoming. To have Black reality reflected in the work is an unforeseen gift. Perhaps I have been too close to see it."

Blackness, itself, is a process of unraveling and becoming. To have Black reality reflected in the work is an unforeseen gift. Perhaps I have been too close to see it.

Architects and designers continue to increase the visual and contextual discourse surrounding Blackness, racism, and architecture. Other exhibitions like MoMA's "Reconstructions: Architecture and Blackness in America" and Syracuse University School of Architecture's "Hidden Histories" Exhibit present the importance of bringing these conversations to the public. However, it should be noted conversations surround Blackness, racism, and architecture shouldn't be seen as a singular event. Instead, seen as an ongoing discussion where we as a society remembering yet also make proactive steps towards dismantling racism and reforming institutions. This applies to all disciplines as well as academia.

Dean Monica Ponce de Leon shared, "I would argue, that there are few individuals in the recent history of architecture who so deftly have developed original thinking, while expertly and fluidly moving across theory and creative practice. There are few whose work has anticipated and responded to some of the most relevant topics of our time. Darell Fields is one of such figure."

With Covid-19 health and safety protocols still in play, the school developed a virtual experience for the public to view the exhibition until in-person viewing is available. Princeton also shared with Archinect that in addition to Field's exhibition, the School of Architecture will publish an illustrated catalog that features recent writings from Fields.