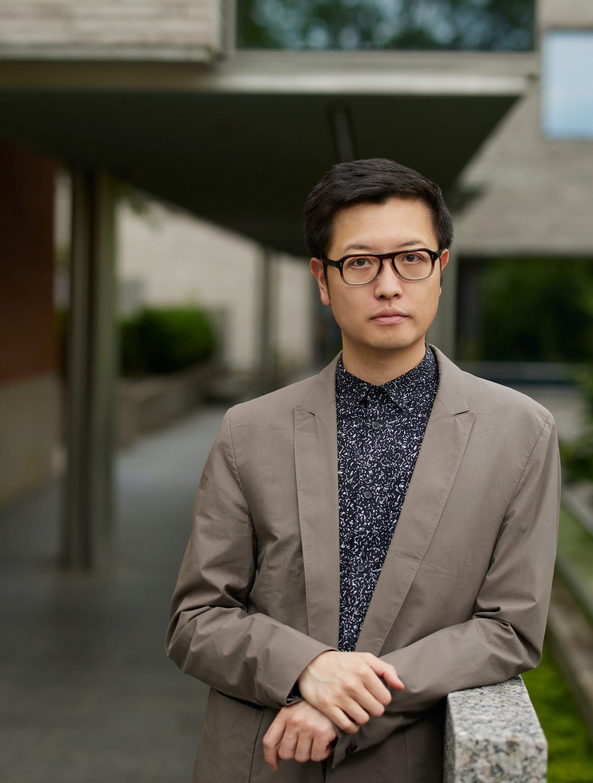 The Museum of Modern Art (MoMA) has named curator, writer, and educator Carson Chan as the first director of the museum’s Emilio Ambasz Institute for the Joint Study of the Built and the Natural Environment. Chan will also serve as a curator within the Department of Architecture and Design with a focus on sustainability in collaboration with all six curatorial departments at MoMA.

The Ambasz Institute was launched last November as a largely research-based vehicle for the museum to explore the complex relationship between the built environment and ecology. As previously reported by AN, the institute places a pronounced focus on digital initiatives that spur global conversations on sustainability while also  setting out to study how the design of our cities, buildings, and landscapes can be more effectively harnessed, in the words of the museum, “in order to work toward an ecological future and environmental justice.”

The formation of the Institute was made possible by a $10 million gift from the Legacy Emilio Ambasz Foundation (LEAF), a philanthropic organization established by the Argentina-born, Princeton-educated architect and industrial designer considered as a (somewhat enigmatic) progenitor of the contemporary sustainable design movement. Heralded as the “Messiah of Green Architecture” by James Wines, Ambasz, whose eponymous firm is based in New York City, has also enjoyed a long relationship with MoMA, including serving as its Curator of Design within the Department of Architecture and Design (1969–1976); a member of the museum’s International Council (1978–current); and a member of the Board of Directors of MoMA PS1 (2002­–2006.) Ambasz has also been the subject of two exhibitions at MoMA, Emilio Ambasz/Steven Holl: Architecture (1989) and In-Depth: The House of Spiritual Retreat by Emilio Ambasz (2005-2006), and been featured in a number of group shows.

Chan will begin his directorship of the Ambasz Institute later this summer and, in the new role, develop a “robust and diverse” slate of exhibitions as well as programming, both virtual and on-site, that, per the museum, “address the interconnectedness of architecture and ecology.” Notably, Chan will also organize and present a major upcoming exhibition focused on emerging ecological trends in architecture. That show is scheduled for 2023.

Recent and upcoming MoMA programs and exhibitions with environmental- and climate-focused themes include Neri Oxman: Material Ecology, Broken Nature (now through August 15); Automania and Neelon Crawford: Filmmaker, both of which open in July 2021, and the recently announced Reuse, Renew, Recycle: Recent Architecture from China, a major group show showcasing the work of several young Chinese architectural practices driven by environmental stewardship and social responsibility. Outside of exhibitions, MoMA as an institution has emphasized sustainable practices. The museum’s major 2019 expansion project was awarded LEED Platinum certification, making it the only major American art museum to achieve the rigorous rating. A dedicated Sustainability Task Force is also helping to shepherd an institution-wide effort to reduce the museum’s energy use and carbon emissions by at least 30 percent by 2024 to meet New York City’s Local Law 97. The museum is also aiming to cut its material waste in half by 2025.

“I look forward to challenging MoMA’s current and future audiences with new ways to define architecture in the midst of our ecological crisis,” said Chan in a statement. “My vision for the Ambasz Institute is to allow MoMA’s audiences to see architecture beyond the object and to understand the ways in which it is ecologically and socially embedded in the world.”

Most recently, Chan was an adjunct professor at the Weitzman School of Design at the University of Pennsylvania, where he taught a graduate seminar titled Architecture’s Ecology. He is also the cofounder of PROGRAM, a nonprofit project space and residency program in Berlin established with Fotini Lazaridou-Hatzigoga. In 2013, Chan served as executive curator of the Biennial of the Americas in Denver and, the year before that, co-curated the fourth Marrakech Biennale with Nadim Samman. A widely published author and commentator on art, architecture, and contemporary culture, Chan is editor-at-large 0f 032c and also, alongside Daniel A. Barner and Dalal Musaed Alsayer, a founding editor of Current: Collective for Architecture History and Environment, an online resource and scholarly journal described by MoMA as being focused on the “intersection of architecture, environment, and justice.” He holds a Bachelor of Architecture from Cornell University, a Masters of Design Studies from the Harvard Graduate School of Design, and a Ph.D. from Ambasz’s alma mater, Princeton University, where his doctoral research delved into the evolution of aquarium architecture in the postwar United States against the nascent environmental movement.

“I am thrilled to appoint Carson Chan the inaugural director of the Emilio Ambasz Institute,” said Martino Stierli, MoMA’s Philip Johnson Chief Curator of Architecture and Design. “Carson comes to MoMA with an impressive curatorial and scholarly track record at the intersection of architecture and ecology. I am confident that he will help establish the Emilio Ambasz Institute as a global leader in the ecological recalibration of architecture, one of the most urgent issues in the field today.”