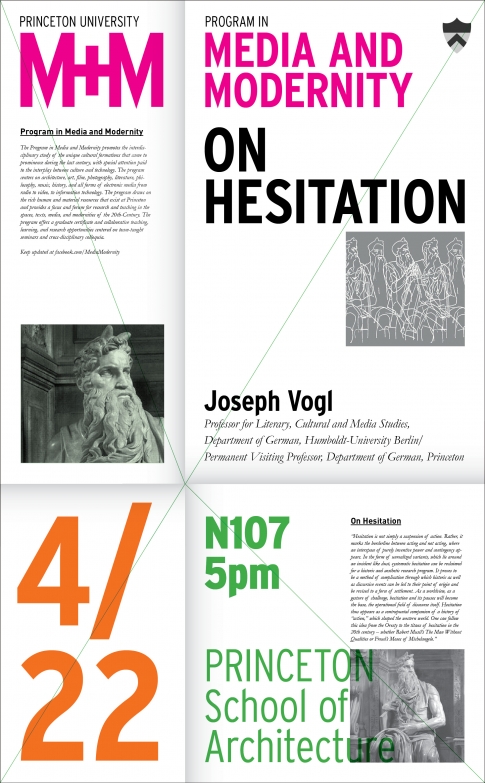 Hesitation is not simply a suspension of action. Rather, it marks the borderline between acting and not acting, where an interspace of purely inventive power and contingency appears. In the form of unrealized variants, which lie around an incident like dust, systematic hesitation can be reclaimed for a historic and aesthetic research program. It proves to be a method of complication through which historic as well as discursive events can be led to their point of origin and be revised to a force of settlement. As a worldview, as a gesture of challenge, hesitation and its pauses will become the base, the operational field of discourse itself. Hesitation thus appears as a contrapuntal companion of a history of “action,” which shaped the western world. One can follow this idea from the Oresty to the titans of hesitation in the 20th century – whether Robert Musil’s The Man Without Qualities or Freud’s Moses of Michelangelo.