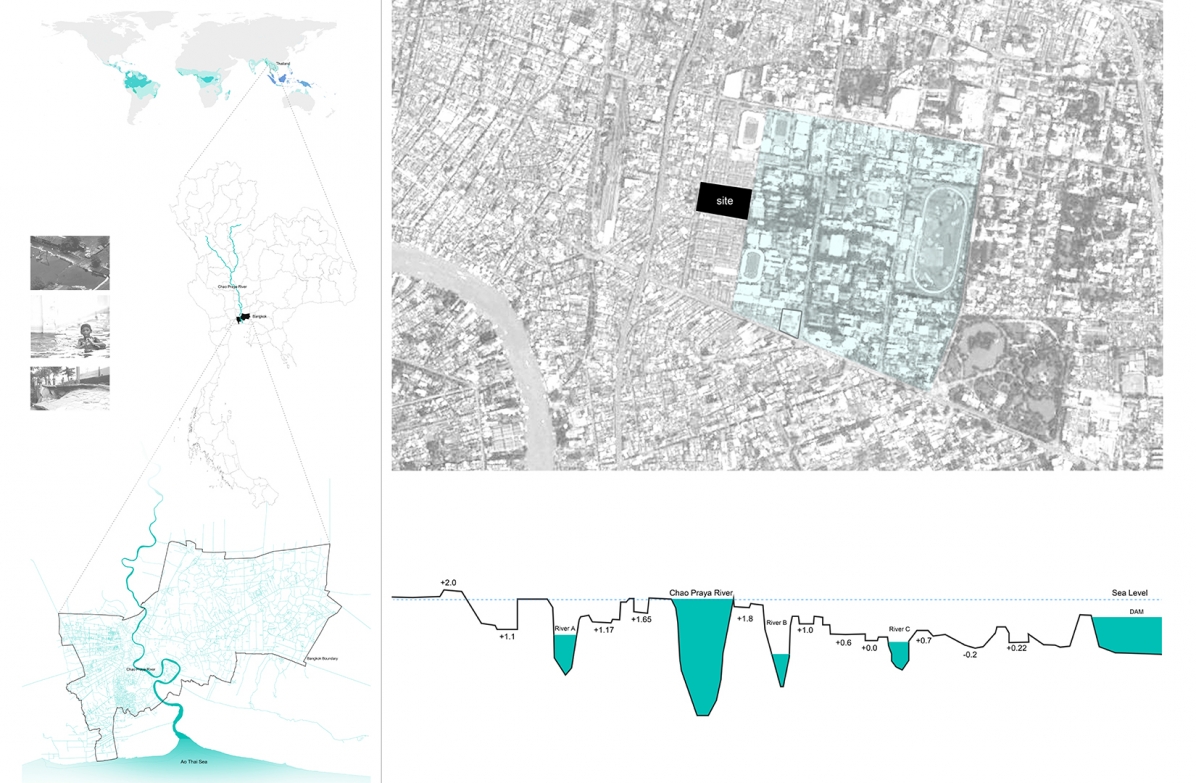 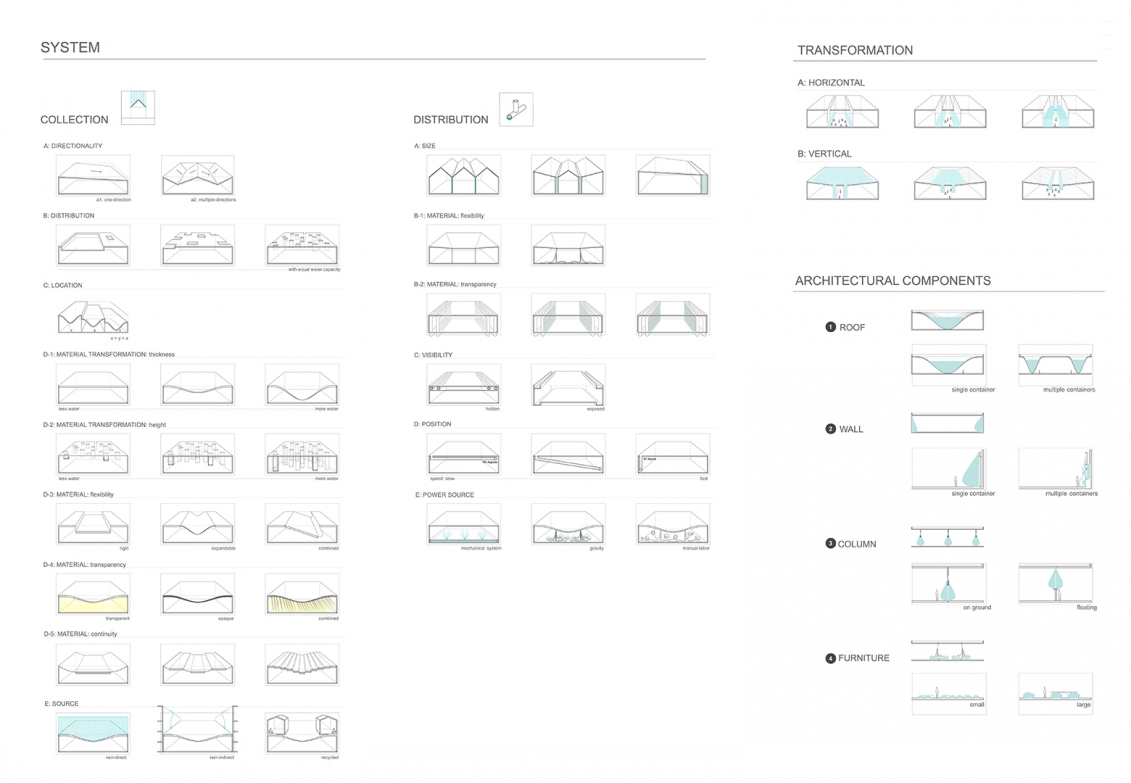 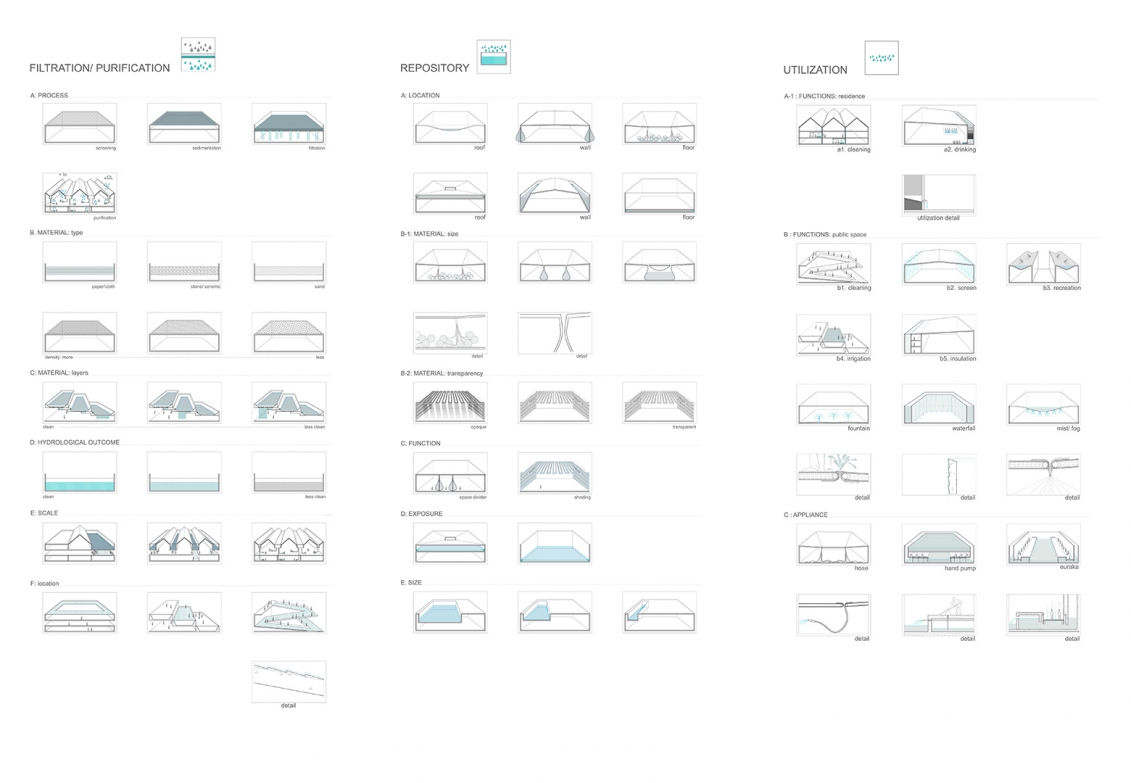 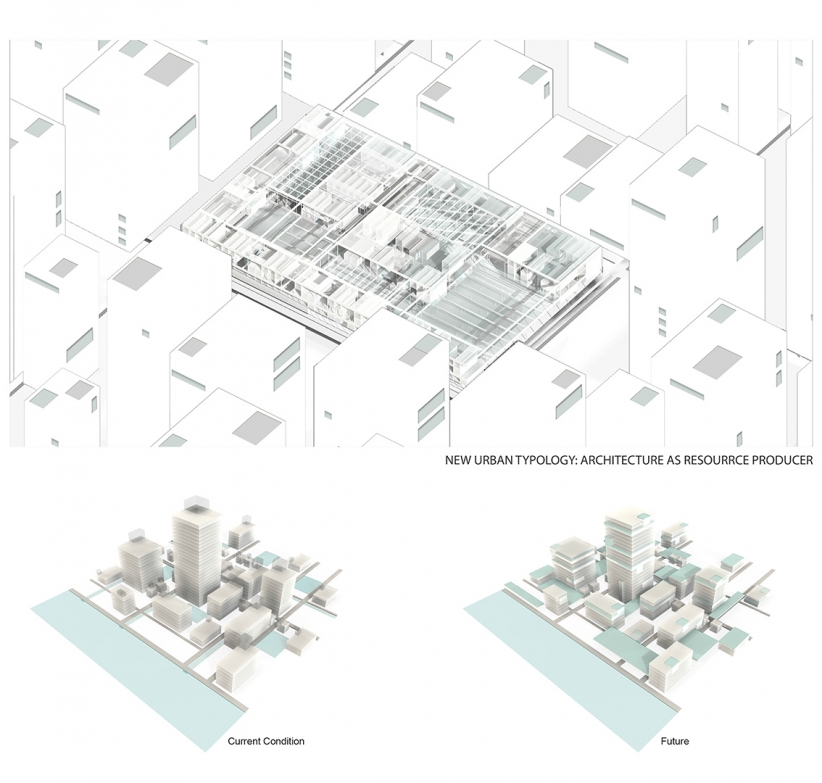 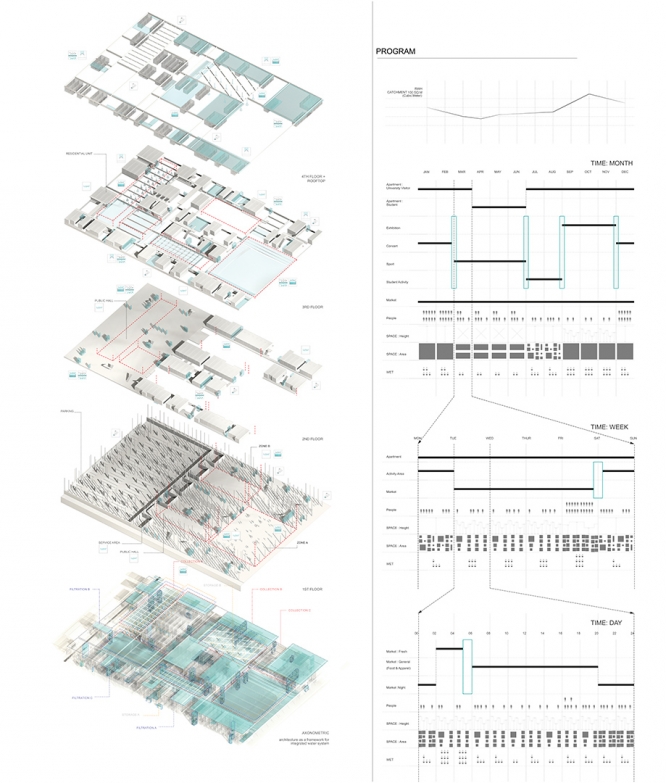 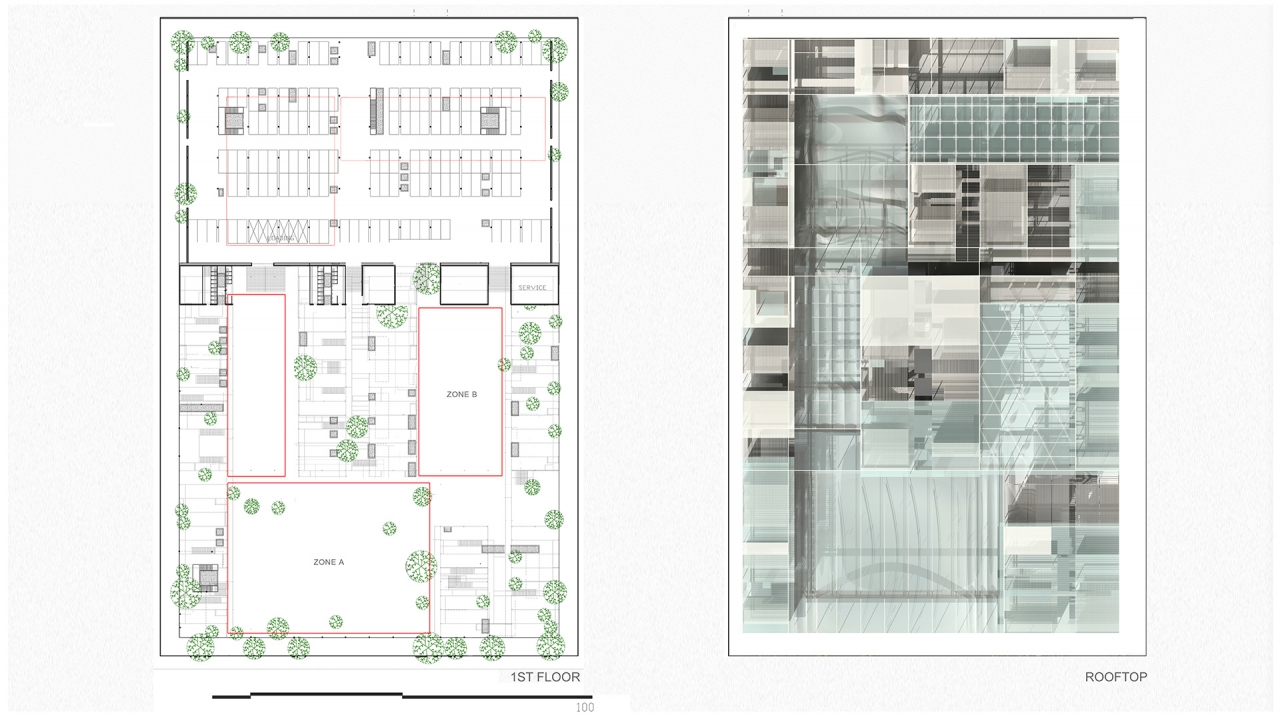 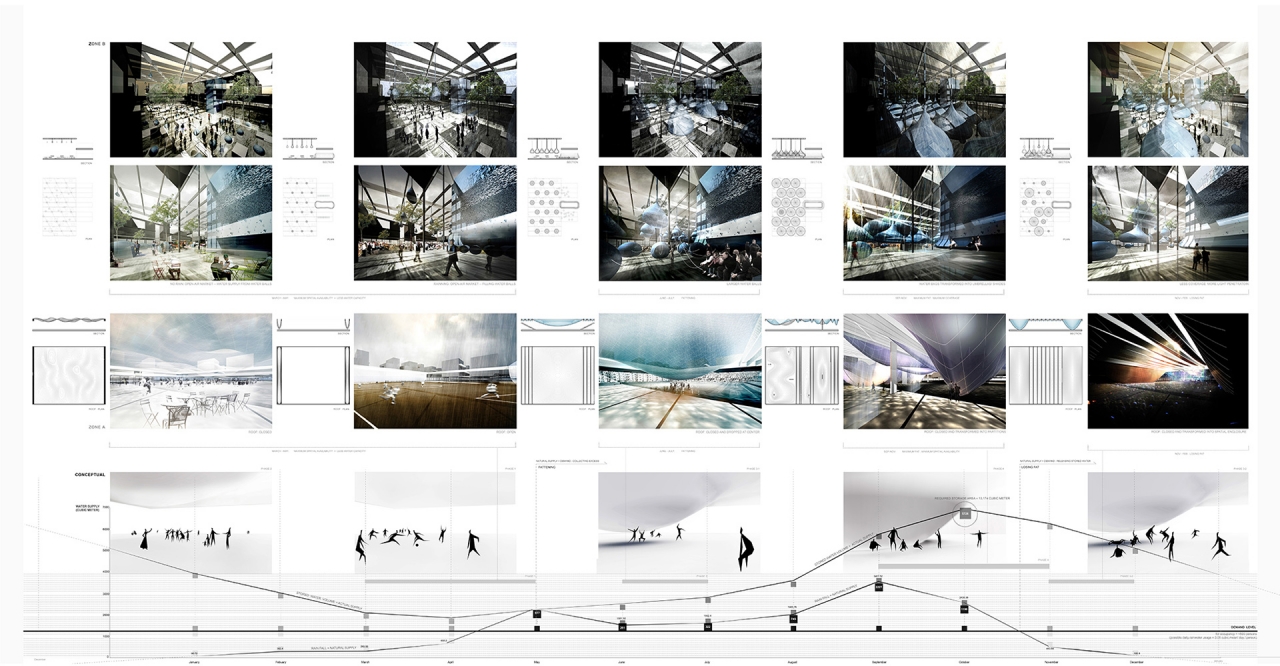 Decreasing natural resources has increasingly raised human awareness of the use of resource. Natural resources, such as water, particularly in dense urban spaces, once thought to be limit-less has become limited. Because of that the role of architecture as resource consumer need to be changed; architecture must re-consider its role and positions itself as resource producer.

Natural resources, such as rainwater, wind, and sun, could potentially be harnessed to be productive elements in everyday life. However, supply level of these natural elements is fluctuating; at time there is an excess and another time there is a moment of deficit. In order to match supply level with demand--to respond to fluctuation character of nature, perhaps architecture need to learn from a pattern of nature itself.

Since there is an intermittent period between food abundance and deficit, animal has learned and developed a process to coop with this condition through a process called hibernation. In preparation for food scarcity period, animal will consume extra food during period of abundance supply. Its body appears to be seemingly wasteful in its gluttonous accumulation of more than necessity -- precisely so that in the long term it can survive against the harsh surrounding condition. Later on this ‘fat’ accumulation is turned into energy resource during scarcity condition.

This thesis borrows from the example of hibernation to fundamentally rethink the sense of time and efficiency in architecture. If stored fat is the positive surplus that prolongs the life of an animal, perhaps a building needs to store an excessive amount of necessary resources (water, energy, etc.) so that in the long term, it can perform most efficient. In other word, the building might have to be fat in order to be thin. To achieve this, architecture need to be flexible--allowing for continuous expansion and contraction.

The project proposes a new urban public space typology where collective platform for sustainable cycle of consumption and production is created; architecture that captures more water than it needs - essentially becoming “fat” - during the raining season, so that it can “survive” over the course of the year. Disparate programs -housing and communal facility are strategically juxtaposed to further take advantage of shifting supply and demand. By introducing water as the driving force behind architecture, the project raises a question about something we habitually ignore and take it for granted.