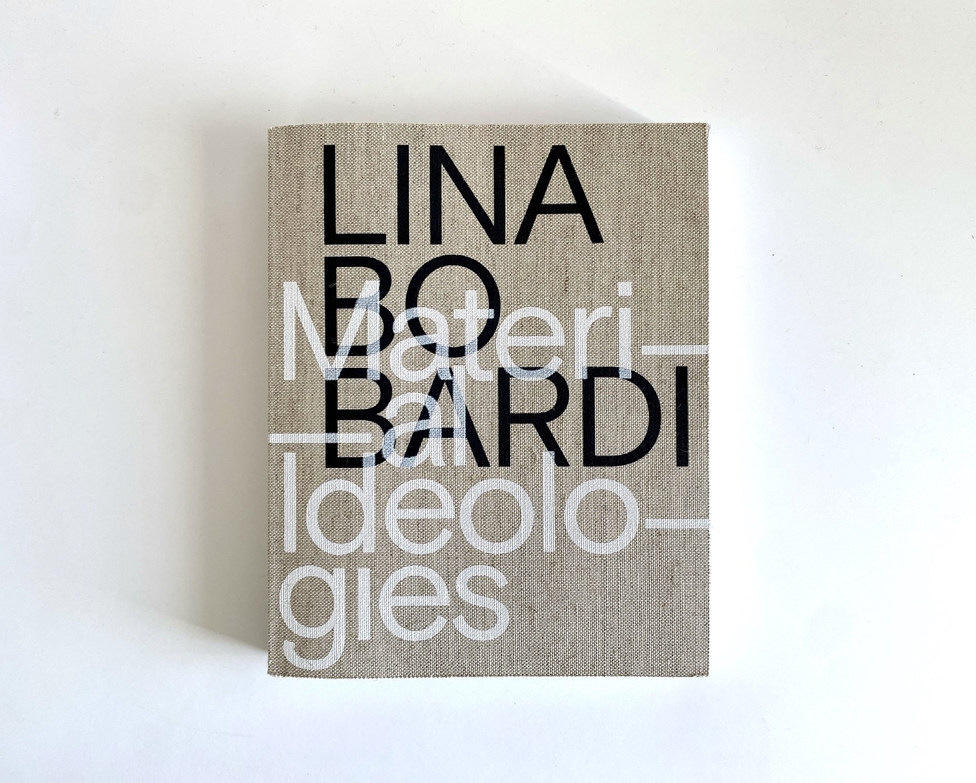 Any building can give back to the public.

This is a principle the architect Lina Bo Bardi lived by — or, at least, that was fundamental to her work. The Italian-born Brazilian modernist may have played with the juxtaposition of weight and airiness through concrete and glass architecture, but her real work was the study of the social interactions that her designs fostered beyond their primary programs. Her buildings belong to those around them, not only to those who paid for them.

This concept, and many more, is presented in the 2022 book Lina Bo Bardi: Material Ideologies. Edited by the Princeton University School of Architecture dean Mónica Ponce de León, Material Ideologies is the inaugural release of the Women in Design an Architecture publication series. It serves as a reflection a 2018 conference by the same name, organized by Princeton’s WDA graduate students.

The book includes twelve compositions by nine women and four men that highlight women's history and scholarship through Bo Bardi’s work. Some chapters are written essays, some are photography collections, and some are representations of exhibitions or installations. The cross-disciplinary contributions from architects, scholars, artists, and curators bring in-depth perspectives and perceptions of the architect’s work from beyond the classroom.

The analyses, full-page photographic inlays, and double-spread foldouts are wrapped in stenciled burlap — a beautiful and functional composition with casual texture and approachable intrigue — an aesthetic of which Bo Bardi would have approved. Each with their own tone and focus, the chapters focus primarily on Bo Bardi’s Casa di Vidro and the São Paulo Museum of Art (MASP), with less evaluation of the other works throughout her lifetime. 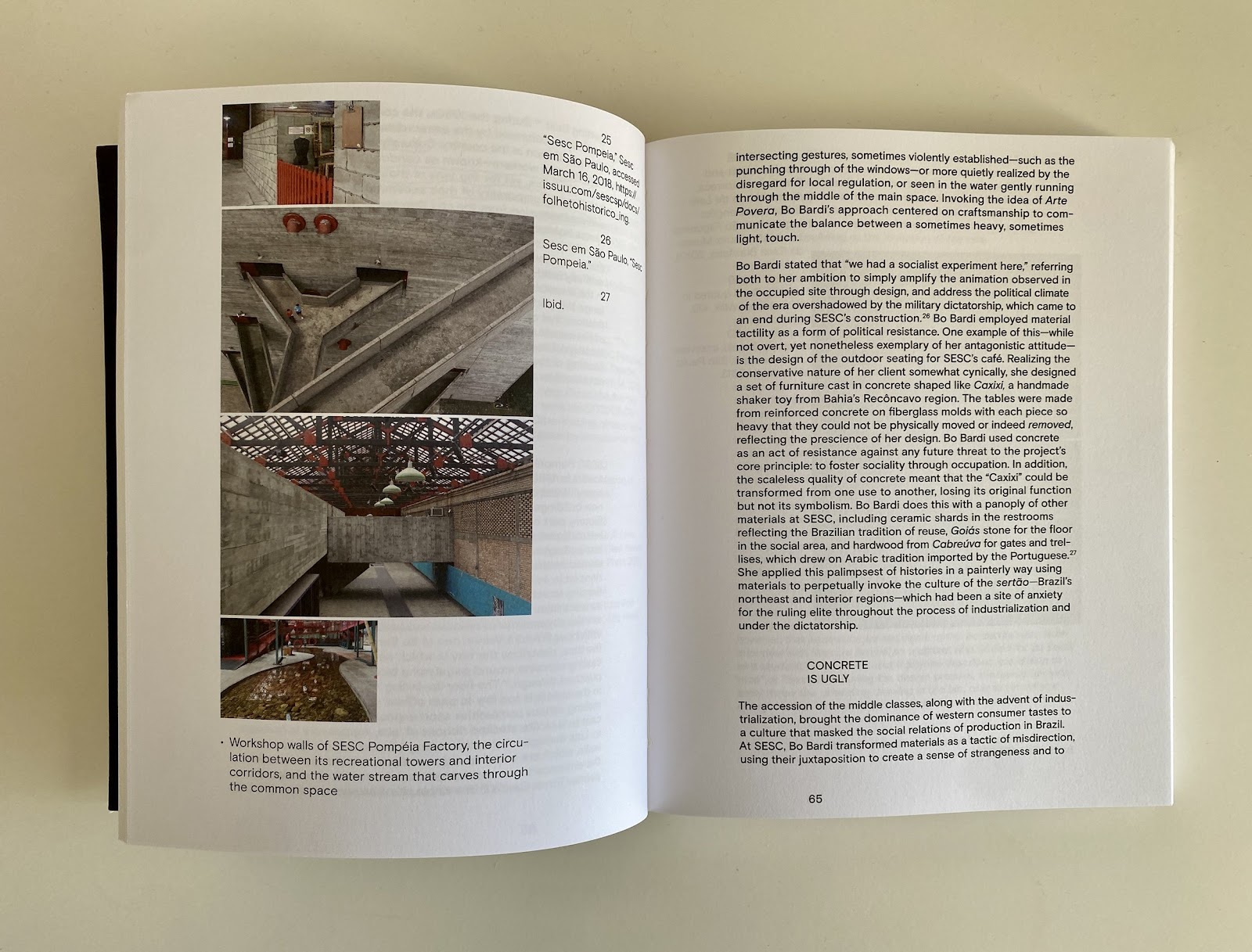 The most daring and poignant essay is researcher and writer Jane Hall’s “Counter to Convention” about the gendered perception of Bo Bardi’s work. “She is an outlier to its history because she is a woman, not because her use of concrete tells us anything specific about being a woman,” Hall wrote.

Hall challenged the notion of Bo Bardi as a feminist designer. “Bardi’s approach to authorship is, therefore, mirrored in her technique of creating conflict and multiple narratives around what she did and how she did it… This inclusivity talks of broader social relations, but not the specifics of being female within them, making it problematic to project that her sense of materiality was motivated by a concern for femininity.”

Bo Bardi’s work is canonically significant because she was a woman; however, that does not mean that her work is particularly feminine or informed in matters relating only to women. Her designs are effective and memorable because they bring into focus the cultural process of making, the socioeconomic status quo of post-war Brazil, and the functionality of public space. Yes, she was a woman, and yes, it did impact her designs; but they stand on their own without a gendered subtext. 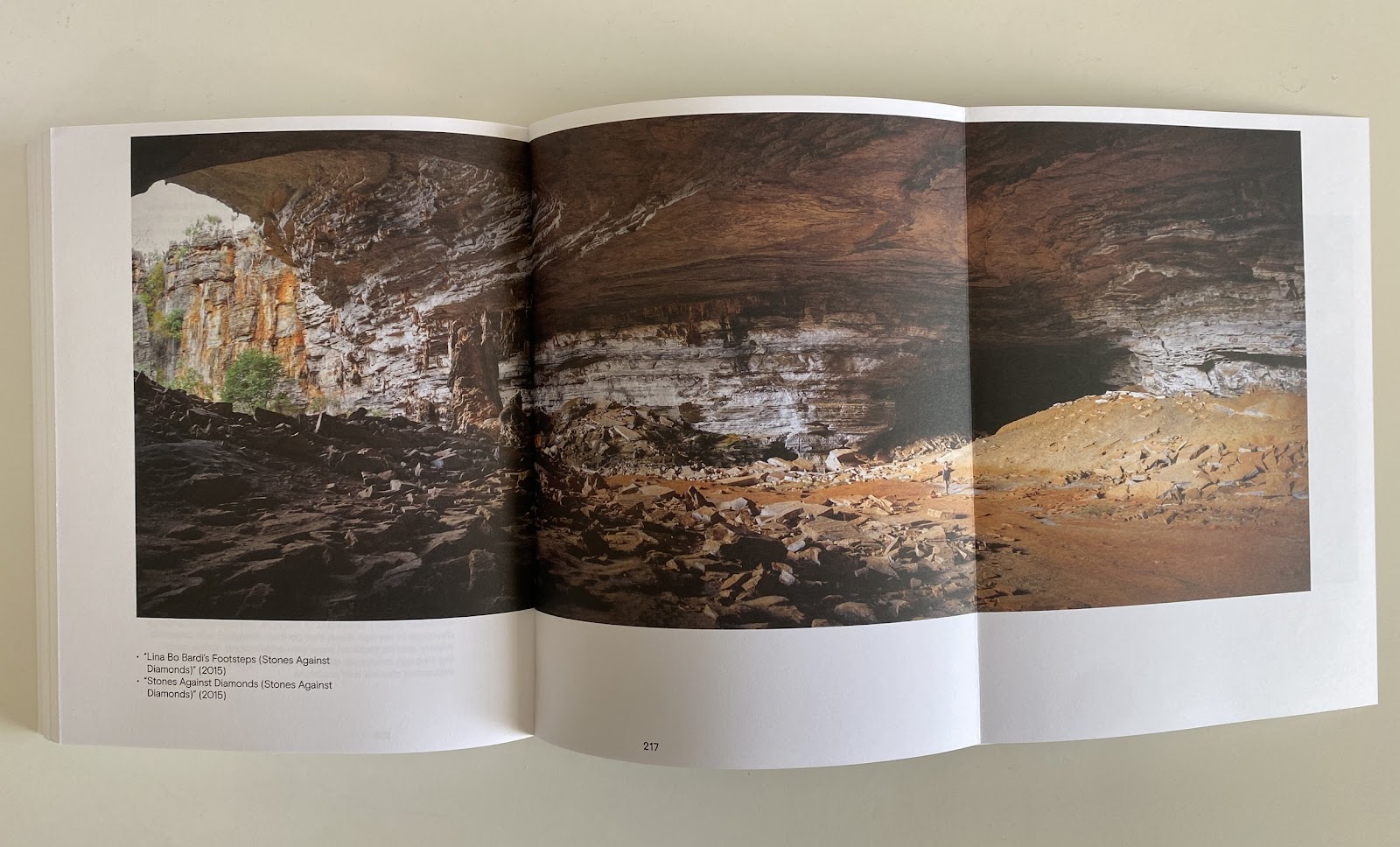 Being separate topical studies, the chapters do not necessarily have an order. Arranging them chronologically by project or phase of Bo Bardi’s life would have given the reader a broader progression of her work and design. All text is on the right hand page with images and footnotes on the facing page. While stylistic and consistent, the layout can be disorienting as citations precede their context and small inset images hold a vast amount of content but do not offer the reader an opportunity to dive in.

Do not be dissuaded by organization or layout. Material Ideologies is a wealth of insight into one of the world’s most significant female designers.

The book is available through the Princeton University Press.