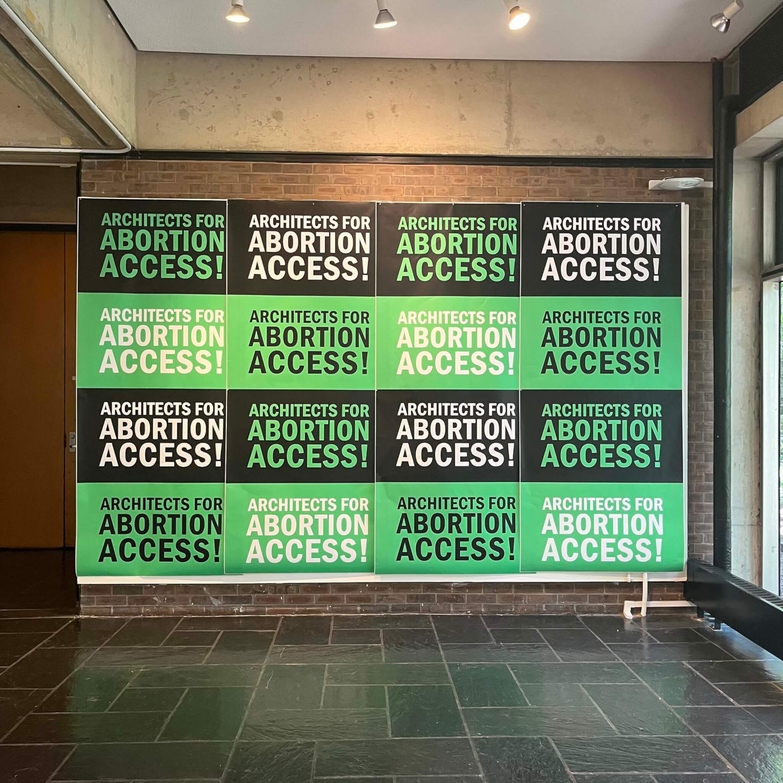 By Womxn in Design and Architecture

On June 24, 2022, the Supreme Court released the opinions for Dobbs v. Jackson Health Women’s Clinic, overturning two landmark cases: Roe v. Wade (1973) and Planned Parenthood v. Casey (1992). We join Justices Breyer, Kagan, and Sotomayor in opposition of the ruling, and use the term “We dissent” to uphold the federal right to abortion care.

We are future architects, designers, educators, writers, scholars, and practitioners of all scales. We are citizens and non-citizens of these United States. We are women, men, and non-binary people. We, Princeton Womxn in Design and Architecture (WDA), dissent.

We dissent the removal of the fundamental right to bodily autonomy—We demand reproductive justice and abortion care for all!

We call together the people dedicated to designing a better future for all beings and generations to come—We demand the freedom to design, regardless of identity!

In 2017—18, women made up 47.1 percent of Bachelor’s students and 51.9  percent of Master’s students who earned architecture degrees in the United States. If roughly half the students in architectural programs across the country are women, why is it that only 17 percent of registered architects in the nation are women? Why are women only 40 percent of newly licensed architects? We believe limiting access to reproductive care diminishes representation in the field.

The gender biases of architectural practice in America can be seen in these statistics. This must be improved. Abortion access does not only affect women—all people have reproductive healthcare needs. We recognize trans and non-binary representation in the field as essential.

Architects are responsible for providing safe, healthy, and accessible built environments, including healthcare spaces. Abortion and architecture are inseparable because abortion is healthcare. It is necessary to replace the stigma built around abortion clinics and health centers with an ethos of care and support.

Legal systems and spatial systems are inextricable, just as climate justice and social justice are causally linked. Beyond determining things like materials, form, and energy use in buildings, architects uphold the laws, codes, policies, and systems that dictate the spaces where we live.

We follow and support architects, practitioners, educators, and students who dedicate professional and academic work to the relationship between architecture and abortion access: Lori Brown and Jordan Kravitz, who are organizing a list of architects ready to assist clinics; and the inter-institutional studios addressing reproductive justice in architecture at CCNY Spitzer School of Architecture, Columbia University GSAPP, and Syracuse University School of Architecture (led by Lindsay Harkema, Bryony Roberts, and Brown, respectively) in collaboration with FLUFFFF Studio.

Since June 24, WDA has organized the following actions:

If you are an architecture student, here are some ways to join the fight for reproductive justice:

Womxn in Design and Architecture 2022

WDA’s text installation is on view in the Princeton School of Architecture building until September 16.

Womxn in Design and Architecture (WDA) is a graduate student group formed at Princeton University School of Architecture (SoA) in 2014 to highlight womxn through academic programming and lecture series. WDA is committed to offering an intersectional platform for architectural discourse. Bringing attention to issues of equity, including gender, class, and race disparities, WDA encourages new standards of recognition and representation within both academic and professional settings.