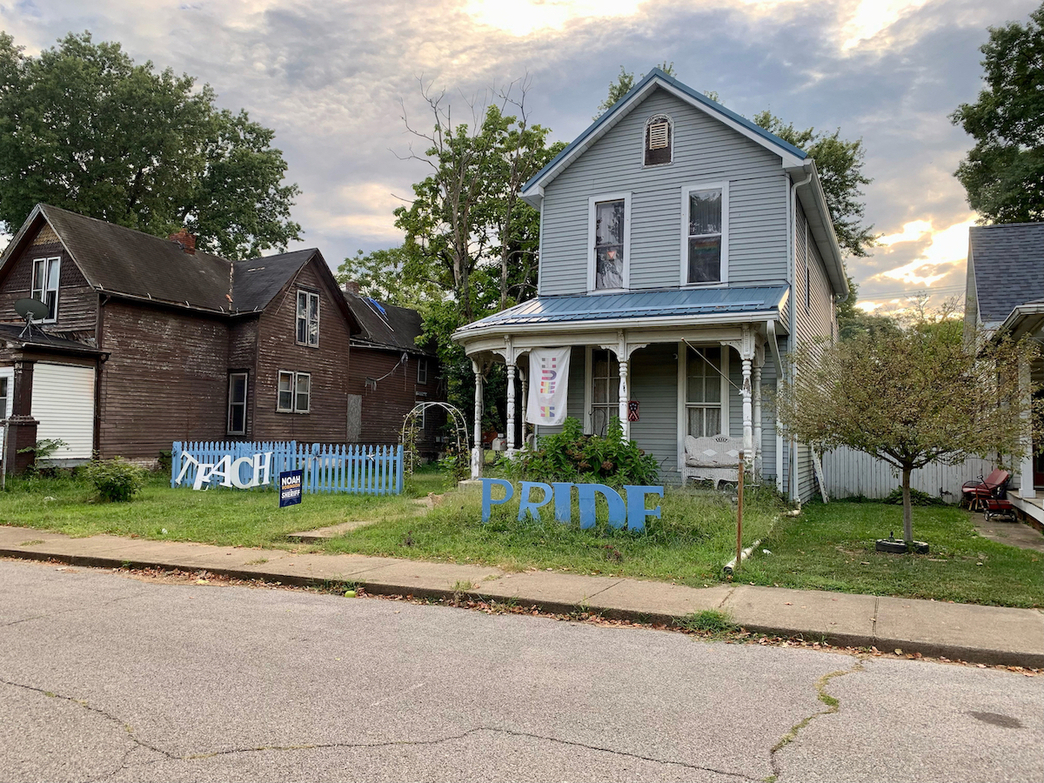 You are cordially invited to attend

To be held on

Famously known in the leather community as the "Queen of Kink," "Professional Slave," "Activist and Storyteller," and "Mother to all Boys," from the scenes of New York City and San Francisco, Mama Vi, legally known as Viola Johnson, would also be referred to as the "Matriarch of Judson Street," in Evansville, Indiana. With multiple housing purchases, she established a collection of homes for "kinklings" on Judson Street, her Carter Johnson Library's inauguration, and various social gatherings. Mama Vi's manifestation in a mid-western mini-urban leather gayborhood in Evansville underlines a challenge to the metronormativity that has defined small cities. Yet, by reading Mama Vi's spatial production, BDSM and leather culture can become understood as spatial disciplines that create a specific kind of American queer cultural geography and a utopic territorial claim to otherwise heteronormative landscapes aside from major metropolitan areas such as New York and San Francisco. I call Mama Vi's environments transgressive leatherscapes and argue that they are integral to the discipline of architecture. Indeed, studying Mama Vi's journey, her life in leather, and the spatial technologies she produced, challenges conventional architectural binaries and puts queer studies in conversation with literature on urbanism as well as small cities and rural places. Mama Vi is crafting environments as built manifestos that extend and interrogate heteronormative landscapes and open apertures into utopian thought.

So, what does it mean to want to create a leather gayborhood by purchasing and reusing a collection of single-family homes? How does such a practice push against the kinship norms that the spaces assume? And, how do the resulting spaces disidentify with cis-heteronormative architectural expectations while also imagining a kind of utopianism? Othering Worlds: Leatherspace, Dyke Community, and the American Small City is a proposal for an anthropological study of Mama Vi's journey in leather and her neighborhoods. Its analysis adds to the discourse of the larger historical context of queer spatial practices. This research seeks to study what is challenging the metronormativity and homonormativity through the framing of queer space in cities, the building of a leather gayborhood, the living arrangements leather community, a traveling archive, and the objects that redefine space.