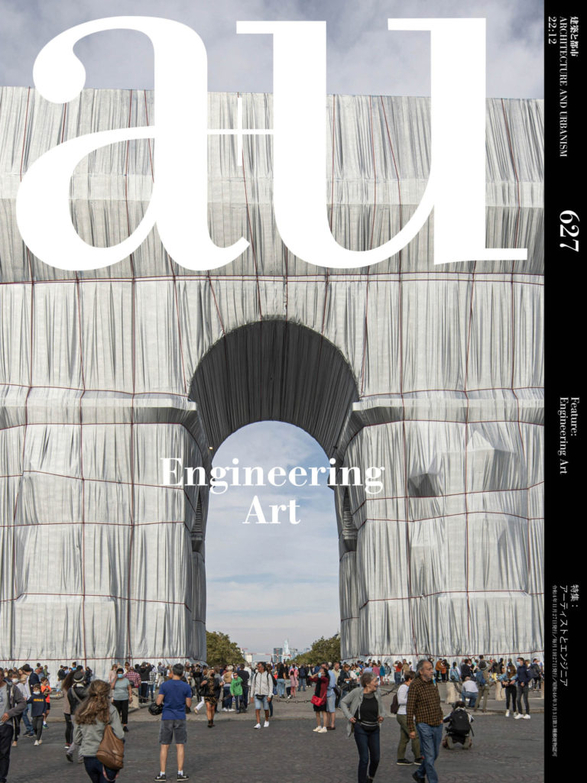 To view or purchase this issue, visit a+u Magazine here. 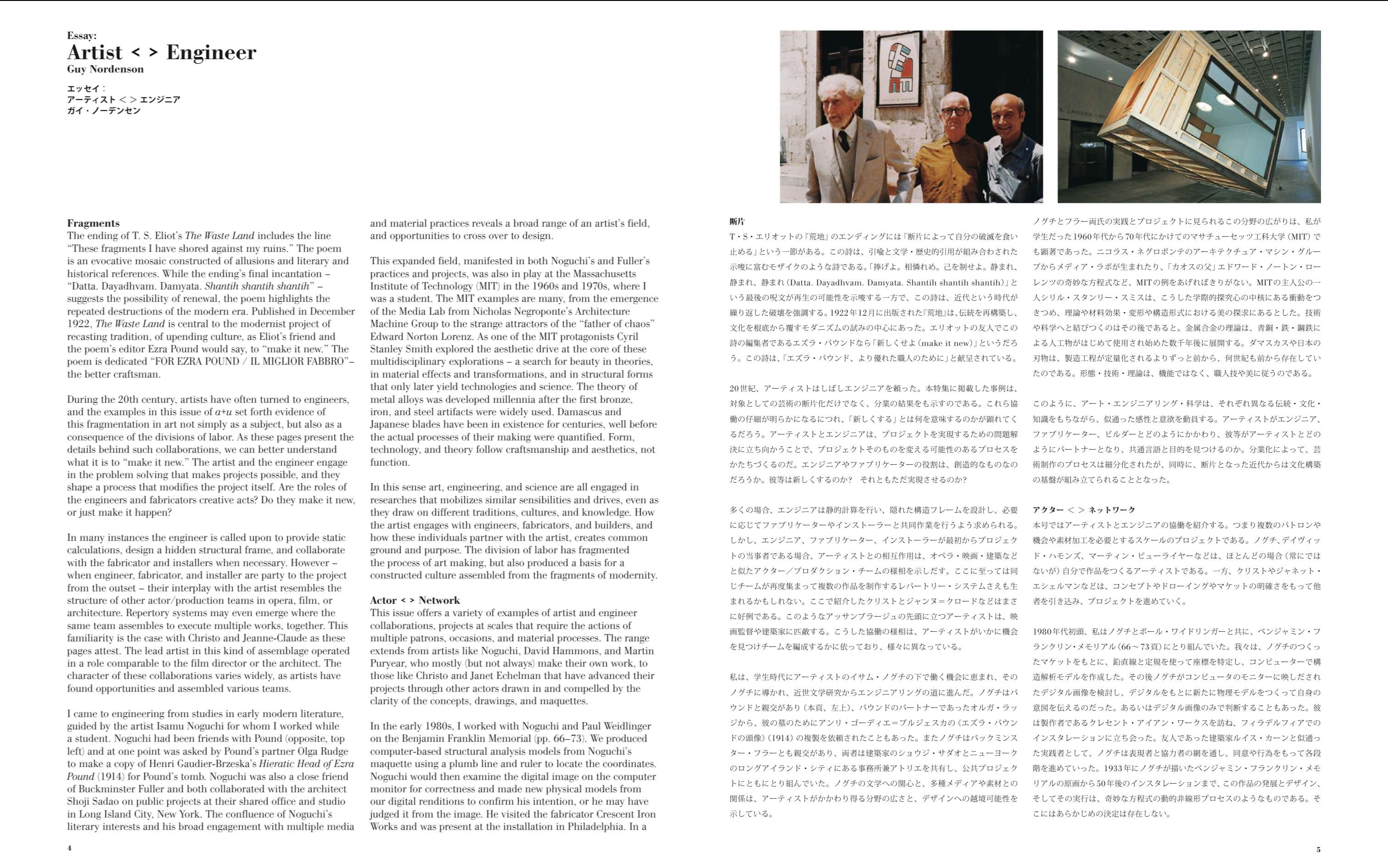 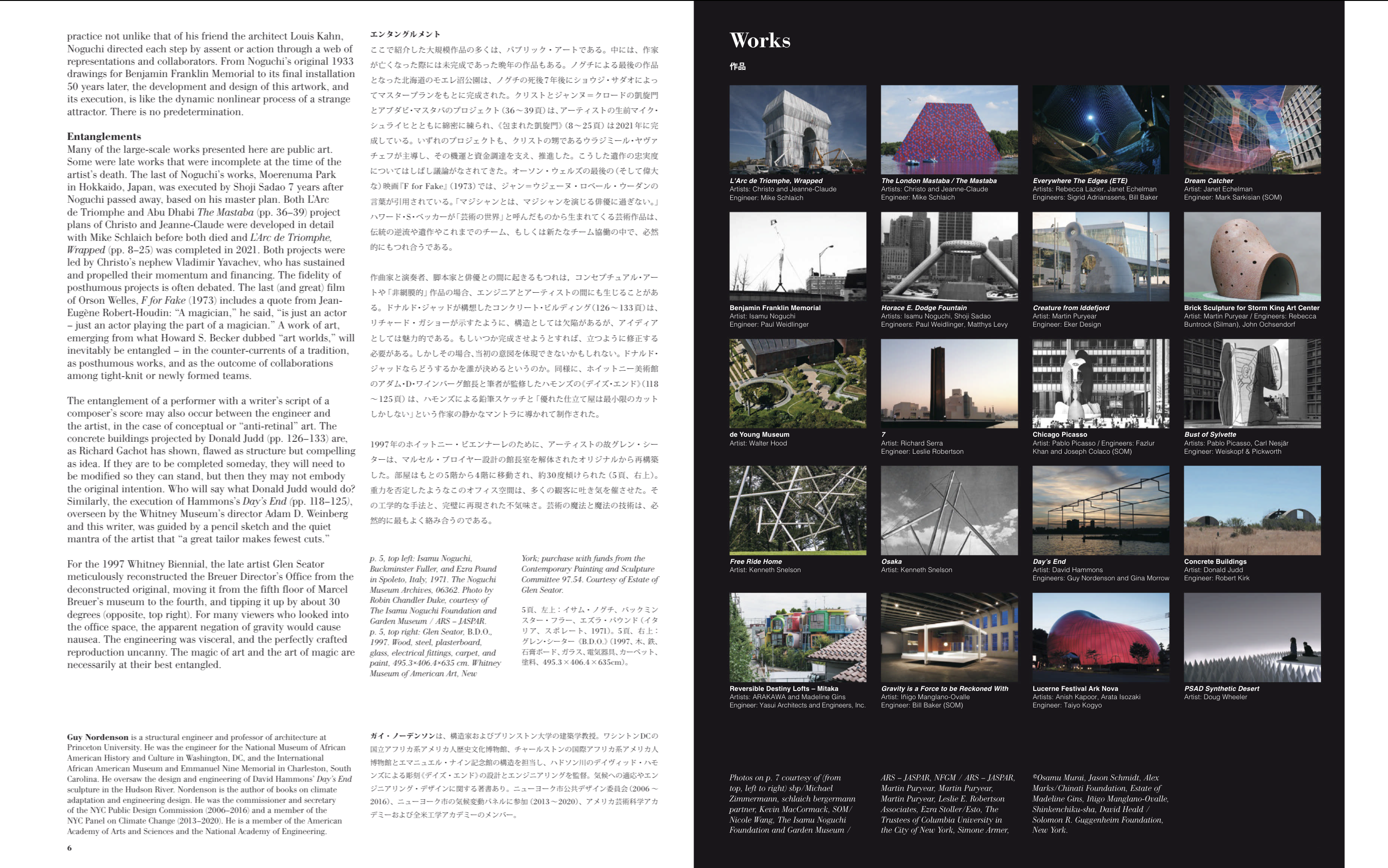 a+u’s December issue features collaborations between artists and engineers. Liberated from conventional architectural constraints such as programs and building regulations, such collaborations provide the potentiality of new discoveries in structure, form, and materiality. Twenty such works, diverse in scale and materiality, are presented in this issue, ranging from Christo and Jeanne-Claude’s 60-year-old project plans, L’Arc de Triomphe, Wrapped, which was realized using the latest technological ingenuity, to Richard Serra’s tallest sculpture and Donald Judd’s visionary concrete shell structure. Many of the projects presented here, such as monumental sculptures by Pablo Picasso in steel and concrete and Janet Echelman’s lightweight net installations, offer insightful commentaries on the surrounding buildings and define their urban environments as part of an ensemble. In this framework, engineering also emerges as an artistic and humanistic discipline sharing an aesthetic pursuit. Dialogues with artists, conveyed through sketches and reflections, attest to the parallel trajectories of engineering and art. These productive relationships, often personal, tap into the creativity of, and interpretation by each engineer that goes beyond execution, “shaping a process that modifies the project itself,” as described by guest editor Guy Nordenson. Detailed drawings and photographs of fabrications and installations are highlighted, alongside 8 essays by engineers, artists, and critics, to reveal how intuition and rationality are harmonized and superimposed. (a+u) 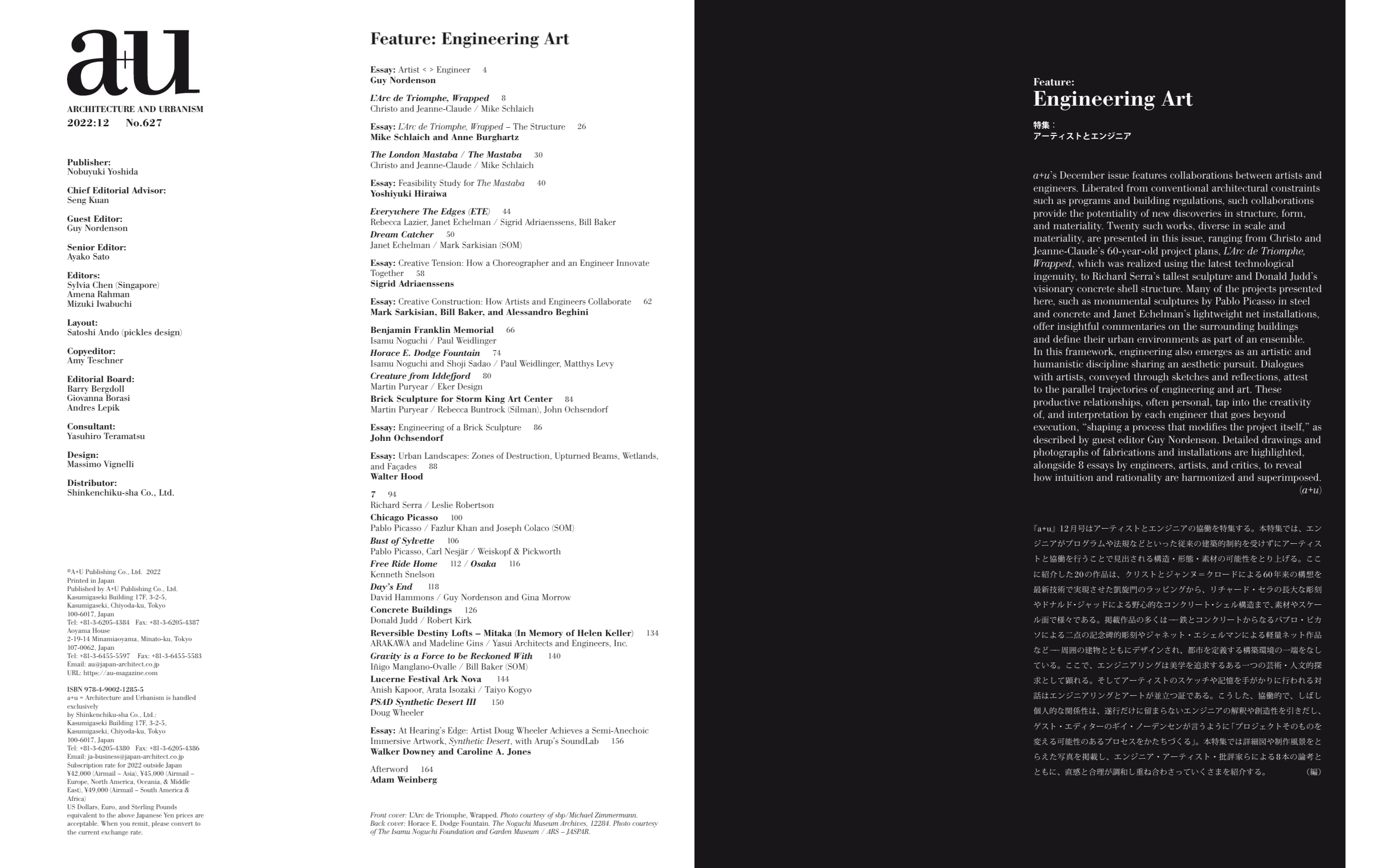 The London Mastaba / The Mastaba

Essay: Feasibility Study for The Mastaba

Essay: Creative Tension: How a Choreographer and an Engineer Innovate Together

Essay: Engineering of a Brick Sculpture

Gravity is a Force to be Reckoned With

Walker Downey and Caroline A. Jones