Beatriz Colomina inducted into the Royal Academy of Doctors of Spain 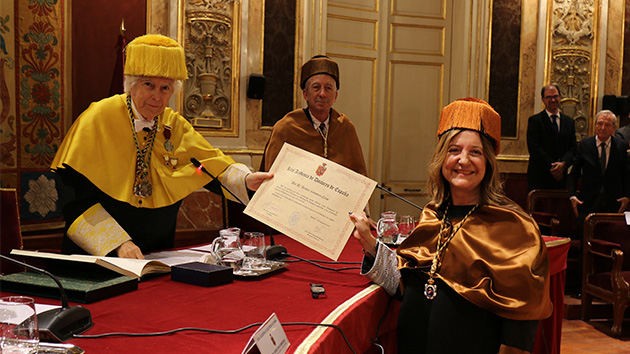 Beatriz Colomina, Howard Crosby Butler Professor of the History of Architecture, was inducted into the Real Academia de Doctores de Espana (Royal Academy of Doctors of Spain), in a ceremony in Madrid on the 19th of October, 2022. As part of the ceremony, she gave her inaugural discourse on the theme of “La Enfermedad como arquitectura” (“Illness as Architecture”). Professor Colomina now holds one of only four permanent positions in architecture in the Royal Academy of Spain.