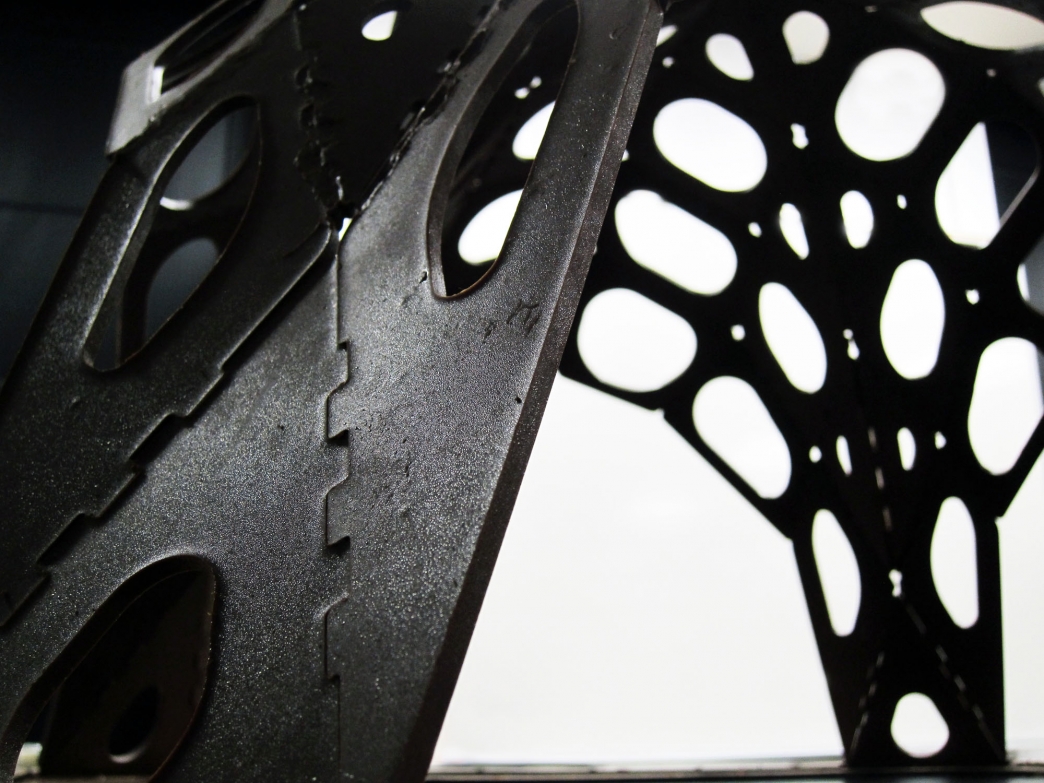 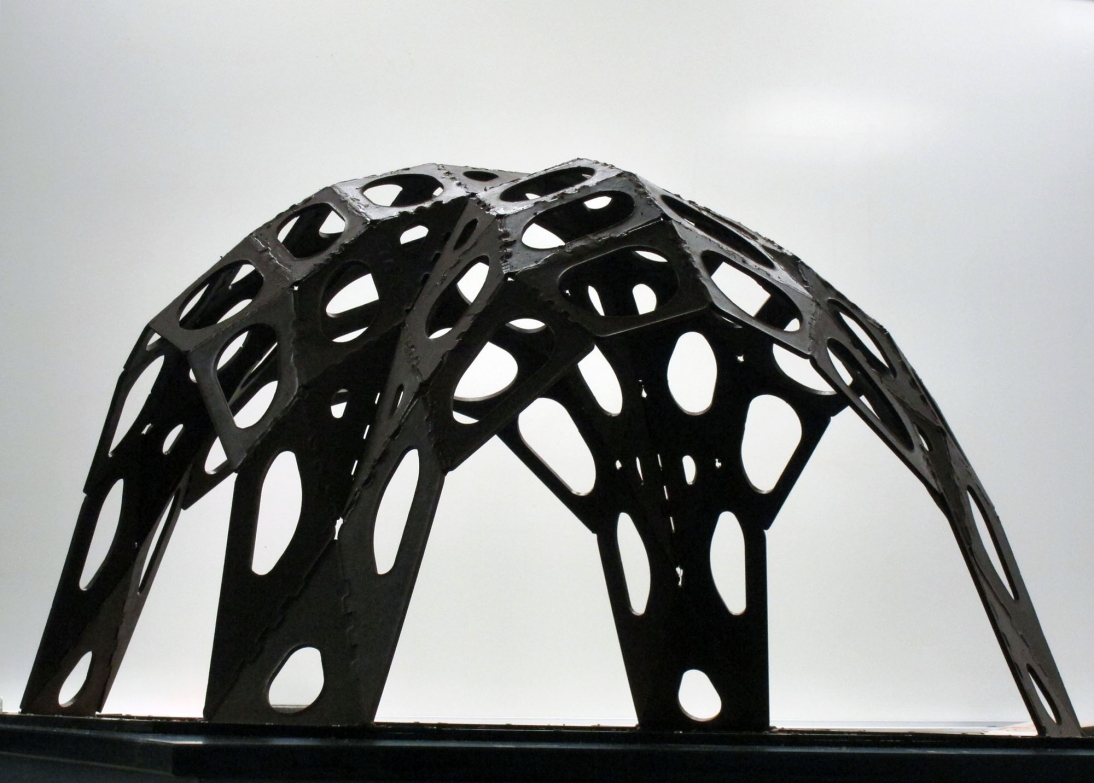 A photograph depicting "Chocolate Grid Shell 2013" by Alex Jordan in collaboration with Sigrid Adriaenssens and Axel Kilian is featured in the Princeton University Art of Science 2013 exhibit opening May 10 in the atrium of the Friend Center. A free, public reception for the exhibit begins today at 4:30.  The photograph was also featured in the New York Times Science section on May 6. The Art of Science exhibit consists of 43 images of artistic merit created during the course of scientific research. The works were chosen from 170 images submitted from 24 different departments across campus.

"A close-up of a prototype shell structure made from ¼ inch thick chocolate pieces that span 3½ feet. The shell is made of planar frames with variably sized voids connected together with liquid chocolate welds. Condensation from the humid surroundings gives the surface its luster. Given the challenge of designing a structure completely out of chocolate compounds, we took advantage of the properties of chocolate to create a shell structure system. Material testing revealed a compressive strength/weight ratio 24 times smaller than standard concrete. Without any form of reinforcing, this strength restriction dictated a form with minimal bending stress – an inverted hanging shell with voids. An integrated form-finding, void optimization, and mold layout process minimized self-weight. Pre-casting the pieces allowed for best control of material quality but added further design constraints. This prototype demonstrated how the parametric workflow allows design exploration informed by adjustable material constraints, further integrating design and construction into an interdependent process."