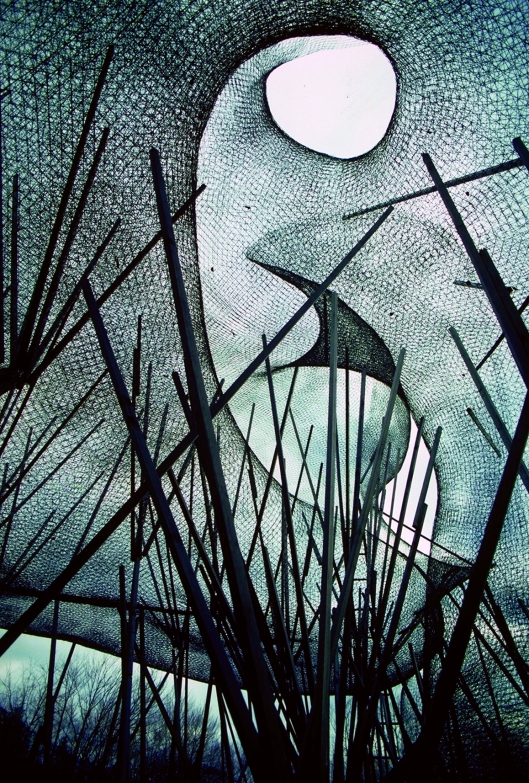 As social, environmental and political concerns became increasingly pressing over the course of the twentieth century, the question of form in architecture kept taking on more and more forms. The understanding of form in nature, form as the reification of power structures, the psychology of formal perception, the quest for form’s “interiority,” form as the catalyst of participatory processes, the phenomenology of form, the relationship between form and formalism—the ubiquity of form in our field cannot be taken but as a marker of its significance. Though everywhere, however, “form” in architecture is far from being sufficiently theorized. Rather, it tends to remain in the background of other narratives that are built into spheres peripheral to architecture. The ultimate goal of this dissertation is to develop a new conceptualization of architectural form centered around questions of three-dimensional configuration and internal spatial arrangement—as opposed to those relating to external envelope, volumetric outline or mass, which I make correspond to the domain of shape.

I hypothesize and show that the medium through which to make this contribution in the realm of form is a particular lineage within the tradition of the architecture-engineering hybrid. This tradition is, in fact, older than that of the figure who falls unambiguously in either of the two categories, architect or engineer. Within it, the lineage my study delineates is one which, I argue, appeared only during the second half of the twentieth century. Three case studies are examined—Italian Vittorio Giorgini (1926-2010), Israeli Michaël Burt (b. 1937), and Sri Lankan-born, London-based Cecil Balmond (b. 1943). Instead of each separately being regarded as architect-engineers in any customary sense, it is their work that I read together as featuring distinctive aspects within the architecture-engineering hybrid. Those have to do primarily with an approach to design which, while deeply inflected by an engineering valance, nevertheless yields the full range of spatial articulations that are characteristically architectural.

Overlooked in the scholarship, the work of Giorgini, Burt and Balmond is examined here in its capacity to induce the platform from which to extend the bounds of possibility of the concept of architectural form. In that regard, the idiosyncratic character of their formal production is essential for the purposes of this project, for it allows to access such a concept beyond received formulations, most of which revolved around so-called “canonical” architecture instead. As I explain, the engineering valance of their design procedures can not be separated from the fact that, despite their obvious differences—Burt closer to being a geometer, Giorgini to an artist, and Balmond embodying a stronger intellectual inclination—their work can be jointly discussed as featuring a self-defined rigor underlying the apparently capricious. Giorgini’s general hypothesis entailed that, whether a point, a segment, a triangle, a parallelogram or a symmetrical mesh, any geometric unit can be taken through a deformational sequence in such a way that an asymmetrical structure would be obtained similar to those existing in nature, where only curved lines and surfaces, he believed, could be found. Burt’s research gravitated chiefly around the study of systems of space subdivision based on polyhedra with double-curved surfaces—so-called “saddle polyhedra”—with incidental reference to analogous cases with planar surfaces. Balmond conceived abstract principles in such a way that opportunism, instinct and the capacity to seize the immediate became central to make any one contingent condition along the form-thinking process into another order.

Thus, whether through periodical continuity (Burt), geometrically controlled, topologically sound transformations (Giorgini) or sequences of relational templates (Balmond), all three sought to establish a consistent structure or logic originating what otherwise comes across as whimsical, random or just plain weird. It is in the negotiation of these two aspects, and therefore as an index of that which sets apart the production of each author in terms of such a negotiation, that the question of disposition is posited as central—if composition emphasizes fixity and visual considerations, disposition is taken here to release a sort of open order. As a result, this dissertation captures form’s patterned idiosyncrasy, viz., a qualitative realm of form that is defined within the liminal space between the idiosyncratic and the lawful, or in other words, between that which falls outside received ways of grouping resemblances and differences, and that which is rule-governed.